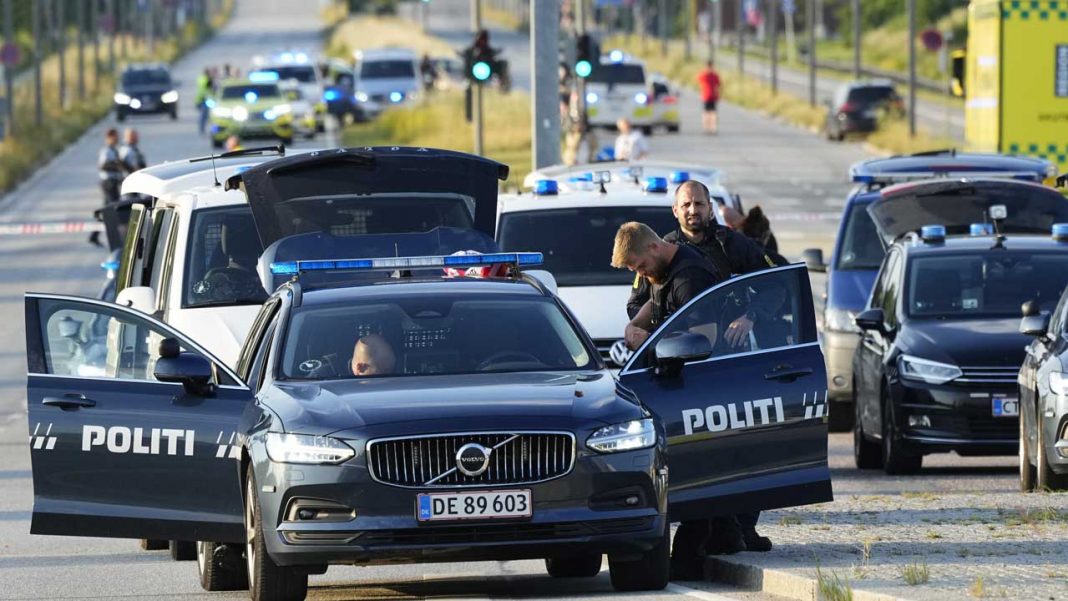 Gunfire in a Copenhagen mall Sunday left several victims, Danish police said, adding that they had arrested one person in connection with the shooting, but did not give details on a potential motive.

Police reinforcements have been deployed around the large Field’s mall in the Amager district between the city centre and the airport, Copenhagen police wrote on Twitter.

“We’re on the scene, shots were fired and several people have been hit,” they said.

Images from the scene showed women carrying their children and ambulance personnel carrying people away on stretchers.

“Terrible reports of shooting in Fields. We do not yet know for sure how many are injured or dead, but it is very serious,” Copenhagen’s mayor, Sophie Andersen, said in a post to social media.

According to public broadcaster DR, at least three people were being treated in hospital.

Eyewitnesses quoted by Danish media said they saw more than 100 people rush towards the mall’s exit as the first shots were heard.

“We could see that many people suddenly ran towards the exit and then we heard a bang. Then we ran out of Field’s too,” Thea Schmidt, who was in the mall at time of the attack told broadcaster TV2.

One arrest
Police had urged people in the building to wait inside for their arrival and called on others to keep away from the area.

In addition, police asked that witnesses get in touch with them and called on those that had visited the shopping mall to contact their relatives.

“One person has been arrested in connection to the shooting in Fields. Currently we are unable to say anything else about their identity,” Copenhagen police later said in a post to Twitter, but gave no details on a potential motive for the shooting.

At around 7:30 pm (1730 GMT), roads around the mall were blocked, the subway was stopped and a helicopter was flying above, according to an AFP correspondent at the scene.

Heavily armed police officer prevented onlookers from approaching and locals from returning to their homes.

The shooting comes just over a week after a gunman opened fire near a gay bar in Oslo in neighbouring Norway, killing two people and wounding 21 others.