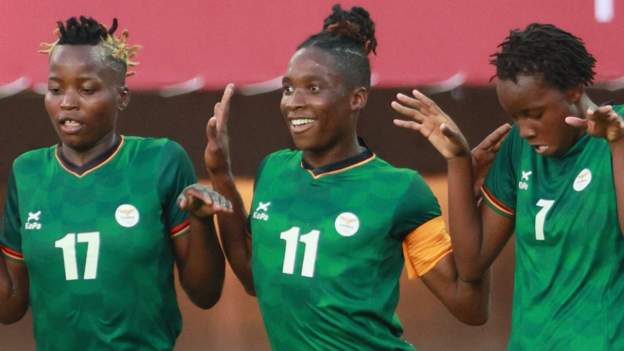 Zambia’s hopes at the 2022 Women’s Africa Cup of Nations were dealt a severe blow on Friday when captain Barbra Banda was ruled out for medical reasons on the eve of the tournament.

The 22-year-old striker, who shot to fame at last year’s Olympics when scoring back-to-back hat-tricks, was expected to be a leading light at the finals in Morocco.

The WAFCON starts on Saturday, with Zambia playing their first game – against Group B rivals Cameroon – on Sunday.

“It is devastating for the team because Barbara’s presence means a lot for us and Zambia because of the amazing things she has done in the past and the amazing personality she holds,” said goalkeeper Hazel Nali.

“However, this is an opportunity for each player to step out and play this tournament in her name.

“So our target remains the same to do well at the Africa cup and qualify to the Women’s World Cup.”

After meeting three-time runners-up Cameroon, Zambia meet Tunisia, back at the finals for the first time in 14 years, and debutants Togo.

Nigeria are the reigning champions and the dominant force in African women’s football, having won nine of the 11 continental championships ever played.

The final of the tournament, which has expanded from 8 to 12 teams for the first time, will be played in the Moroccan capital Rabat on Saturday 23 July.