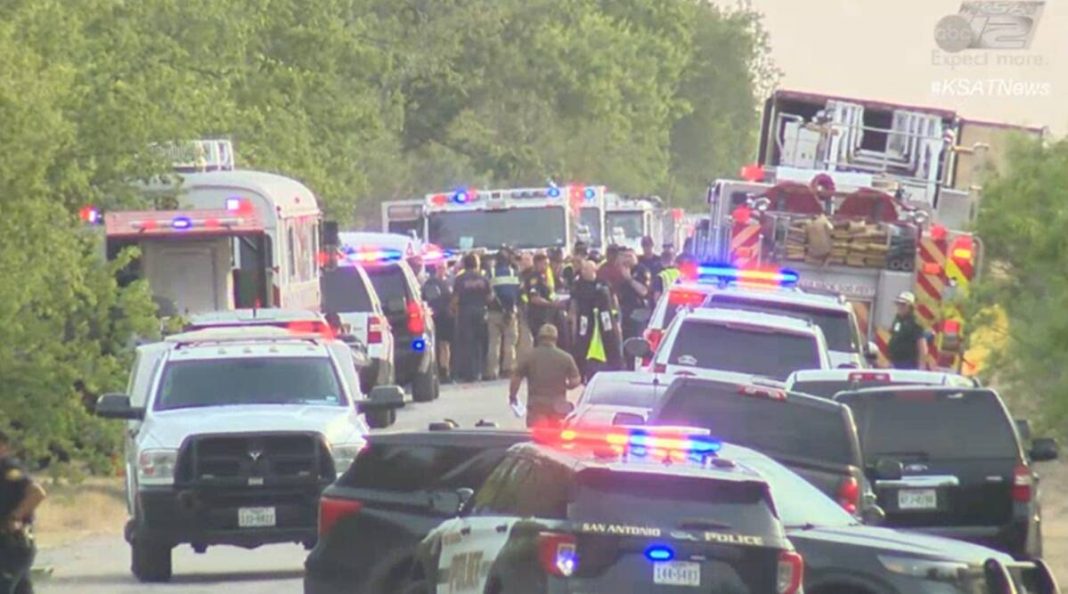 The suspected driver of a truck packed with dozens of migrants who died in blazing heat during a Texas smuggling attempt was allegedly under the influence of methamphetamine when police encountered him, a U.S. lawmaker told Reuters, citing information from law enforcement.

San Antonio police officers found Homero Zamorano Jr, a Texas native, hiding in brush near the abandoned tractor-trailer on Monday, according to documents filed in federal court on Thursday. Fifty-three migrants lost their lives, making it the deadliest trafficking incident on record, in the United States.

US Representative Henry Cuellar, a Democrat whose district includes the eastern part of San Antonio, told Reuters on Thursday that Zamorano was found to have had methamphetamine, a powerful synthetic drug, in his system. Cuellar said he was briefed on the matter by U.S. Customs and Border Protection (CBP), but did not know how authorities made that determination.

A CBP official, speaking on the condition of anonymity, separately told Reuters that Zamorano had methamphetamine in his system. Reuters was not immediately able to independently confirm the accounts of the alleged drug use.

Zamorano, 45, appeared in federal court in San Antonio on Thursday where human trafficking charges against him were read. If convicted, he will face a maximum sentence of life in prison or the death penalty and up to a $250,000 fine, he was told.

He was accompanied by public defender Jose Gonzalez-Falla, who declined to comment on the case. U.S. Magistrate Judge Elizabeth Chestney said Zamorano would be held in custody until his next hearing, on July 6.

Officials described finding the trailer’s rear door ajar with bodies stacked inside that were hot to the touch. In nearby brush, officers discovered other victims, some deceased. They found Zamorano hiding near the victims and escorted him to a local hospital for medical evaluation, prosecutors said. Mexican officials said he had tried to pass himself off as one of the survivors.

The truck had been carrying migrants from Mexico, Guatemala, Honduras and El Salvador and was found in a desolate, industrial area near a highway on the outskirts of the US-Mexico border.
Temperatures in the area that day had soared as high as 103 Fahrenheit (39.4 Celsius), and authorities called to the scene found no water supplies or signs of working air-conditioning inside the cargo trailer.

Prosecutors allege Zamorano conspired with Christian Martinez, 28, who was also charged with a human trafficking offense. Martinez on Monday sent a photo of a truck load manifest to Zamorano, who responded by saying, “I go to the same spot,” a federal investigator wrote in a court filing Wednesday.

Martinez repeatedly messaged Zamorano in the hours after, but received no reply, wrote Nestor Canales, a special agent with Immigration and Customs Enforcement’s (ICE) investigations division. Martinez sent messages including “Call me bro” and “Wya bro,” meaning “where you at,” Canales wrote.

A confidential informant for ICE and the Texas police spoke with Martinez after the incident, Canales wrote. Martinez told the informant, “The driver was unaware the air conditioning unit stopped working and was the reason why the individuals died,” Canales added.

Reuters was unable to reach Martinez for comment. Martinez, who is in official custody, made an initial appearance in a court in the Eastern District of Texas on Wednesday.

Along with 27 Mexicans, the victims included 14 Hondurans, eight Guatemalans and two Salvadorans, Mexican and Guatemalan officials said. Others, including minors, remain hospitalized.

A spokeswoman for Guatemala’s foreign ministry told Reuters it was unclear whether two of the Guatemalans identified on Thursday had died on Monday or at a later date.

Among the dead were Pascual Melvin Guachiac, 13, and Juan Wilmer Tulul, 14, both from Guatemala, the country’s foreign ministry wrote on Twitter. The two were cousins who left home two weeks ago to escape poverty, Guachiac’s mother was quoted by Guatemalan media.

Also among the victims was Yazmin Nayarith Bueso, who left Honduras nearly a month ago. Her brother said she had gone a year without a job. “She looked and looked and couldn’t find anything, and became desperate,” Alejandro Bueso told a Honduran television program on Thursday.

Officials believe the migrants boarded the truck on the US side of the border with Mexico.
Surveillance photographs captured the truck passing through a border checkpoint at Laredo, Texas, at 2:50 p.m. CT (1950 GMT) on Monday, before the migrant passengers are believed to have boarded.

Cuellar, the Texas lawmaker, said the migrants had likely crossed the border and gone to a “stash house” before being picked up by the trailer and passing the Encinal checkpoint. They likely then went into San Antonio and experienced mechanical issues that left them in the back of the truck without air conditioning or ventilation,he added.
Another truck carrying migrants headed for San Antonio evaded the Encinal checkpoint on Thursday, crashing into the back of a tractor-trailer after a chase and killing four on board, according to Mexican authorities.

Two other men suspected of involvement in Monday’s incident, Mexican nationals Juan Claudio D’Luna-Mendez and Francisco D’Luna-Bilbao, were charged on Tuesday in the US federal court with possessing firearms while residing in the country illegally. A preliminary hearing for the pair is set for Friday.

D’Luna-Mendez’s attorney, Michael McCrum, said his client is a twenty-one-year-old carpenter who has been in the U.S. since childhood and had “nothing to do with” the tragedy. McCrum said he believed the other man charged was his client’s father.Charging documents in the case said the truck’s registration was tracked to the men’s address. “They are arresting anyone they can,” he added.