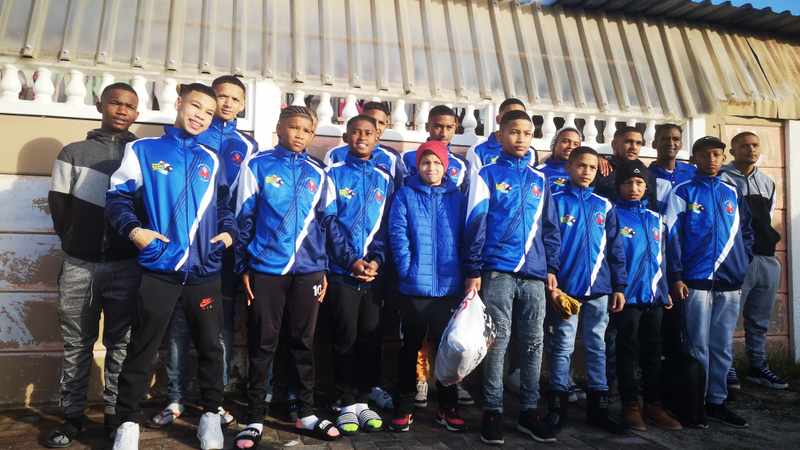 Cape Town – As a journalist, I am often inundated with messages through all social media platforms on a daily basis. But the moment I received this WhatsApp message about a week ago, little did I know this would change the lives of the kids involved, and alter the course of their youth, for the better.

This is the text I received on WhatsApp:

“Hi Chad, my nephew has been given the opportunity to represent the Western Cape pool union in Saldanha. We were informed on Friday that he leaves on 25 June. We only have this week to raise enough funds for him to go. He needs to raise R5 000 by 24 June in order to compete in the championship. Please do attend his fund-raiser event. If you are unable to attend please do make a donation directly to his account. Thank you in advance.”

After I received this message, I reached out to my colleague Robin-Lee Francke, and I asked her if she could assist me in sharing these talented kids’ story. She picked it up, no questions asked.

As someone who comes from Steenberg, I know first hand the challenges that young people face. There is little to no support for young people in Lavender Hill, let alone facilities that in these areas that can keep these youngsters busy and focusing on their future. They are so talented.

Long story short, the story was published and we moved on with our lives, not knowing what was to come.

Here’s an excerpt from the original article:

“Alonzo Joseph, from Montague Village in Cape Town, is hoping to make his dream a reality by attending the 2022 Eight Ball Pool Championships in Saldanha Bay from June 26 until July 2.”

A few days after the story was published, I received a call from little Alonzo’s mom, Tashnica Joseph, who told that she was overwhelmed by the outpouring of love and donations from South Africans as well as people around the world who read the article Robin-Lee Francke had written.

Alonzo, 10, was meant to head to the tournament with only a few other youngsters, but since the story went viral, the mother informed us that she is now able to assist the other kids get to Saldanha as well.

Moegsien Slarmie taught young Alonzo how to play pool at the tender age of 4.

The Grade 4 learner at Prince George Primary School is a member of the Western Province team and hopes to change his life by competing in the sport.

“I started playing pool at the age of 7 and then I became a Western Province player.

“I got a chance to play at a championship when I was 8 years old but my parents were not financially stable at the time,” Alonzo told .

Alonzo, who practises every day, is excited about the golden opportunity which came knocking at his door again.

Due to Covid-19, Tashnica and her husband lost their jobs.

Speaking to , his proud mother, Tashnica Joseph, 34, said raising the funds to afford her only son the opportunity has been difficult since she and her husband lost their jobs after the company they worked for closed down due to the Covid-19 lockdown.

“Due to , my son got sponsors from people with very good hearts and I want to thank them for what they did for my son. Not only for my son but to some kids whose parents struggle like I did. Your donations helped other kids as well.”

“I want to thank , Heart FM, Cape Talk, The Daily Voice and as well as my son’s school. My family and friends as well, not many could support with monetary donations but I appreciate everyone who helped.”

Tashnica told me that there were days that she cried by her mom and friends because she didn’t know how she was going to do this but says that her mom kept her in her prayers as well as her friend Reginald encouraged her daily not to give up.

“What I did was not only for my son but other kids as well, I am blessed and these Champs of Montague Village and Hillview. My heart longs for these kids to have a proper pool shop to practise in a secured and safe environment. I would like to start an NGO for sport, especially the pool kids.”

“Our kids don’t get any funding from government but there is so many in our surrounding areas representing the Republic of South Africa. I’m angry that so many think our area only exists of gangsters. Watch this space, we have talent here. All they need is a support structure to always be by their side. I hope every door of blessings open up to these kids.”

“I want to thank Shane Stones and Yusuf Attwood for always being there for these kids, what you do is amazing. No words can describe how appreciated you are by parents. We would like to provide skills for the youth in our area as well.

“To the educators of Prince George Primary and the learners, I want to thank you for your donations. I’m so grateful.”

Alonzo’s mom said her aim for the future is to have their own pool shop that looks like the National Venue, so that more kids can get involved in the sport.

On Saturday June 25, I headed to Lavender Hill to see the boys off on their trip to the nationals. They were so excited, the faders (popular hair style on the Cape Flats) were in, they were wearing their swanky Pool Western Cape tracksuits and ready to take on the nationals.

When you go to a coloured community and you see the uncles and aunties standing outside in their gowns early on a Saturday morning, you must know that something big is going on, and this was an opportunity for the community of Lavender Hill to celebrate.

Everyone standing in the street had this immense sense of pride and joy on their faces, despite their circumstances. As I was standing and interacting with the kids, one aunty told me that Lavender Hill is not all bad, the world just chooses to focus on the bad, she said.

“Many told me keep the donations to myself but I can’t because I was not reared like that. My parents taught me if you have too much that I must share,” Tashnica said.