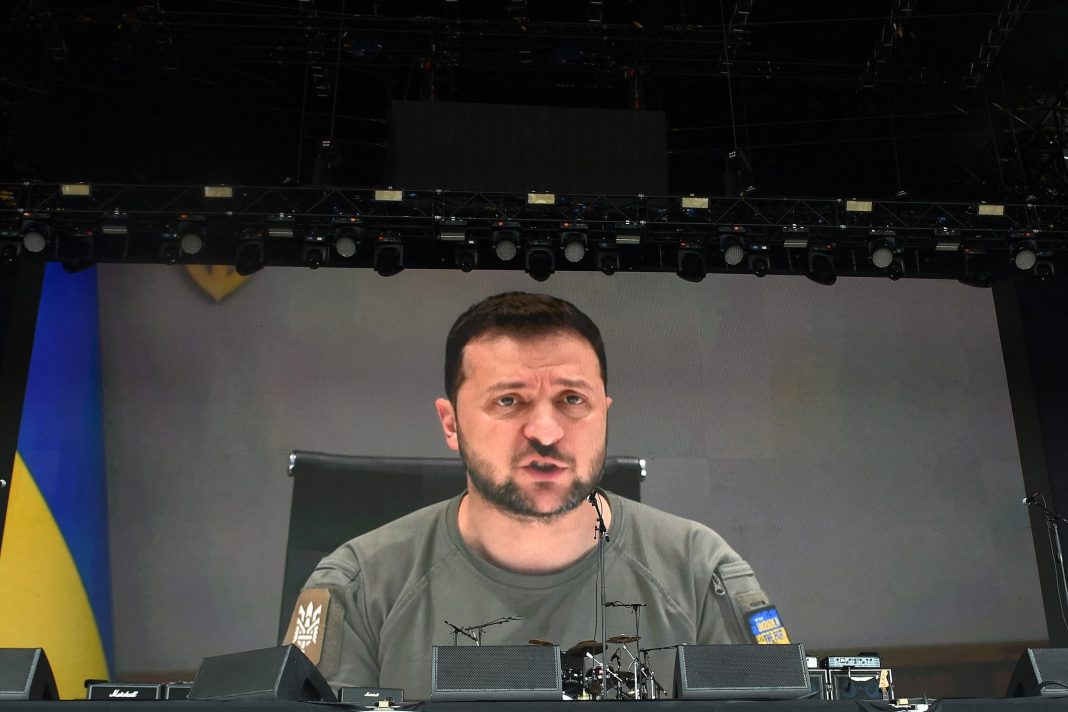 Ukraine’s President Volodymyr Zelensky on Friday put in an appearance at the Glastonbury music festival, urging revellers to band together to try to stop the conflict with Russia.

Zelensky made his appeal in English in a recorded video message to tens of thousands of festival-goers in southwest England before the start of a set by The Libertines.

Wearing his now-trademark military green t-shirt, he told the festival at Worthy Farm that “Russia has stolen our peace”.

“The pandemic has put on hold the lives of millions of people around the world,” he said.

“We in Ukraine would also like to live life as we used to and enjoy the freedom and this wonderful summer.

“But we cannot do that because the most terrible (thing) has happened.”

He urged the crowds, returning to the festival for the first time since 2019, to “spread the truth about Russia’s war” and help Ukrainian refugees.

“Put pressure on all the politicians you know to help restore peace in Ukraine. Time is priceless and every day is measured in human lives,” he added.

Zelensky has made a series of appearances around the world via video-link from Ukraine, including an address to the UK parliament, European Parliament, and US Congress.