LOOK: How a Ugandan village is bringing life back into its soils 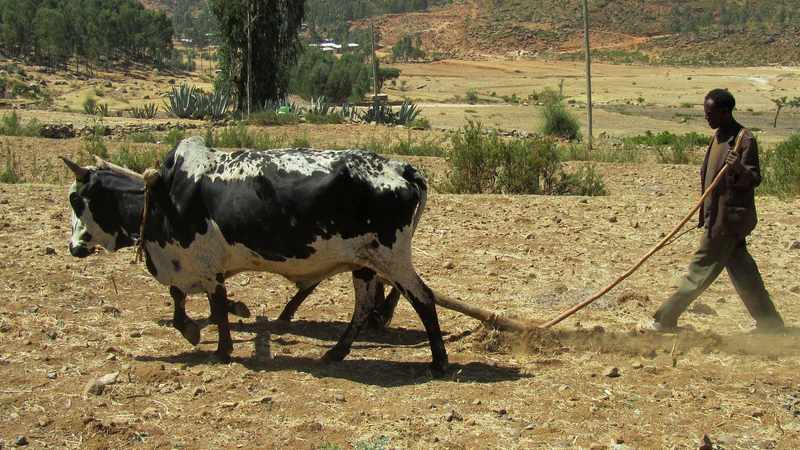 Instead of its usual soft dark brown, the soil appeared to have a yellowish hue, which the farmers later learned was an indicator that the nutrients in the soil were severely depleted. The texture was slowly becoming cracked, dry, and dusty, with more and more farmers seeing the decline in soil health almost monthly.

With no other option but to adapt, farmers and other community members joined forces to integrate agro-ecological practices into their farms. This method aids in soil protection and prevents soils from turning into a desert, a process fuelled by climate change.

Agro-ecology is a production system which takes into account the interaction and relationships between plants and animals, diversifies crops on farms, regenerates soils, and uses organic fertilisers in food systems.

Climate Tracker reported that around 30 household smallholder farms in Kkanya adapted their production to agro-ecology, as it has proven to be efficient, cost-effective, and affordable for farmers. “We are now growing and maintaining food forests, not gardens’’ said Kalumba, one of the Kkanya farmers.

Kkanya is located in Uganda’s “cattle corridor”, which covers approximately 40% of Uganda’s land surface, an area highly dependent on agriculture. However, climate change and other anthropological disturbances have posed a significant threat to the livelihoods of several local communities.

“In the recent past, we have observed high soil erosion and decreased soil fertility and productivity. The available options of using fertilisers and other highly commercial practices did not help,” Kalumba told Climate Tracker.

According to a 2016 report by the United Nations Development Programme in Uganda, the cattle corridor exhibits serious land and resource degradation driven by overgrazing, irregular agricultural practices, and charcoal production, lead to widespread deforestation.

“We are working on maintaining moisture and carbon in our soils, and we are moving from chemically intensive agriculture to what our forefathers did, and we are getting better yields,” said Sarah Nangendo, a farmer and teacher in the region.

The villages are part of an initiative organised by the Ministry of Local Government in Uganda, which hosts seminars and workshops for farmers to learn agro-ecology, including how to mulch, inter-crop legumes with grains, and merge sustainable methods into their agriculture and livestock practices.

These workshops teach the community about organic fertilisers, reduced tillage, irrigation, biological pest control, and cultivar choice. Although many indigenous farming methods were abandoned in favour of monoculture production, the agroecological methods being taught are not new to the farmers, and indigenous communities have been using some of these techniques for generations.

“When we were growing up, our grandparents and parents used to manage their own seeds and practised mulching and inter-cropping. We had a mix of food items on our menu, including fruits, vegetables, and grains, and nutrition was good,” says Ms Ikhanza, a resident of Kiwamirembe, also located in Mityana.

Kalumba and the rest of the community decided to incorporate these ideas into their farms, which has helped them to revitalise the soil’s health, encourage soil protection, and improve agriculture production and resilience.

“I am now happy because since we started agro-ecology, our yields have improved, and my family is able to have enough food and income throughout the year. We now spend time on nourishing our soil, so it is able to feed us,” the farmer added.

To prevent the country from increasing hunger and poverty due to declining soil fertility, Uganda should scale up efforts to help farmers adopt regenerative systems in agriculture, several local experts said.

Miriam Talwisa of the Climate Forum Uganda, a local NGO working with communities to adapt to climate change, asserts that small-scale farming communities have the potential to resist climate impacts by switching to agro-ecological systems.

She added that the most significant barriers are access to information, knowledge about agro-ecology practices, how to implement them at the local level and financing.

Agriculture is the backbone of the Ugandan economy, with over 70% of the population involved in a certain aspect of the value chain. Rather than falling victim to the climate crisis, local communities like Kkanya are stepping up to create a shift in how people farm and interact with nature.