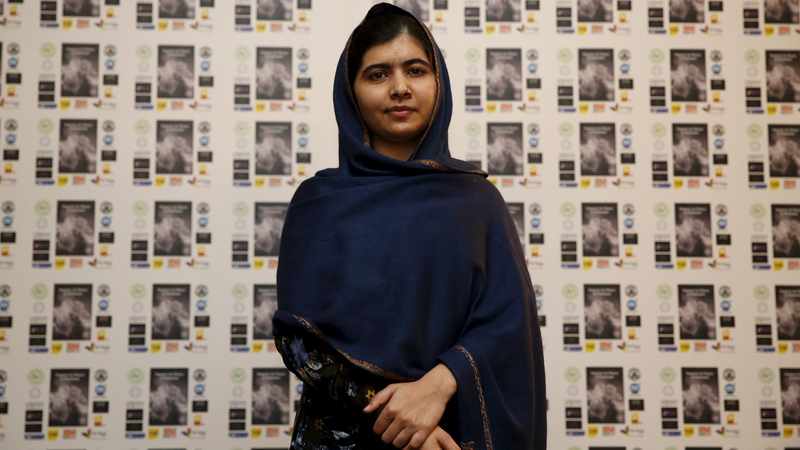 Johannesburg – Pakistan’s Malala Yousafzai Malik, who has been advocating for the rights of women and children since she was just 11, has been awarded the ’s Children’s Prize (WCP) Decade Child Rights Hero at an event held at the Gripsholm Castle in Mariefred, Sweden.

The awards are voted by children from around the world.

Malala, who has global recognition as a young activist, survived being shot in the head by Taliban in an attempt to silence her at the age of 15.

The Nobel Prize winner refused to be silenced, instead she was more empowered to fight for equality for young girls.

She has since started the Malala fund that supports local activists in Pakistan, Syria, Nigeria and other parts of the world where girls are affected by injustices and violations of their rights.

In accepting her award, she said: “I was honoured to receive the ’s Children’s Prize in 2014, and today to have this title as Decade Child Rights Hero added is a huge honour.

“I hope that it will give me more motivation to continue my activism for girls’ education. I have this mission to see all girls receiving safe, quality and free education. “Right now all over the world there are 127 million girls who don’t have access to school. These girls have dreams, just like us,” Malala said.

Over two million children from around the world voted for her.

Malala is also the second recipient of the award, the last time was in 2010 when the honour went to the late former president Nelson Mandela and his wife, Graça Machel.

The WCP programme is one of the world’s biggest annual education initiatives, empowering children in human rights, democracy and sustainable development.

The awards took place at Gripsholm Castle in Mariefred and honoured seven other child activists that were awarded alongside Malala.

They are child soldier rescuer Murhabazi Namegabe of the Democratic Republic of Congo, rescuer of trafficked children James Kofi Annan of Ghana, Rachel Lloyd of US, who campaigns against the commercial sexual exploitation of children, Ashok Dyalchand of India, who fights for schooling for girls and against child marriage and Phymean Noun of Cambodia, who gives children access to education.

Two of the award recipients, Anna Mollel of Tanzania and Manuel Rodrigues of Guinea Bissau, have died. They both fought for the rights of children discriminated against because they were differently abled.

Marlene Winberg of the WCP said: “All eight are previous recipients of the ’s Children’s Prize, often referred to as the ‘children’s Nobel Prize’ by media around the world. The candidates have been fighting for the rights of vulnerable children for a combined total of over 200 years.

“They give hope and a better life to child soldiers, trafficked children, children who experience discrimination because they are differently abled, girls who are survivors of the commercial sexual exploitation of children, forced into child marriage or to quit school.”

Meanwhile, in accepting her award, musician Yanga Sobetwa said in her speech: “With all the negative things happening around our country, I feel that as a city and province we should celebrate achievements like these as an inspiration to other youth who might not know of opportunities out there for them to achieve.”

The event which took place on Tuesday, was delayed by over two years due to the Covid-19 pandemic.

The event was led by children from 12 countries, including Sesethu from CapeTown, who represented children who are deaf and demand respect for their rights.