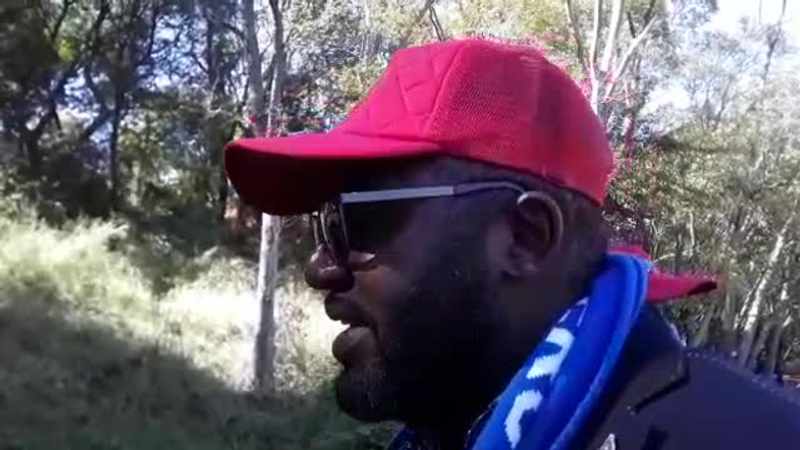 Pretoria– The Economic Freedom Fighters (EFF) is unrelenting in its demand that France withdraw its presence from the African continent, marching to the French Embassy on Wednesday.

EFF members and supporters alike gathered at the Magnolia Dell Park in Brooklyn where they kicked off their procession.

Citizens from other African countries were also present in support of the red berets picket.

Vice President of the Federal Republic of Ambazonia, Dabney Yerima told that they too want France to refrain from “harassing” the people in Ambazonia.

Ambazonia is also know as Amba Land and came into existence as a breakaway state in West Africa constituting of the North-west and South-west regions of Cameroon.

Yerima lauded the EFF for organising the picket, adding that the action would raise awareness of the atrocities that France is allegedly carrying out on the continent.

He accused France of using its power and influence to take over Africa.

The leadership of the @EFFSouthAfrica joined the protest march to the #French embassy to demand that France leave Africa. 📷 Oupa Mokoena/ @AfriNewsAgency @ #EFFAfricaDayPicket #AfricaDay pic.twitter.com/9Mm027cM0R

“The war of genocide that is going on in our territory is being caused by French and support because their whole role is to assimilate our people because of their interest in our natural resources,” he said.

He stated that Africans are not happy with how France is operating across the African continent.

EFF leader Julius Malema was expected to address members of the EFF outside the Embassy.