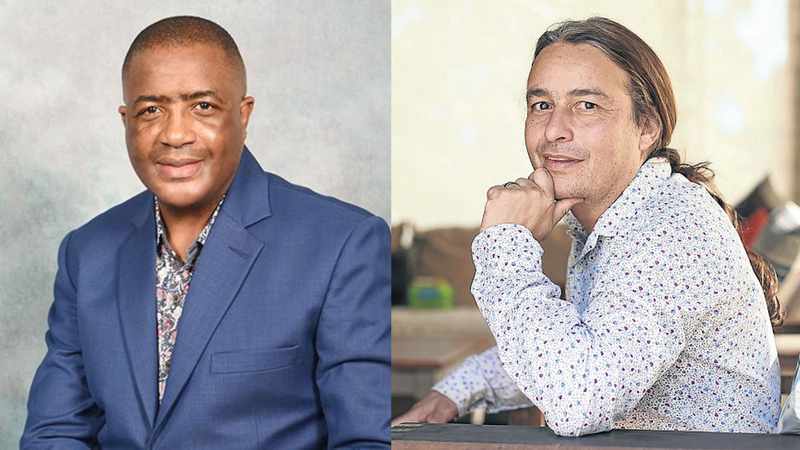 Two leading Southern African scientists have been selected for this year’s Time 100 Most Influential People list for their work in the field of genomics and epidemiology.

Professor Tulio de Oliveira and Dr Sikhulile Moyo were honoured for leading the multidisciplinary team who discovered the Omicron variant in November 2021.

The Omicron variant quickly became the dominant variant of the virus globally and drove the fourth and fifth wave in South Africa.

De Oliveira is the director of Stellenbosch University’s (SU) Centre for Epidemic Response and Innovation (CERI) and has played a vital role in advising the National Coronavirus Command Council (NCCC).

Moyo is an SU alumnus who obtained his PhD in Medical Virology at the university in 2016 and currently serves as laboratory director at the Botswana Harvard Aids Institute Partnership (BHP).

De Oliveira said the Covid-19 pandemic reminded local researchers that they have the facilities and capability to deal with infectious viruses and respiratory pathogens.

“The fact that SU has produced two of TIME’s most influential people in the world is proof that the university and our group are deeply committed to truth, to conducting scientific research of a very high quality in South Africa, and on the continent, and, most importantly, to capacitating the next leaders of Africa,” he said.

Moyo, who is also a research associate of the Harvard T.H. Chan School of Public Health, has been serving as a member of Botswana’s Covid-19 presidential task force and continues to contribute to that country’s national response.

“The only way we can succeed is by collaborating and continuously sharing ideas. Success in science comes through genuine collaboration,” said Moyo.

Director of the Africa Centres for Disease Control and Prevention (CDC), John Nkengasong, said the world benefited from the work of De Oliveira Moyo.

“Every generation has people who inspire subsequent generations. Sikhulile and Tulio have the potential to be that for people who will work in public health and genomics. We have not seen the end of their contributions,” he said.

Not the kind of thing that I would Tweet about.
But just listed by #TIME as one of the 100 most influential people. However, this was together with Dr. Sikhulile Moyo, a past Ph.D. student, who become a scientific leader, this I am really proud of! https://t.co/MhWZlfoJPM pic.twitter.com/4lUO4bWZ0X