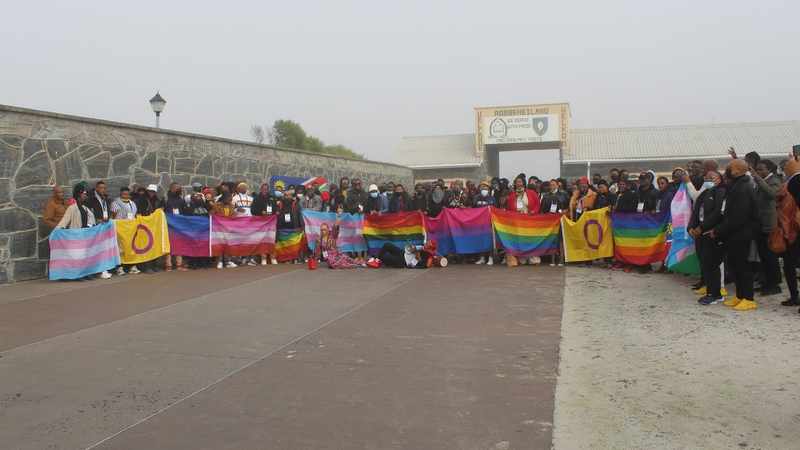 Johannesburg – The LGBTI community remembered one of South Africa’s freedom fighters, Robert Sobukwe, at Robben Island as part of the Africa Day celebrations.

Under the theme, rollbacks, resilience, and reinvention, the Robben Island Museum and the Other Foundation hosted over 200 LGBTI activists from 13 Southern African countries.

RIM said the event was a platform for the LGBTI activist community to analyse contextual changes and strategise together about how to advance the freedom, equality, safety, and inclusion of LGBTI people, their organisations, and their movement across southern Africa.

“We believe that holding this year’s kopano (translated as a family or community gathering to discuss an important issue) in Cape Town in partnership with Robben Island Museum, which is a symbol of the triumph of the human spirit over adversity, will further advance the struggle for the freedom, equality, recognition of human dignity, and social inclusion of LGBTI people,” said Neville Gabriel, CEO of The Other Foundation.

“’Remember Africa, Remember Sobukwe’ was the name of the exhibition that paid tribute to one of Africa’s freedom fighters Robert Mangaliso Sobukwe.

“The exhibition was launched at the Nelson Mandela Gateway to Robben Island on Tuesday 3 May 2022, with a reflection on the life and times of Sobukwe on Robben Island.” Said Kuhn