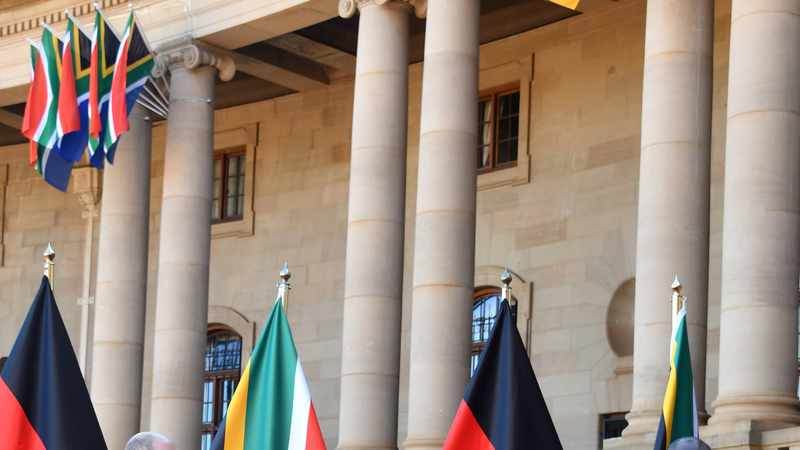 Pretoria – The agenda to place Africa at the forefront of vaccine production was yet again thrust into the spotlight on Tuesday during German Chancellor Olaf Scholz’s official visit to South Africa.

Scholz met his counterpart, President Cyril Ramaphosa, at the Union Buildings, where the two discussed ways in which Pretoria and Berlin could strengthen economic and social ties.

“The Federal Republic of Germany has been a dependable partner and supporter of our efforts to manage the Covid-19 pandemic.

“We have expressed our gratitude to Chancellor Scholz for the assistance Germany has given, not just to South Africa but to the continent of Africa as well,” Ramaphosa said.

He added: “We have also discussed the support that Germany can lend to our efforts to ensure that (Covid-19) vaccines produced in Africa are given a greater market share in developed countries and that vaccines destined for the African population should be produced locally here in Africa.”

In November last year, South Africa, France, Germany, the UK and the US, along with the EU, announced an ambitious long-term Just Energy Transition Partnership – a bid to support South Africa’s decarbonisation efforts.

Scholz and his delegates were set to visit Sasol Place in Sandton later on Tuesday to launch a historical partnership for the development of carbon emission reduction, which Ramaphosa said would include green hydrogen.