Russia-Ukraine war: A recap of the third month of Putin’s invasion 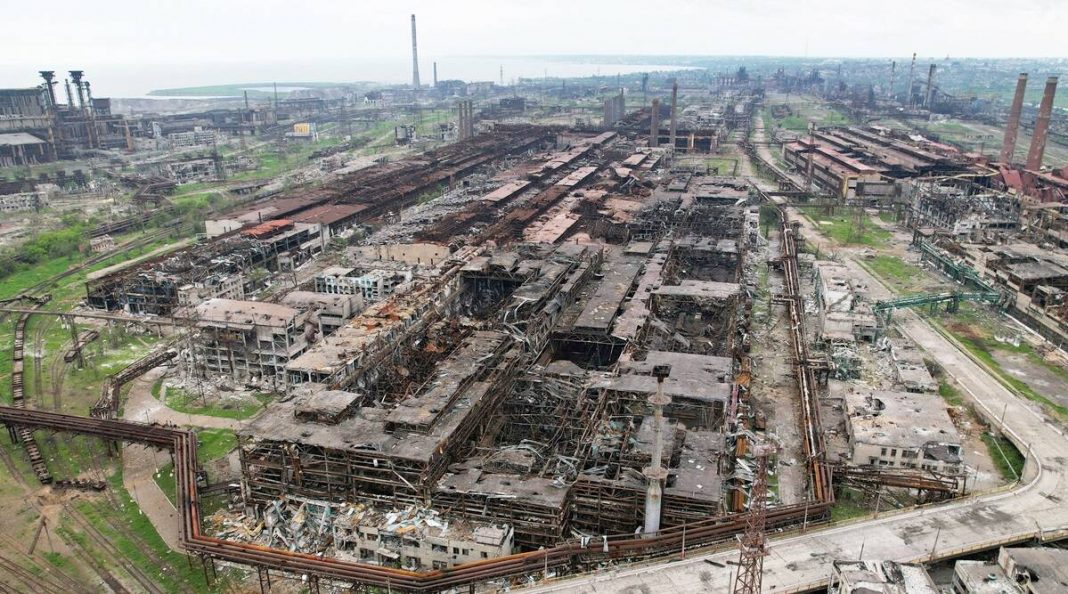 The fall of Mariupol, the battle for Kharkiv, the shifting of focus to Donbas and the impending expansion of Nato membership — much has happened in the third month of the Russian invasion of Ukraine.

Since the Russian troops first set foot in Ukraine’s towns and cities on February 24, the war initiated by Russian President Vladimir Putin has changed shape. Russian soldiers who had been battling to gain control of the port city of Mariupol scored a significant victory after they gained control of the Azovstal factory which had become an emblem of Ukrainian resistance. However, further to the northeast, Ukrainian troops have wrested control of the second-largest city of Kharkiv.

Meanwhile, the European Union is mulling imposing an embargo on Russian oil imports “within days”, said Germany. The embargo proposal had been complicated by the dependence of several European countries on Russia for their energy needs. Hungary’s objection too had complicated matters. It had termed the proposal an “atomic bomb” for Hungary’s Russia-dependent energy economy. EU needs support from all 27 members to pass the sanctions.

Here is an overview of what happened in the third month of Russia’s “special military mission” in Ukraine.

The month-long siege of the port city of Mariupol ended last week after numerous Ukrainian soldiers left the sprawling Azovstal steel plant. While Russia termed it a mass surrender, Ukraine avoided using that word but instead said that the unit had completed its mission. While the exact number of the Ukrainian troops in Russian custody is unknown, Moscow has put the number at well over 1,730.

Ukrainian servicemen sit in a bus after they were evacuated from the besieged Mariupol’s Azovstal steel plant, near a remand prison in Olyonivka, in territory under the government of the Donetsk People’s Republic, eastern Ukraine, May 17, 2022. (AP)

The focus has now shifted to the status of the surrendered Ukrainian soldiers. Concerns for the welfare of the Ukrainian troops had mounted after a Russian lawmaker said Tuesday that Russia should consider the death penalty for what he called nationalist fighters from Ukraine’s Azov regiment. Ukrainian leader Volodymyr Zelenskyy has called for a “prisoner swap” with Russia and registered the troops as prisoners of war to facilitate this. He has also called on his allies to put pressure on Moscow to facilitate this. “We do not need the Russian servicemen, we only need ours,” Zelenskyy said, as per a Reuters report. “We are ready for an exchange even tomorrow.”

A 21-year-old Russian soldier, accused of killing a Ukrainian civilian in Sumy, was sentenced to life in prison in the first war crimes trial since the start of the Ukraine war. Sgt. Vadim Shishimari had pleaded guilty before the court and testified that he shot a civilian on orders from two officers.

Shishimarin, a member of a tank unit, apologised to the man’s widow in court. Shishimarin had told the court that he at first disobeyed his immediate commanding officer’s order to shoot the unarmed civilian but had no choice but to follow the order when it was repeated forcefully by another officer.

Starbucks Corp and McDonald’s Corp, two long-term fixtures in the Russian market, joined a slew of Western companies leaving Moscow following the war. Seattle-based Starbucks has 130 stores in Russia, operated by its licensee Alshaya Group, with nearly 2,000 employees in the country. McDonald’s last week said it was selling its restaurants in Russia to its local licensee Alexander Govor to be rebranded under a new name, but will retain its trademarks. A slew of other Western companies, including France’s Renault, Imperial Brands and Shell, are cutting ties with the Russia market by agreeing to sell their assets in the country or handing them over to local managers.

Finland and Sweden formally applied to join the Nato alliance, signalling a major shift in the Nordic countries’ foreign policies. The two countries had maintained neutrality over the course of the past few decades, including the Cold War. (Here’s what the rest of the process would look like.)

However, in a surprise move,  Turkey has expressed sharp reservations about allowing the two nations into Nato. Turkish President Recep Tayyip Erdogan said that he cannot allow them to join due to their alleged support of Kurdish militants and other groups that Ankara says threaten its national security.

Kharkiv, Ukraine’s second-largest city after Kyiv, is soon expected to open its underground metro stations which had doubled as a bomb shelter for thousands of civilians, reported Reuters. The reopening is a symbol of the Ukraine military’s successful routing of the Russian troops from Kharkiv as they did from the capital city of Kyiv in March.

The bitter experiences in Kyiv had reportedly led to a regrouping of Russian troops with a new focus. Moscow has now turned its lens to the Donbas region of two eastern provinces, Donetsk and Luhansk. According to reports, the city of Sievierodonetsk on the east bank of the Siverskiy Donets river and its twin Lysychansk on the west bank have become the pivotal battlefield there, with Russian forces advancing from three directions to encircle them.

#Russian nationalist figures are increasingly criticizing the failures of the “special military operation” in #Ukraine and are calling for mobilization that the #Kremlin likely remains unwilling/unable to pursue in the short term.

“The intensity of fire on Sievierodonetsk has increased by multiple times, they are simply destroying the city,” he said on TV, adding there were about 15,000 people in the city and the Ukrainian military remains in control of it.

(With inputs from Reuters and Associated Press reports)