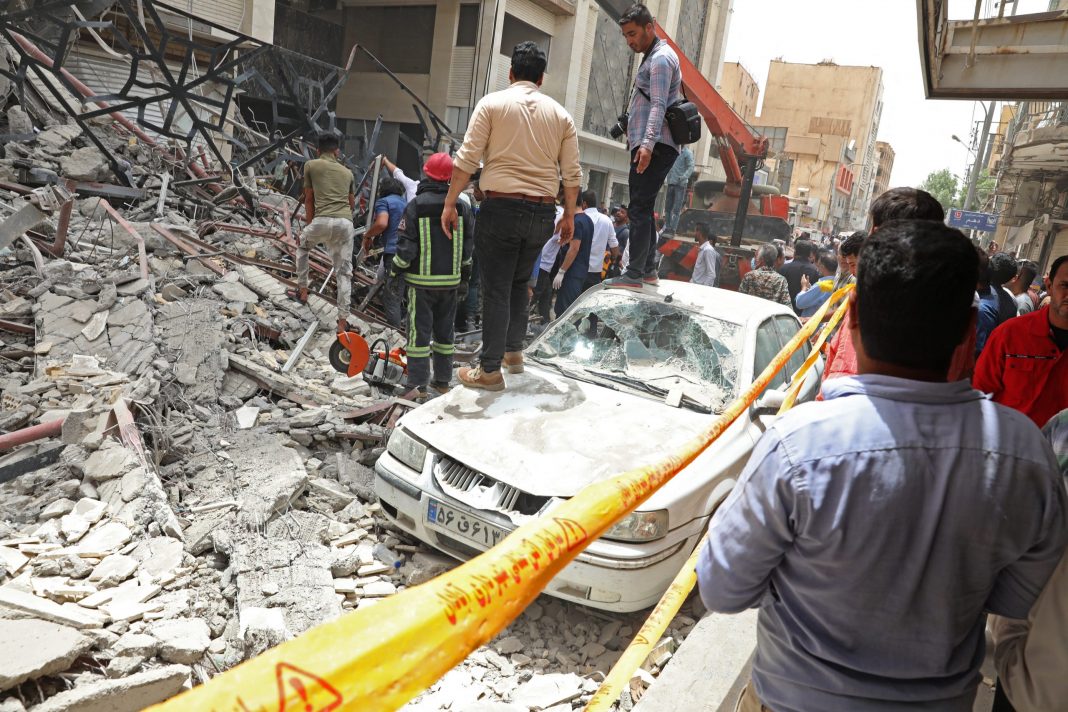 At least four people died and about 80 were trapped under rubble when an unfinished building collapsed in southwestern Iran, officials said.

“Parts of the 10-story Metropol building, located in Abadan, capital of Khuzestan province, collapsed,” state television said, noting that the premises were still under construction.

An initial toll confirmed that at least “four people have lost their lives and 21 others have been injured,” Mojtaba Khaledi, spokesman for the national rescue service, was quoted as saying.

At least 80 people were trapped under the rubble and rescue dogs were deployed to help locate them, according to a regional branch of the Red Crescent.

The building is located on Abadan’s busiest street where “commercial, medical and office” buildings predominate, according to state television.

The cause of the collapse was under investigation.