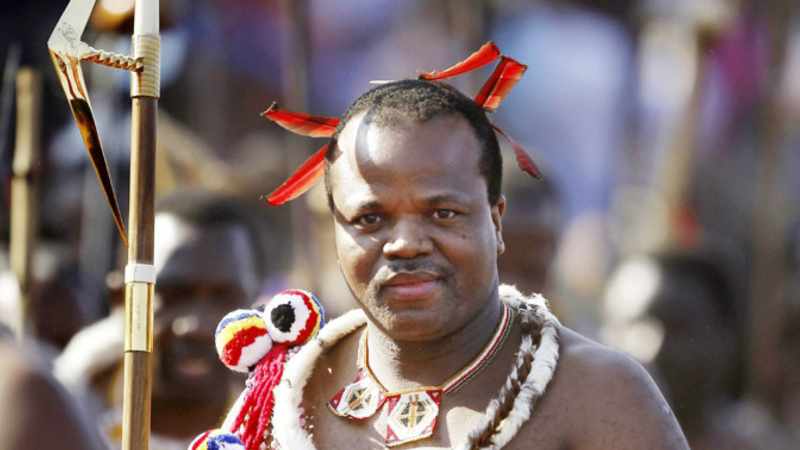 It is now almost 11 months since the Kingdom of eSwatini experienced devastating political unrest which left about 46 civilians dead, others maimed and with businesses suffering losses of close to R3 billion.

Looking back to June/July last year – the height of the unrest, with the easing of Covid-19 pandemic restrictions – the situation seems to have improved, although it remains tense.

The outbreak of Covid-19 in 2019, which was declared a global pandemic by the Health Organization (WHO) on March 11, 2020, suffocated not just the tiny kingdom with a population of slightly more than 1.2 million people, but the world, and almost brought the country’s government to its knees.

A combination of factors led to the unrest, among which were alleged cases of police brutality, which was suspected in the death of the University of eSwatini fourth-year law student Thabani Nkomonye.

However, a report by the coroner, Senior Magistrate Nonhlanhla Dlamini, recently dismissed such reports, saying Nkomonye could have died from his car accident-related injuries.

Other incidents that could have led to the unrest were high levels of youth unemployment and the call by three MPs, Mduduzi Simelane, Mduduzi Bacede Mabuza and Mthandeni Dube, for an elected prime minister.

Their call coincided with the demise of the country’s prime minister Ambrose Mandvulo Dlamini on December 13, 2020. It was, however, the death of the student that saw fellow tertiary students staging mass protests calling for #justiceforthabani that heightened the tensions.

The protesting students were joined by minibus transport operators who also tabled a list of demands against their employers, and government and public school riots. Trade unions, especially the public-sector associations (PSAs), also added their voice to keep the momentum for political reforms going and have never hidden their preferences.

The king had in November last year, just before he proceeded to seclusion ahead of the sacred Incwala ceremony, assured Ramaphosa that the Sibaya National Dialogue (a national consultative gathering) would take place after Incwala.

When the king delivered his speech in February, he was at his conciliatory best and appealed for tolerance. He said: “The other disruptions were caused by the conflict, resulting in loss of lives and vandalism of property. Such should never repeat itself again. We discourage the use of force and violence to influence change as we all deserve to live in peace. It is not a crime to have diverging views but engaging in dialogue creates a better outcome for all, as every person needs advice from time to time.

“As we enter the year 2022, we must take stock and learn from the gains and missed opportunities of the previous year if we are to chart a sustainable way forward. Life teaches us that sometimes we need to fall in order to rise and that we need to fail in order to succeed.”

Ever since this address, King Mswati has refrained from using language that is considered inflammatory and disparaging towards the pro-democracy forces.

On the other hand, pro-democracy formations have not been happy with what they claim has been a lack of progress on the dialogue promised by authorities, yet now we are almost mid-year.

Meanwhile, Prime Minister Cleopas Sipho Dlamini announced last month that he was heading a cabinet subcommittee charged with preparing for the national dialogue, wherein R22 million was allocated by the Finance Minister Neal Rijkenberg to cater for it.

Even though nothing much has been said about the progress so far, King Mswati and Ramaphosa announced in November last year that the SADC secretariat working with the government would put together terms of reference for the dialogue.

The SADC Organ Troika has attempted recently to get the leaders of Mozambique and eSwatini together for an update on the situation in their countries, but the meeting did not materialise. The eSwatini government revealed that any suggestion that this meeting was not held because King Mswati objected to it was false and misleading.

The eSwatini government reiterated its commitment to the dialogue. While the country is a bit calmer owing to the assurances from the king and the government on the dialogue, some pro-democracy forces are not happy with the progress are agitating and are reported to be planning for the second wave of political unrest planned for next month.

Students’ movements and minibus operators seem to be regrouping by staging demonstrations calling for this and the other, a situation which is reminiscent of last year’s events, which ended up in a confrontation with security forces.

It is these confrontations that attract attention and create a chaos-like situation. One such incident took place on Tuesday when Swaziland National Union of Students president Colani Maseko is reported to have been injured in a confrontation with security forces at the University of Eswatini and required hospitalisation.

Besides these demonstrations, there have been arson incidents targeted at certain public figures on both ends of the political divide, that is progressives and conservatives aligned to the system.

People’s private property was torched, creating a lot of anxiety and insecurity among the populace. It is such incidents which seem to have divided the pro-democracy movements with others claiming such acts undermine the call for democracy.

The pro-democracy formations now appear divided not only on the strategy for change but by the financial resources they seem to have received from donors. An example of disunity was exposed during May Day celebrations, where political groups fought among themselves for space.

It remains to be seen how things will unfold over the next few weeks.

*Lushaba, the managing editor of Eswatini Financial Times, writes in his personal capacity. His views do not represent the Rubicon Media Group