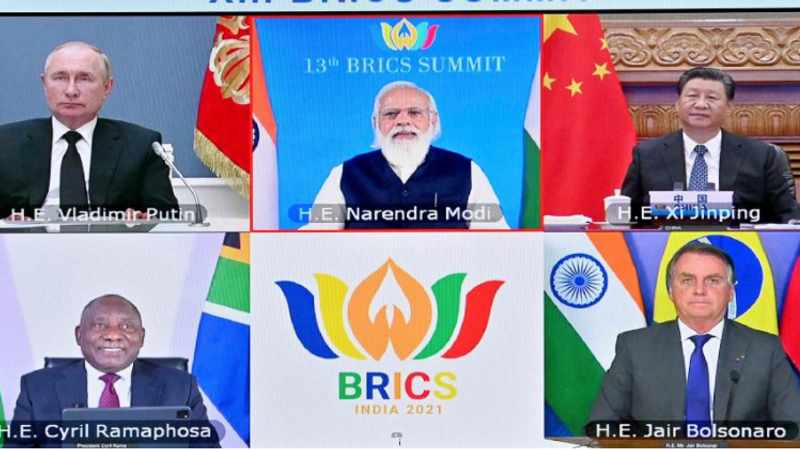 Cape Town – Brazil, Russia, India, China and South Africa (BRICS) vowed to further enhance and broaden their intra-BRICS cooperation and to work in solidarity in facing the newly emerging challenges such as the spread of Covid-19.

In a joint statement released by the Embassy of the Russian Federation in the Republic of South Africa, following their virtual meeting held on Thursday, BRICS ministers highlighted the shock and hardship caused by the Covid-19 pandemic and also recalled their respective positions on the situation in Ukraine as expressed at the appropriate fora, namely the UNSC and UNGA.

“They supported talks between Russia and Ukraine. They also discussed their concerns over the humanitarian situation in and around Ukraine and expressed their support to efforts of the UN Secretary-General, UN Agencies and ICRC to provide humanitarian aid in accordance with UN General Assembly resolution,” read the statement.

It added that the ministers reiterated their commitment to multi lateralism by upholding international law, including the purposes and principles enshrined in the Charter of the United Nations.

Furthermore, the ministers added that it was imperative to ensure the availability of safe, efficacious, accessible and affordable diagnostics, medicines and vaccines to people from different countries, especially developing countries.

“BRICS will ensure equitable distribution of vaccines and expeditious vaccination, to fill the immunisation gap globally,“ read the statement.

“To support the leading role of the WHO (World Health Organization) in combating the pandemic, as well as acknowledged initiatives such as the Covax and the ACT-A,” it said.

Global economic governance was another critical issue raised, as to ensure countries’ sustainable development and the strengthening of emerging markets and developing countries.

“They noted the Joint Statement of the Leaders of the People’s Republic of China, the French Republic, the Russian Federation, the United Kingdom of Great Britain and Northern Ireland, and the United States on Preventing Nuclear War and Avoiding Arms Races on 3 January 2022, in particular, the affirmation that a nuclear war cannot be won and must never be fought,” read the statement.