LOOK: African media maven Bonang Matheba slams Minister of Arts calling him ‘useless and that we all hate you’ 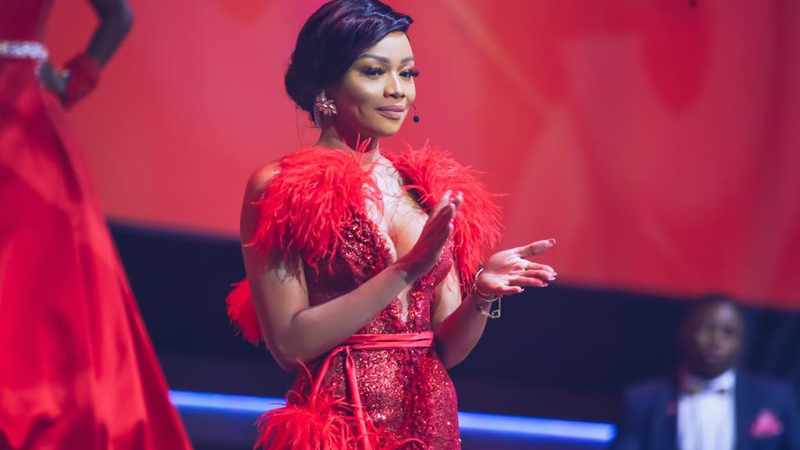 Cape Town – African media maven Bonang Matheba has left tongues wagging on the social media platform Twitter at about midnight on Wednesday after she tweeted South Africa’s Minister of Sport, Arts and Culture Nathi Mthethwa calling him ‘useless and that we all hate you’ (sic).

You’re useless and we all hate you @NathiMthethwaSA ❤️

There has been outrage over the announcement by the Sport, Arts and Culture Ministry for planning to spend R22m on a statue dubbed “flag project” in these depressed economic times.

The department this week made the announcement, saying it would be a “symbol of unity and national pride”. The department also said the project would inspire “social cohesion”.

Social media users did not hold back their disdain for the minister, and made sure that they made their voices heard in the comments section of Matheba’s tweet.

This is probably a stunt to steal money from the government for themselves, not all the R22m will be going to this flag pic.twitter.com/j89u2epwgW

Don't fold Queen we are here for you & I brought some drinks to enjoy the violence pic.twitter.com/kI8D71Zg3w

Artists were left high and dry, with little to no support during the nationwide lockdown implemented by President Cyril Ramaphosa in March 2020 to contain the spread of Covid-19.

You have no clue what you’re doing. Go away! @NathiMthethwaSA

Last year, an independent forensic investigation into allegations of misappropriation of funds to help artists during lockdown revealed that some applicants received more money than they should have while other artists were waiting for funds, writes ’s Kailene Pillay.

It later emerged that some of the funds had allegedly been misappropriated.

The National Arts Council (NAC) then handed over the forensic report to Minister Mthethwa.

With a growing electricity crisis, racism, rampant unemployment and corruption in the government, surely these funds could be used for a far better cause. Priorities.