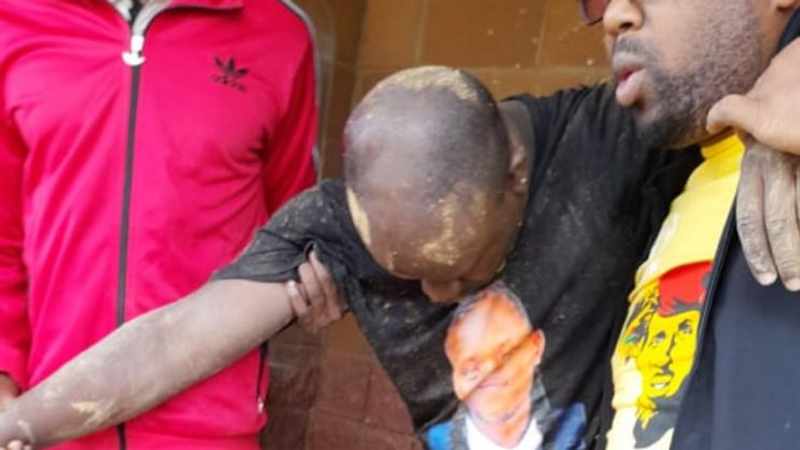 Johannesburg – King Mswati’s military officials have attacked students at the University of Eswatini, among them the president of the Swaziland National Union of Students, Colani Maseko, who was allegedly abducted, brutally assaulted and made to roll on a tarred road before being abandoned.

Maseko had since been found and taken to hospital.

This comes after a student protest that was held at the university, where King Mswati is also its chancellor.

Students took to the streets over the long-standing call for democracy and change of government in the country, while recently student allowances also became part of the agenda as students had not received theirs since the beginning of the academic year.

The fight to do away with King Mswati began last year and has brought the country to a standstill, causing extreme violence and killings.

Maseko was believed to have been at the forefront of the fight for students against the current leader.

Pudemo head of international relations Siboniso Mkhabela believes that this attack was not just against the students but rather a warning for Maseko, given the extent of the attack against him.

“The student fight started last year on May 8 when 4th year student Thabani Nkomonye was brutally killed by the soldiers during the protests that were held against King Mswati. There has since been a national protest in his memory and Colani Maseko was attacked because he was the leader of the protests.”

Mkhabela added that Maseko was also known for his stance of encouraging students to burn the portraits of King Mswati, and that also angered the king.

The students were said to be working on a way forward and it remained unknown when school would resume.

“The university has been closed indefinitely by the army and the police so there are currently no students there, but the students are angry and vengeful and say that there shall be no peace for the police and the army. That is their stance right now,” said Mkhabela.

Mkhabela has also added that “this raid by soldiers and police at the university does not come as a shock because this is how King Mswati has chosen to fight back against protesters time and time again and the students will not be backing down this time.

“Maseko is still in hospital and is expected to spend the night because he is in a critical state, but we are hoping for the best. We hope he doesn’t experience internal bleeding given the level of assault,” said Mkhabela.

It is not yet clear what happens next while they await the recovery of the union president, but it is clear that for the students this fight is far from over.