From Afghanistan’s finance minister to cab driver in the US 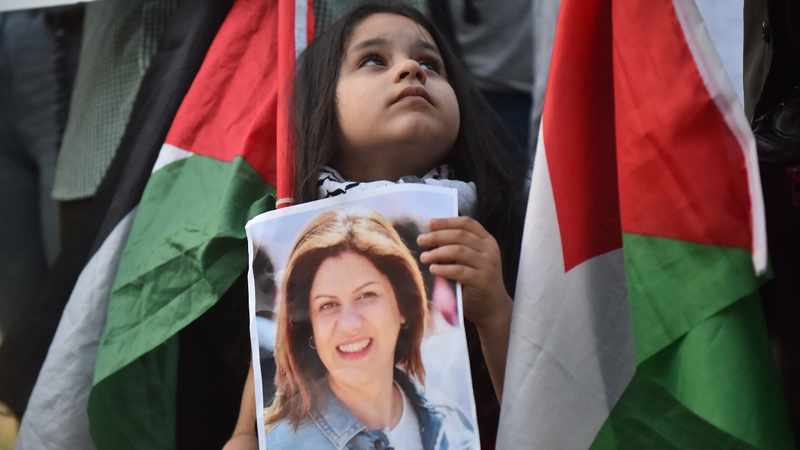 Israeli forces shot and killed Palestinian journalist and veteran Al Jazeera correspondent Shireen Abu Akleh in the head today while she was covering an Israeli raid on the Jenin Refugee Camp.

The Israeli military said its forces were conducting counter-terrorism activities on the outskirts of Jenin, where Al Jazeera journalist Shireen Abu Akleh was killed on Wednesday. Her funeral procession in the Old City of Jerusalem on Friday is expected to draw thousands.

Hundreds of Israeli officers were to be deployed in the area of the funeral to ensure it proceeds without confrontations, a spokesman said. (Source: Reuters)

The United States stands ready to assist Israel and the Palestinian Authority in their investigations into the killing of Al-Jazeera veteran journalist Shireen Abu Akleh, but neither side has requested help, White House spokesperson Jen Psaki said on Thursday.

“We stand ready to assist either party in any way that we can, neither side has asked for our assistance at this time,” Psaki said during a press briefing.

We are heartbroken to learn of the killing of Palestinian-American journalist, Shireen Abu Akleh, and injuries to producer Ali Samoudi, today in the West Bank. We send our deepest condolences to her family, friends, and strongly condemn her killing.

In a statement issued via his spokesperson late on Wednesday, Guterres called on “the relevant authorities to carry out an independent and transparent investigation into this incident and ensure that those responsible are held accountable”.

He further said: “The secretary general condemns all attacks and killings of journalists and stresses that journalists must never be the target of violence.”

While the circumstances around the murder of veteran Al Jazeera journalist Shireen Abu Akleh remains unclear and under investigation, the media network condemned Israel’s killing and called it a ‘blatant murder’.

Fellow journalist Mujahid Al Saadi recalled the moment when Shireen was shot and said she had been wearing a helmet, but the bullet was aimed under her ear.

Israeli forces killed a Palestinian American journalist for the Al Jazeera news network in the West Bank early Wednesday, according to the network and the Palestinian Health Ministry, in the latest casualty of a months-long escalation of violence in the Israeli-Palestinian conflict.

Shireen Abu Akleh, 51, a longtime Al Jazeera correspondent, was shot in the head while covering Israeli raids in the Jenin refugee camp, according to the network and the ministry. She was taken to a hospital before dying from her wounds.