African Mining Indaba: Didn’t attend the event? Here’s what you need to know 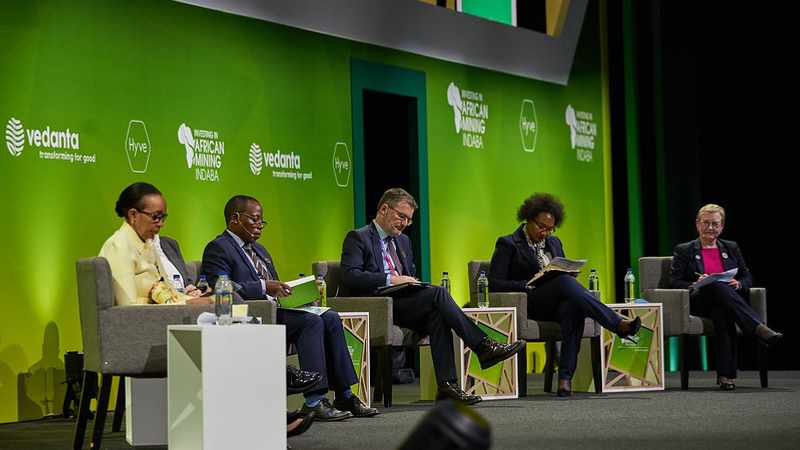 Cape Town – The 2022 edition of the African Mining Indaba, which was held in Cape Town, has come to a close, with African governments pulling out all the stops to woo investors from investing in Africa’s mining sector.

The Indaba was filled with networking, deal-making, and pioneering discussions from influential leaders.

This year’s overarching theme was the ‘Evolution of African Mining: Investing in the Energy Transition, ESG, and the Economies’, looking to the future with hard-hitting streams that bring change to the industry.

Green mining is the industry’s new frontier, and there are significant financial pressures driving the change apart from climate change, mining industry speakers and conference delegates said at the Mining Indaba in Cape Town, writes Edward West from Business.

“We also welcomed three Heads of State and one Prime Minister: the President of South Africa, Cyril Ramaphosa, President of Botswana Mokgweetsi Masisi and the newly elected President of the Republic of Zambia Hakainde Hichilema, and the Prime Minister of the Democratic Republic of Congo Jean-Michel Sama Lukonde Kyenge, who all shared their visions for the future directly to the Mining Indaba community,” organisers said in a statement on Thursday.

Zambia’s president Hakainde Hichelema said that mining could play a catalytic role in promoting industrialisation and job creation, further adding that the country is ready to engage partners who support their efforts to re-establish Zambia as a world class mining destination.

Zambia’s Hichilema announced a “new dawn” that would aim to push copper production to 3 million tons per year from around 800 000 tons last year, that there would be no “mining nationalism”, and that the moratorium on the granting of new mining licences would be lifted soon.

South Africa’s mining sector was recently ranked as one of the 10 worst mining investment countries in the world, according to the 2021 Fraser Institute Investment Attractiveness Index. South Africa fell to 75th place out of 84 countries (down from 40 in 2019) and was ranked 12th out of 15 countries in Africa.

Speaking on the second day of the event on Tuesday, President Cyril Ramaphosa said, across the world, almost every industry had to adapt to new circumstances and confront new challenges and be prepared to seize new opportunities, adding that the mining industry in Africa is no different.

“Like many other parts of our continent, our country is abundantly blessed with vast mineral deposits that form the basis of the most important applications used in society and economies today.

At the fourth South Africa Investment Conference earlier this year, investments valued at around R46.5 billion were pledged towards mining and mineral beneficiation.

Mining Indaba is a platform for engagement and collaboration between all stakeholders in the industry.