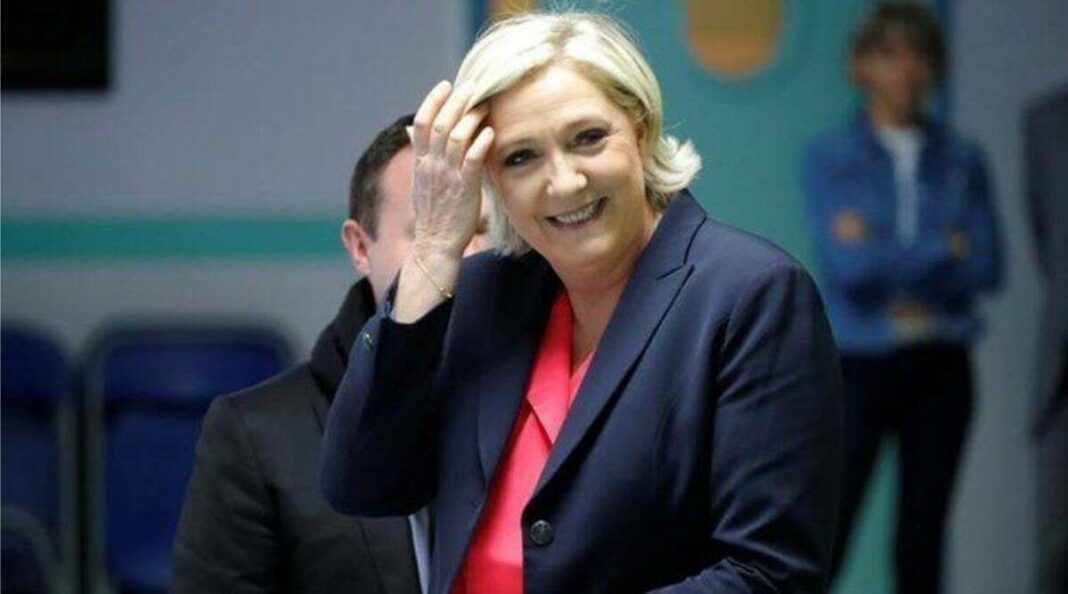 A planned hijab ban if French presidential candidate Marine Le Pen is elected would come “little by little” and be determined by lawmakers, her allies said on Monday, marking a shift in tone less than a week ahead of the final presidential vote.

The far-right core of Le Pen’s programme has come under closer scrutiny as campaigning enters its final days.

Louis Aliot, the far-right mayor of Perpignan and former life companion of Le Pen, said in an interview with France Inter radio that the hijab ban was one of several political tools to fight “Islamism”, but that its implementation needed to come “progressively”.

The ban should target state-run services first, he said, before being widened “little by little”. “There will be a debate in parliament and then the choice will be made,” he said.

Another Le Pen ally, David Rachline, the mayor of the Mediterranean town of Frejus, also on Monday appeared to soften his stance. “We don’t want to attack people… all those women wearing a hijab are not Islamists,” he said.

Le Pen has previously said that the hijab could not be viewed as the sign of a person’s religious belief, but was an “Islamist uniform” that needed to be banned from French public space.

Six days ahead of the final vote in the euro zone’s second biggest economy, Le Pen has never been closer to the Elysee, but her spectacular rise in opinion polls appeared to stagnate after the first round as Macron stepped up his campaign.

Principal polls still show Macron as the likely winner, albeit with a slim margin.

An Ipsos poll for France Info radio and newspaper Le Parisien published on Monday showed Macron hitting 56%, up 0.5% from the day before and 3% from the first round. An Ifop poll showed a similar trend, though with his rating unchanged from the previous day at 53.5%.

Both candidates face the challenge of reaching out to left-leaning voters after the elimination of their candidates, while holding on to their political trademarks, a task particularly difficult for Le Pen when it comes to Islam and immigration.

Le Pen has in recent years moved to soften her image, shifting her focus from identity issues towards purchasing power, the number one priority for French voters, but she has not shed far-right policies.

“People who are present on our territory, who respect our laws, who respect our values, who have sometimes worked in France, have nothing to fear from the policy I want to pursue,” Le Pen told France Bleue radio.

Issues linked to France’s Muslim population, one of Europe’s largest, have become a hot-button topic in a country that has seen a series of deadly extremist attacks.

Lawyers in France have said banning the hijab would violate the French constitution.

Le Pen on Friday looked sheepish when she was approached by a woman wearing a hijab before cameras, who told her to “leave the Muslims alone”, adding: “We are French, we love this country”.

The following day Le Pen said she acknowledged that the issue was complex, adding that parliament would have its say on the decision and that any unwanted law could be revoked.

Emmanuel Macron, who last weekend pledged to step up his efforts against climate change as he spoke at an event in the hard left’s bastion Marseille, on Monday reiterated his warnings towards progressive voters.

“I tell all those still hesitating: There will be a clear referendum on April 24 as the candidate of the extreme right is against Europe and against climate (policy),” he told a France 5 television programme.