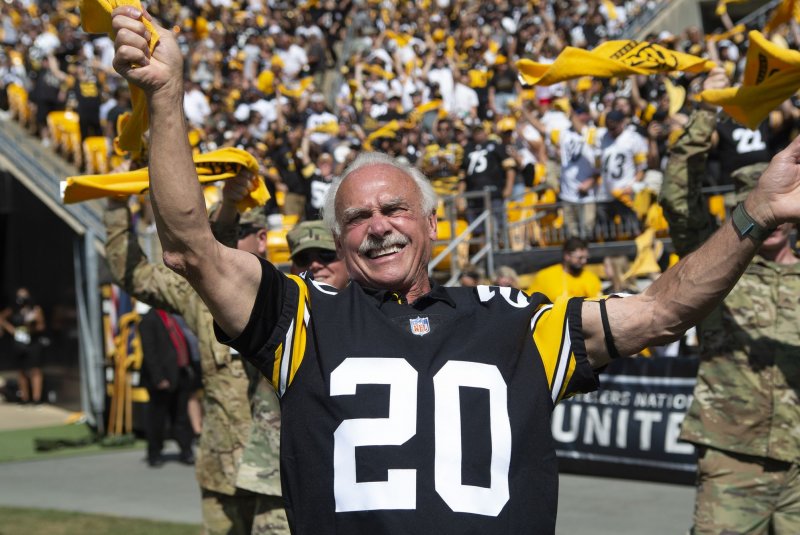 April 20 (UPI) — Athletes who played football through college experience suffer cognitive impairment and health problems such as headaches, heart disease and high cholesterol more so than those who did not play the sport, a study published Wednesday found.

Based on a survey initiated by former football players at Notre Dame, including Rocky Bleier, who won four Super Bowls with the Pittsburg Steelers, those who played the sport were about five times as likely to have cognitive impairment with age, the researchers said.

“The idea of the study was not to point fingers at Notre Dame specifically or the sport of football in general,” Bleier, a running back at the school from 1964 through 1968 who had an 11-year career in the National Football League, told UPI in a phone interview.

“We wanted to see what kind of effects playing the game of football might have on former players’ health and get that information out to them so that they can be aware of these issues and make informed decisions about their health,” he said.

The former players, part of the Independent Notre Dame Footballers Medical Research Project, raised more than $80,000, according to Ed Ziegler, who was a running back for the Fighting Irish between 1966 and 1969 and had a knee injury that kept him out of the NFL.

More than 150 former players contributed to the fund, which went to researchers at Boston University to finance the project, Ziegler, a retired law professor, told UPI in an email.

Among the former football players who were seniors at the South Bend, Ind., university between 1964 and 1980, 5% reported cognitive impairment, or a decline in brain function such as memory loss as they aged, data published Wednesday by JAMA Network Open showed.

Of non-football-playing adults of a similar age used for comparison in the study, 1% indicated they suffered from cognitive impairment, according to the researchers.

In addition, 10% of the former players reported regular headaches, compared with 4% of non-playing adults, the researchers said.

Former players also were about 50% more likely to suffer from heart disease or high cholesterol but appeared to be at 50% lower risk for developing diabetes, the data showed.

For the study, the Boston University researchers surveyed 216 former players ages 59 to 75 years and compared their responses to 638 adults within a similar age group who did not play the sport.

In addition to reporting more cognitive impairment and headaches, 33% of the former players had heart disease compared with 20% of non-playing adults, the data showed.

Similarly, 52% of the former players indicated they had high cholesterol compared with 29% of non-playing adults, the researchers said.

More former players — 86% — reported drinking alcohol than those who did not play the sport, at 77%, according to the researchers.

Conversely, 11% of the former players developed diabetes, or less than half of the 23% among non-playing adults, the data showed.

Former players also were less likely than non-playing adults to die from heart, circulatory, lung or digestive disorders, as well as lung cancer and violence, the researchers said.

However, the ex-players were nearly four times more likely to die from brain and other nervous system cancers, and appeared to be at higher risk for developing brain disorders, such as amyotrophic lateral sclerosis and Parkinson’s disease, according to the researchers.

However, “there are also apparent positive health outcomes in former college football players, perhaps due to overall fitness earlier in life,” said Stern, a professor of neurology, neurosurgery and anatomy and neurobiology at Boston University.

The findings “add to growing evidence about the relationship between exposure to repetitive head impacts from football at the college and professional levels and later life risk for cognitive and behavioral impairments, dementia and neurodegenerative diseases,” according to Stern.

This includes chronic traumatic encephalopathy, or CTE, a neurodegenerative disease linked with repeated head trauma that causes behavioral, mood and thinking problems, said Stern, who is part of the team at Boston University leading research into the condition.

Previous studies have linked CTE with head injuries sustained among athletes in sports such as football, hockey and soccer.

Earlier surveys indicate most people in the United States believe kids should not play tackle football because of the risk.

Although efforts to reduce the risk for concussions, or head injuries that cause temporary declines in brain function, in the sport can help, more needs to be done to “reduce [players’] overall exposure to repetitive head impacts,” he said.

“Concussions are not the big issue when it comes to long-term risk to brain health,” Stern said.

“Change, therefore, does not mean just building a bigger helmet — rather, change means removing the head from the game and definitely from practice as much as possible,” he said.

In spite of the findings, Bleier said he does not believe radical changes to the sport are needed.

“The game does everything it possibly can to protect players, including providing better pads and helmets and in how coaches teach tackling technique,” he said.

“What we see here with this study is that some players don’t experience problems from playing the sport later in life, so we need to understand why that is, and why some players do, so that we can find ways to prevent these health issues for future generations.”