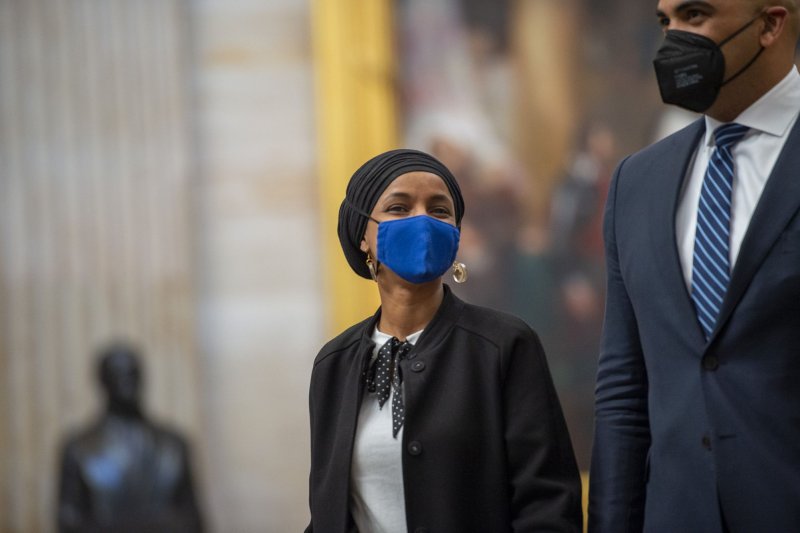 A Florida man on Tuesday pleaded guilty to sending an email to Rep. Ilhan Omar, D-Minn., in which he threatened to shoot her in the head. File Photo by Bonnie Cash/UPI | License Photo

David Hannon, 67, of Sarasota, Fla., pleaded guilty to one count of threatening a federal official after he sent a threatening email to Omar, D-Minn., in July 2019, the U.S. Department of Justice said in a statement.

In the email, Hannon threatened to shoot Omar in the head and asked if she was prepared “to die for Islam” while referring to her and the other lawmakers as “radical rats.”

“Threatening to kill our elected officials, especially because of their race, ethnicity or religious beliefs, is offensive to our nation’s fundamental values,” Assistant Attorney General Kristen Clarke said. “The Justice Department will not hesitate to prosecute individuals who violate federal laws that prohibit violent, hate-motivated threats. All elected officials, regardless of their background, should be able to represent their communities and serve the public free from hate-motivated threats and violence.”

In November 2019, Patrick W. Carlineo Jr. of New York pleaded guilty to threatening to assault and kill Omar as well as being a felon in possession of firearms.

He was sentenced to serve one 12 months and one day in prison and to forfeit six firearms and hundreds of rounds of ammunition.