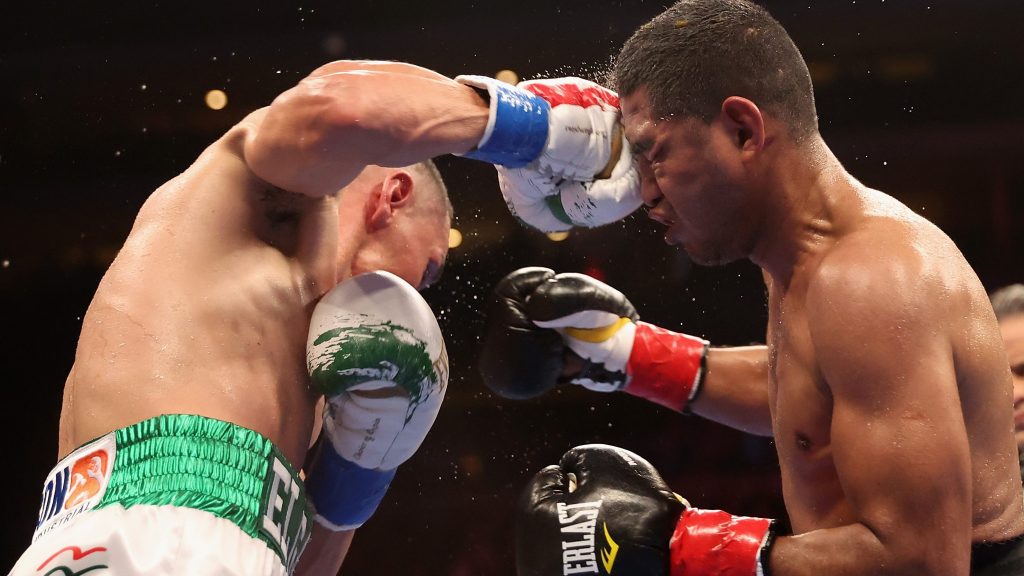 That gives Estrada a 2-1 edge in their trilogy. However, not much was settled after another competitive war.

Roman Gonzalez (right) rallied in the second half of the fight but came up short in the end. Christian Petersen / Getty Images

Estrada (44-3, 28 KOs) got off to a quick start, using his skill and athleticism to outbox and outwork his great, sluggish opponent in the first half of the fight. It appears as if the Mexican might run away with the fight.

And then, around the seventh round, the 35-year-old Nicaraguan flipped a switch and suddenly looked like the beast of old. He marched forward and made life miserable for his rival the rest of the way, maintaining constant, suffocating pressure.

Estrada had success when he stood his ground at times and even countered well when he was moving backward but Gonzalez clearly climbed back into the fight between Rounds 7 and 11.

The fight seemed to be up in the air going into the 12th and final round. And that’s how both men fought, unloading all the punches that remained in their little bodies at the end of a grueling fight as appreciative fans on hand cheered wildly.

Estrada won the final stanza on all three cards, which prevented the fight from being scored a draw.

Thus, Estrada avenged a unanimous-decision loss in 2012 by outpointing one of the greatest small fighters of the generation in March of last year – a disputed split decision – and again on Saturday.

A fourth fight between them would make sense from a competitive standpoint; only the first fight was a clear decision.

And both fighters are open to the idea. Estrada said that Chocolatito earned another shot at him. And Gonzalez said he’d do it one more if the money is right, although he wants to consult his advisors and family before moving forward.

Gonzalez proved that he can still fight at a high level at an age when most fighters his size have moved on to second careers. He left no doubt about that Saturday. At the same time, he has acknowledged that he’s near the end of his decorated career.

Estrada is no kid, either. However, at 32, he appears to have many more big fights in his future.

We’ll have to wait and see whether Gonzalez is a part of that future or whether the Mexican star will turn to rising contenders such as Bam Rodriguez or one of the other titleholders instead.

One thing is certain: Estrada and Gonzalez gave fans an unforgettable trilogy.