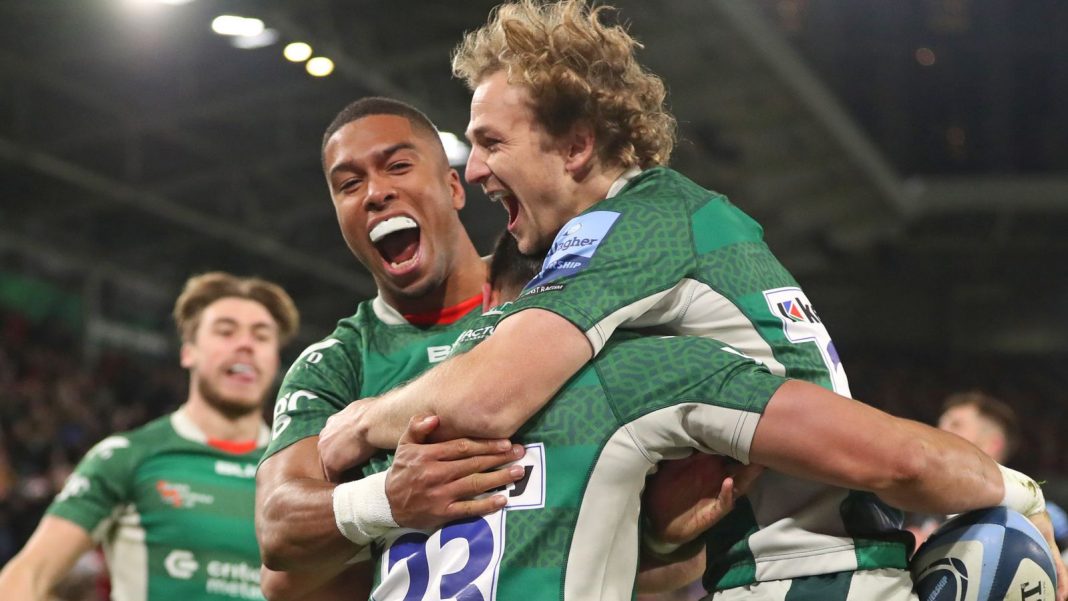 Dave Walder felt Newcastle failed to get the basics right as they fell to a 39-17 defeat against London Irish at Gtech Community Stadium on Saturday.

Falcons had recorded back-to-back Gallagher Premiership wins with victories over Exeter and Gloucester in recent weeks, but James Stokes scored to give the visitors the worst possible start.

Mateo Carreras struck back shortly afterwards, but Paddy Jackson kicked Irish into a six-point lead at the break.

Brett Connon’s penalty and Guy Pepper’s try put Falcons in front after half-time, before scores from Jackson, Adam Coleman and a Lucio Cinti double wrapped up the win for Irish.

London Irish director of rugby Declan Kidney admitted: “The score probably does Newcastle a bit of an injustice, but you know we stuck at it until the end. We know that there is still so much room for improvement.

“I think that sport is a microcosm of life, there is no point in getting down on yourself, you have to work your way through it.

“Newcastle have been scoring for fun, haven’t they, so to be able to hold them to two tries was a really pleasing aspect of the performance tonight and it was also massive in terms of the outcome of the game.

“The bonus-point was good, we never take that part of our game for granted, and we do a lot of work on that. We managed to take our opportunities when they came our way.

“The important part of the last couple of weeks is that we have been learning to win, and it’s a new competition next week with new challenges.”

Walder said Newcastle had lacked “physicality” on a “poor day at the office”, while paying tribute to London Irish.

“We spoke at half-time about having a choice when we walked out the changing room door,” he said. “We could either carry on the way we were in the first half, in which case it would be a long afternoon, or we could take the positives of only being six points down despite not getting out of our half.

“The pleasing thing I guess is that everybody turned the right way in those 12 minutes after half-time, but unfortunately, things went against us in the last 20 minutes.

“Irish are an outstanding side, they have got Jackson who runs the game at 10, endless guys who they haven’t got playing today. But we are just disappointed with how we played today and disappointed for our supporters who came down, especially after two big league wins coming into it.”

Gloucester head coach George Skivington said his players “wanted to make a point” as they returned to winning ways with a 34-19 victory over Northampton.

Skivington, who was celebrating his 40th birthday, saw his side score four tries at Kingsholm to move themselves up three places to fourth in the table, leapfrogging their visitors in the process.

The win ended a run of three straight league defeats for the Cherry and Whites, who were inspired by a fine performance from stand-in fly-half Santiago Carreras following his return from international duty with Argentina.

Skivington said: “I thought the boys were outstanding tonight. “Obviously, in our last Premiership game here, against Newcastle, we were very disappointed with what we put out on the field and I think that’s probably the first time we’ve done that in a couple of years.

“The boys wanted to make a point, they wanted to give something back to the supporters and just make that right.”

Tommy Freeman struck twice for Northampton after Jack Singleton’s opening try for Gloucester, but scores from Chris Harris and Carreras put the hosts 21-12 up at half-time.

Fraser Balmain’s try then earned the Cherry and Whites a bonus point, with Saints only able to respond through James Ramm between two penalties by Carreras.

Northampton director of rugby Phil Dowson said: “I seem to be talking a lot after games about how frustrating it is, but again we gave ourselves lots of opportunities to score points and didn’t convert that pressure again.

“Then in the second half discipline issues raise their ugly head again and we got on the wrong side of the penalty count, and a yellow card (for Lewis Ludlam).

“We are going to give penalties away at times, it’s then about how we recover from that, that we don’t give the next one away or don’t give the ball away after that.

“Not doubling up on errors and giving soft penalties away, or avoidable penalties, would be a good thing to focus on.

“We some really good stuff going forward and we’re very good at getting into the opposition 22, but when we’re there, we’re profligate with the ball.”

Bristol halted a run of six successive Premiership defeats by fighting back to draw 26-26 with Leicester at Ashton Gate.

Van Wyk was red-carded for a high challenge on England and Bristol prop Ellis Genge, and the home side even had a chance to win it with the game’s final kick only for AJ MacGinty to send a 40-metre penalty narrowly wide.

Genge, who captained Tigers to the league title last season, saw his former team-mates threaten to move into the play-off zone.

Bristol, without a Premiership win since they toppled London Irish on September 24, led 12-6 midway through the second quarter.

But a 29th-minute yellow card for Radradra proved costly, with Leicester posting two tries while he was out of action, until the late Bristol tries, both converted by MacGinty.

England pair Freddie Steward and Ben Youngs returned from Autumn Nations Series duty, with Jack can Poortvliet on the bench, Kelly featured for the first time this season following his recovery from injury, and lock Ollie Chessum also
returned.