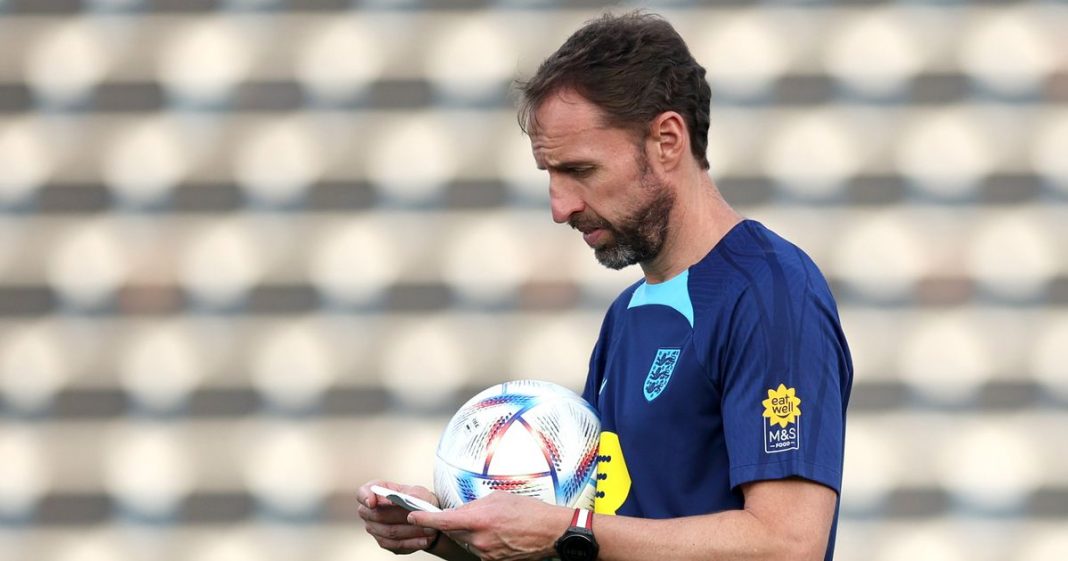 Marcus Rashford and Jordan Henderson look primed to be the big winners as Gareth Southgate prepares to roll his selection dice.

England’s head coach has left himself with no end of options after his rotation policy paid rich dividends. Southgate created a problem for himself after his introduction of Phil Foden and Marcus Rashford to the Three Lions starting XI for the defeat of Wales.

Both found the scoresheet in the victory over Rob Page’s side – with Manchester United man Rashford, in particular, showing glimpses of the form that catapulted him into the public eye. The England boss gave little away on the eve of the game against Senegal but admitted that his front players are all likely to get an outing at some stage.

Asked about who might get the nod, Southgate said: “It’s a good position to be in. You want your players in confident mood. Our forward players are. In some respects, there’s no right or wrong. Whichever team we go with, we are going to need the bench. It’s great that we have the whole squad fit and available.”

After firing six goals in their opening Group B fixture against Iran, Southgate would have been under no pressure to swap and change his strike force. But with a potential seven games to play in Qatar, England’s coach knows that he is going to require help off the bench.

Bukayo Saka ’s two goals in the opening victory meant he got a night off from starting against Wales, but he is likely to retain his place.

Who should start for England against Senegal? Pick your XI in the comments!

With Rashford doing likewise against Wales, it points to Raheem Sterling ’s spot being under more pressure. The other choice for Southgate concerns his midfield.

He remarked after the game against United States that the workload of teenager Jude Bellingham will have to be monitored.

However, he then fielded the former Birmingham City academy graduate against the Welsh, and it is unlikely he will leave out the teenager now the tournament has entered the knockout phase.

His other dilemma involves whether to stick with Mason Mount or draft in the experience of Henderson alongside Declan Rice and Bellingham.

Mount has struggled and, with the Senegalese posing a more physical threat, it may well be that he turns to the additional experience of the Liverpool captain in his engine room.

That does mean no starting spot for Manchester City duo Jack Grealish and Foden, but Southgate has already hinted that he will turn to his bench if the evening does not go according to plan.