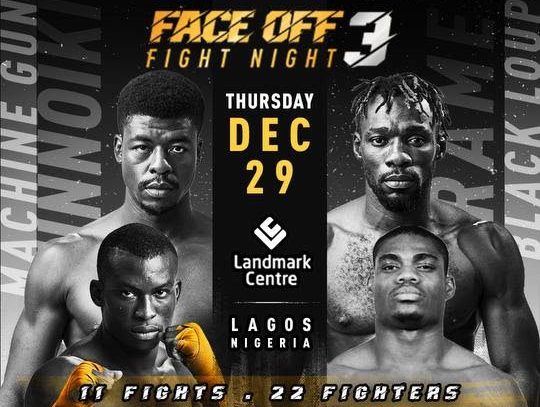 Faceoff Fight Night 3 comes up on December 29 at the Landmark Event Centre, Lagos. 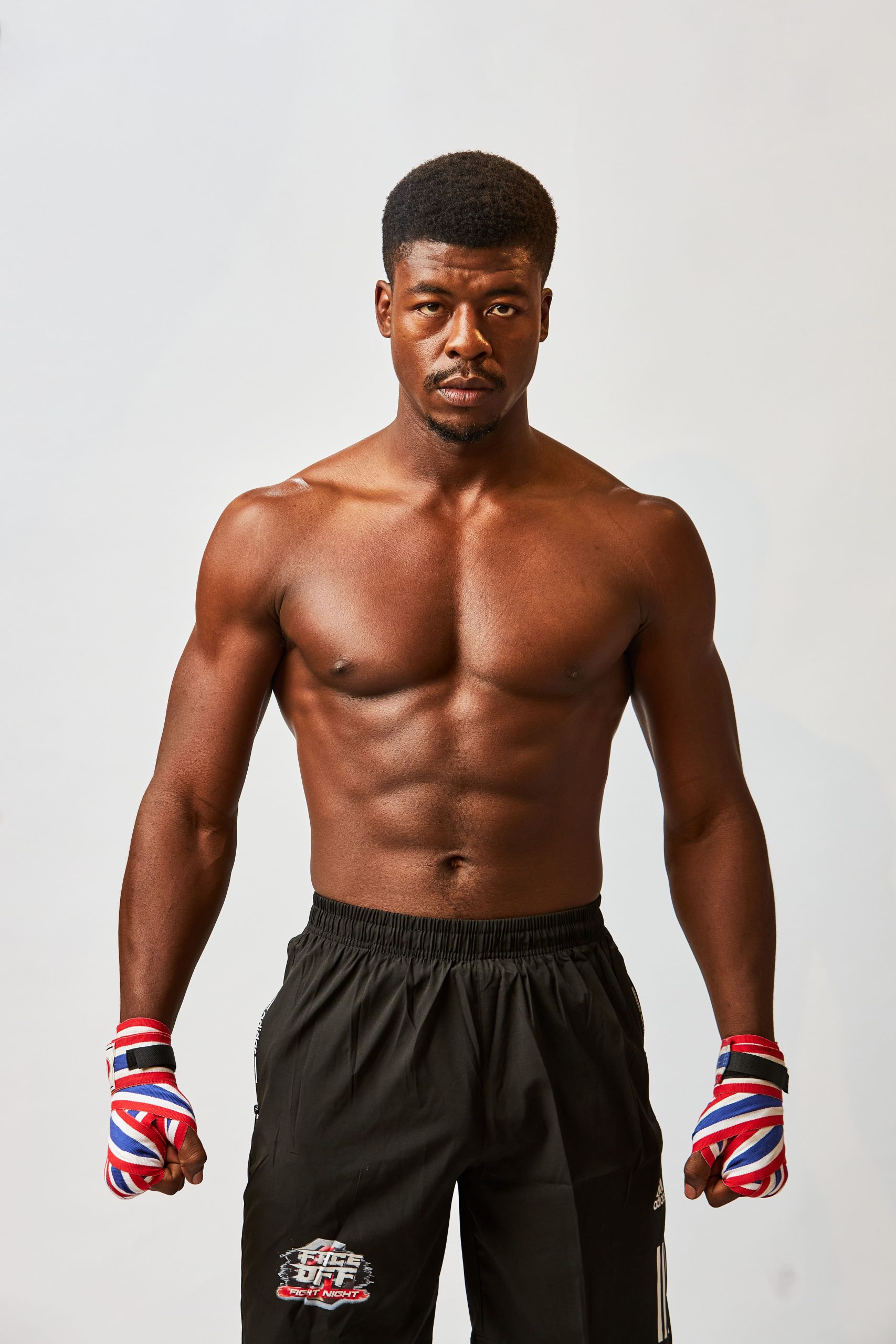 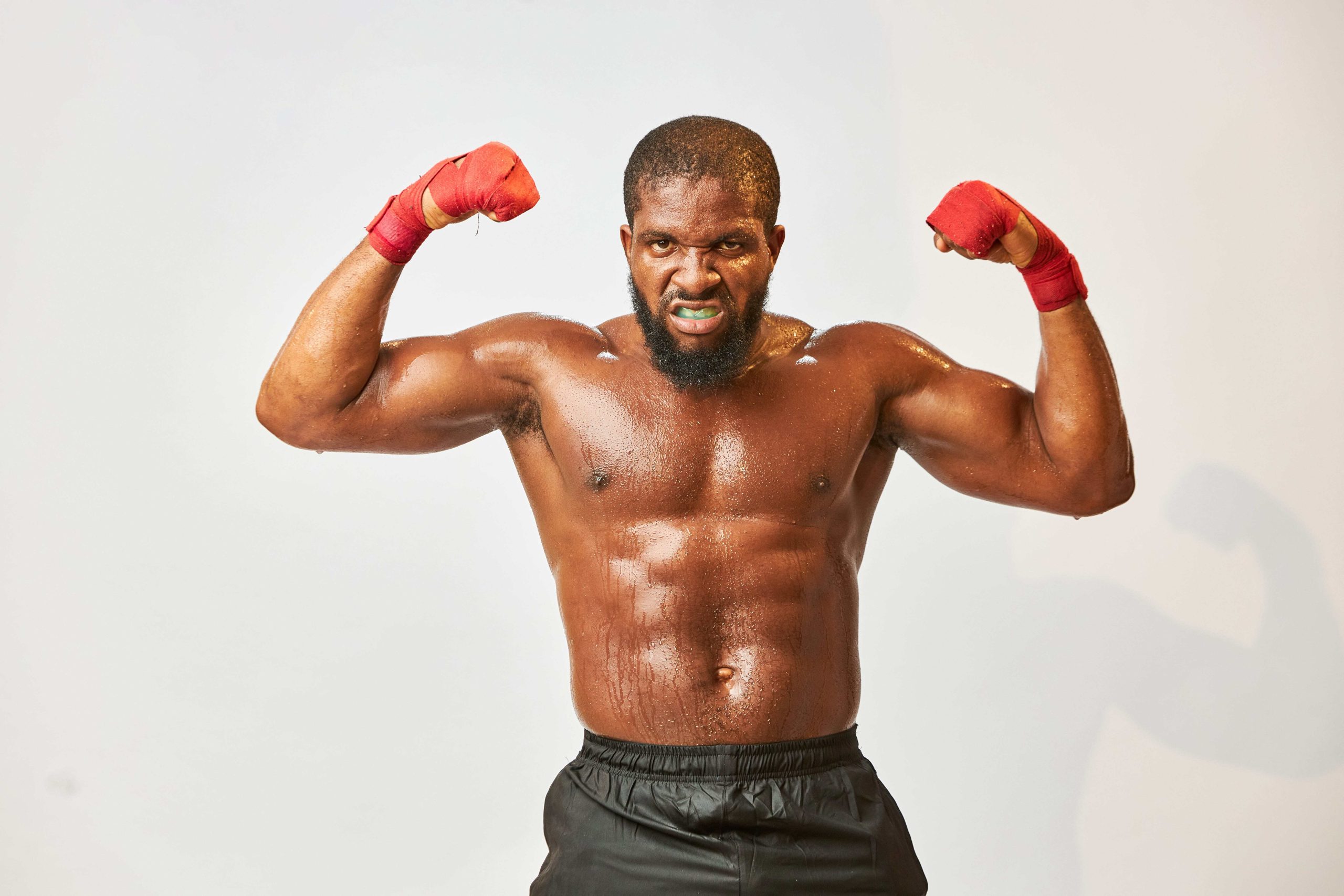 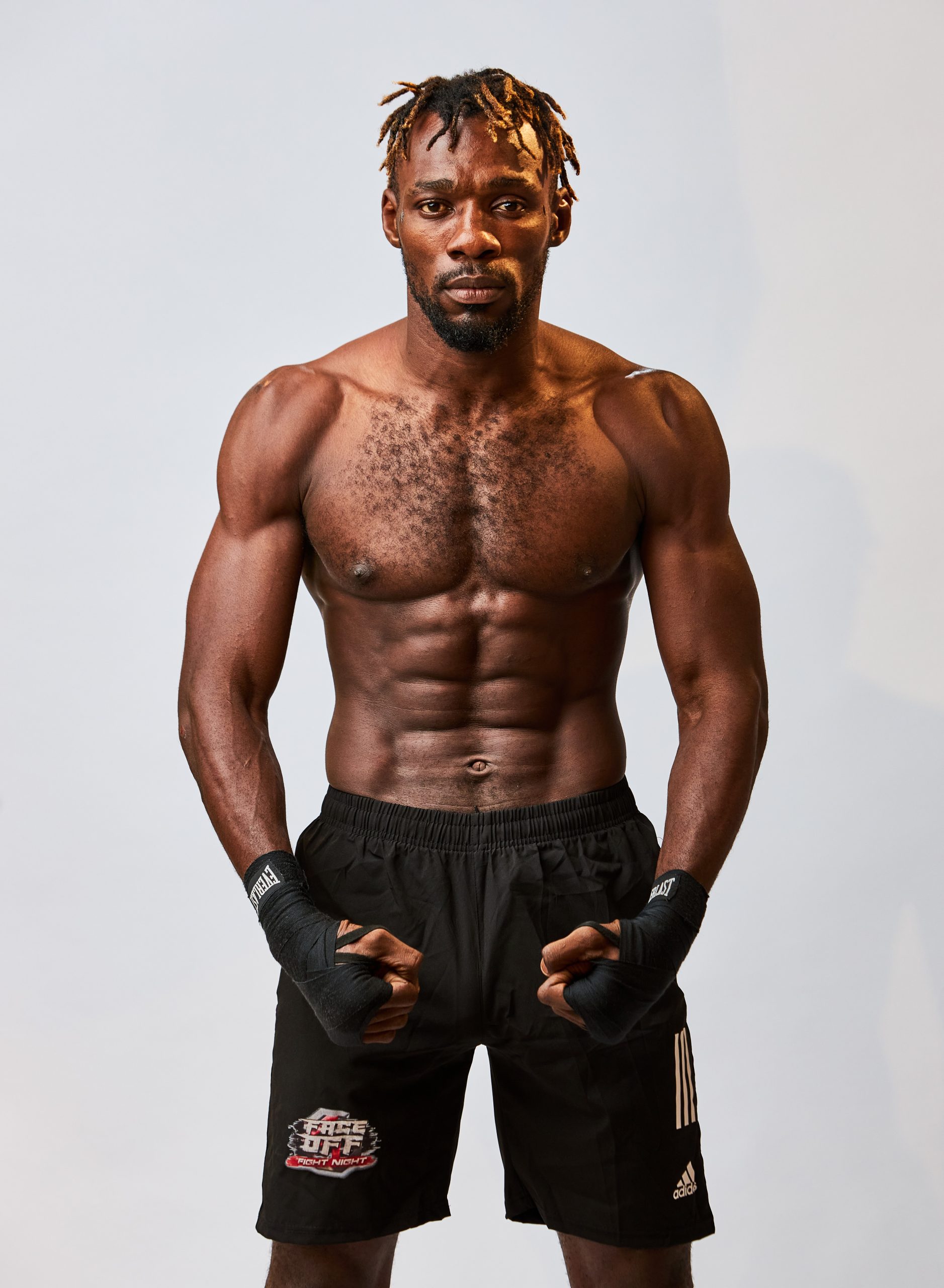 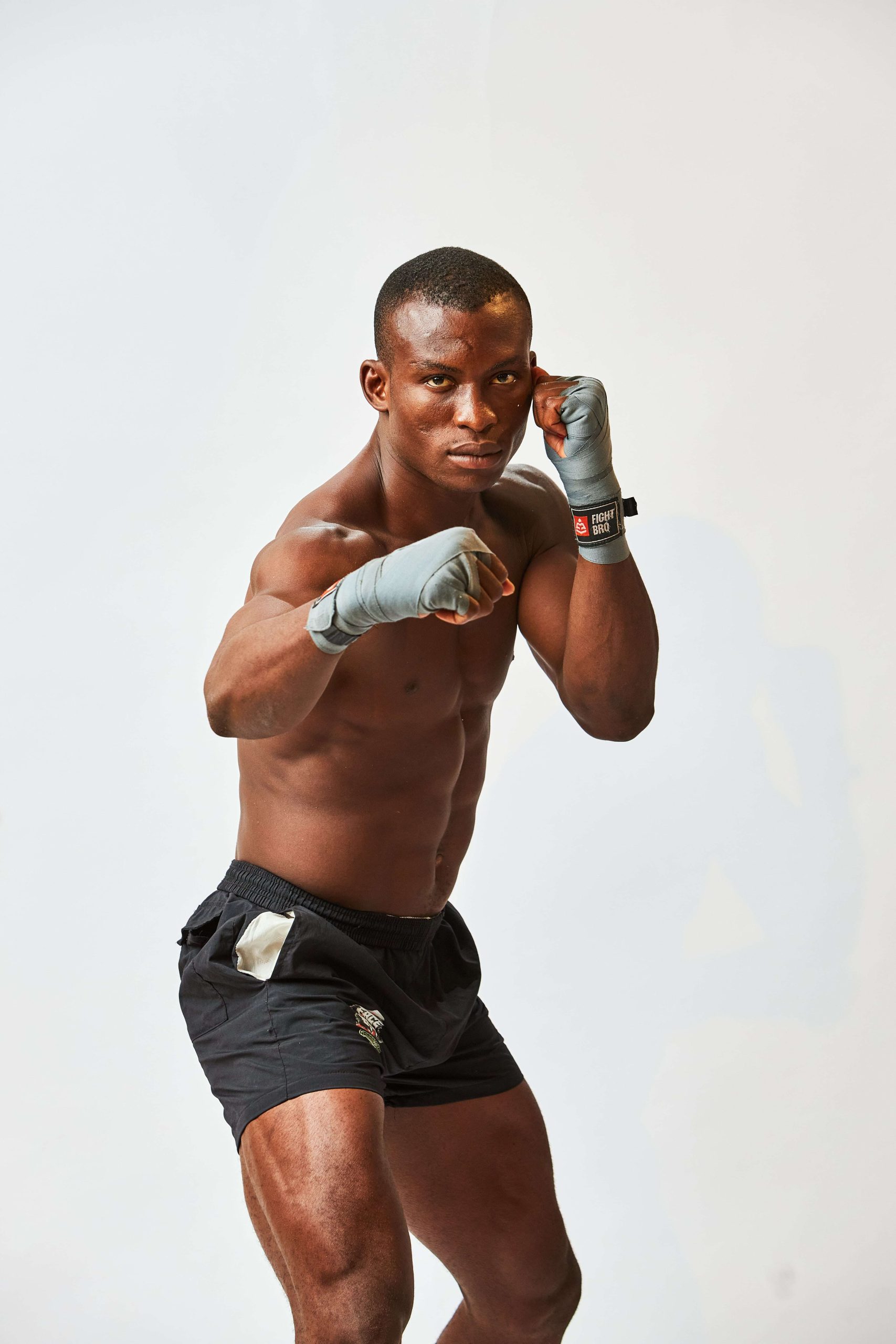 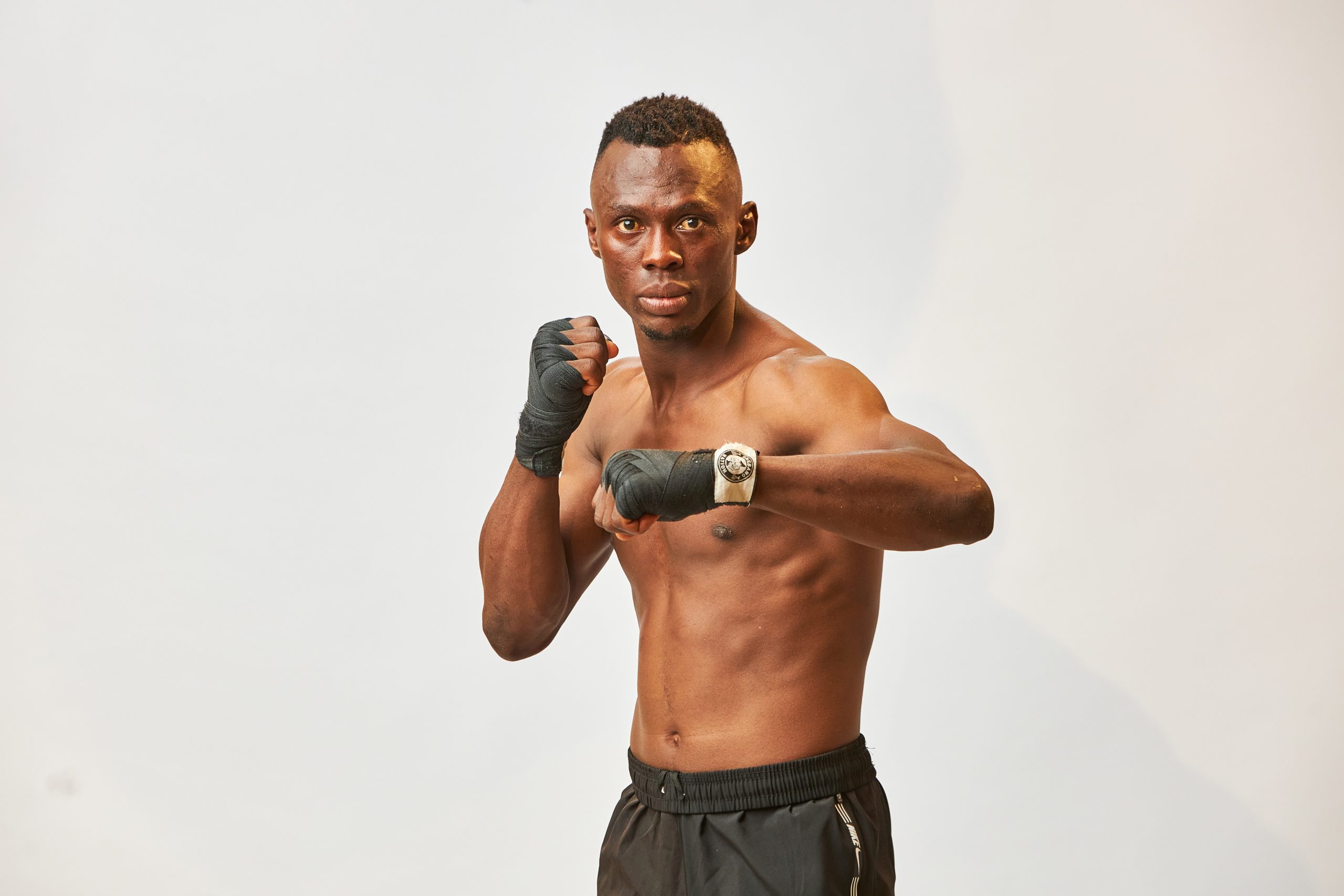 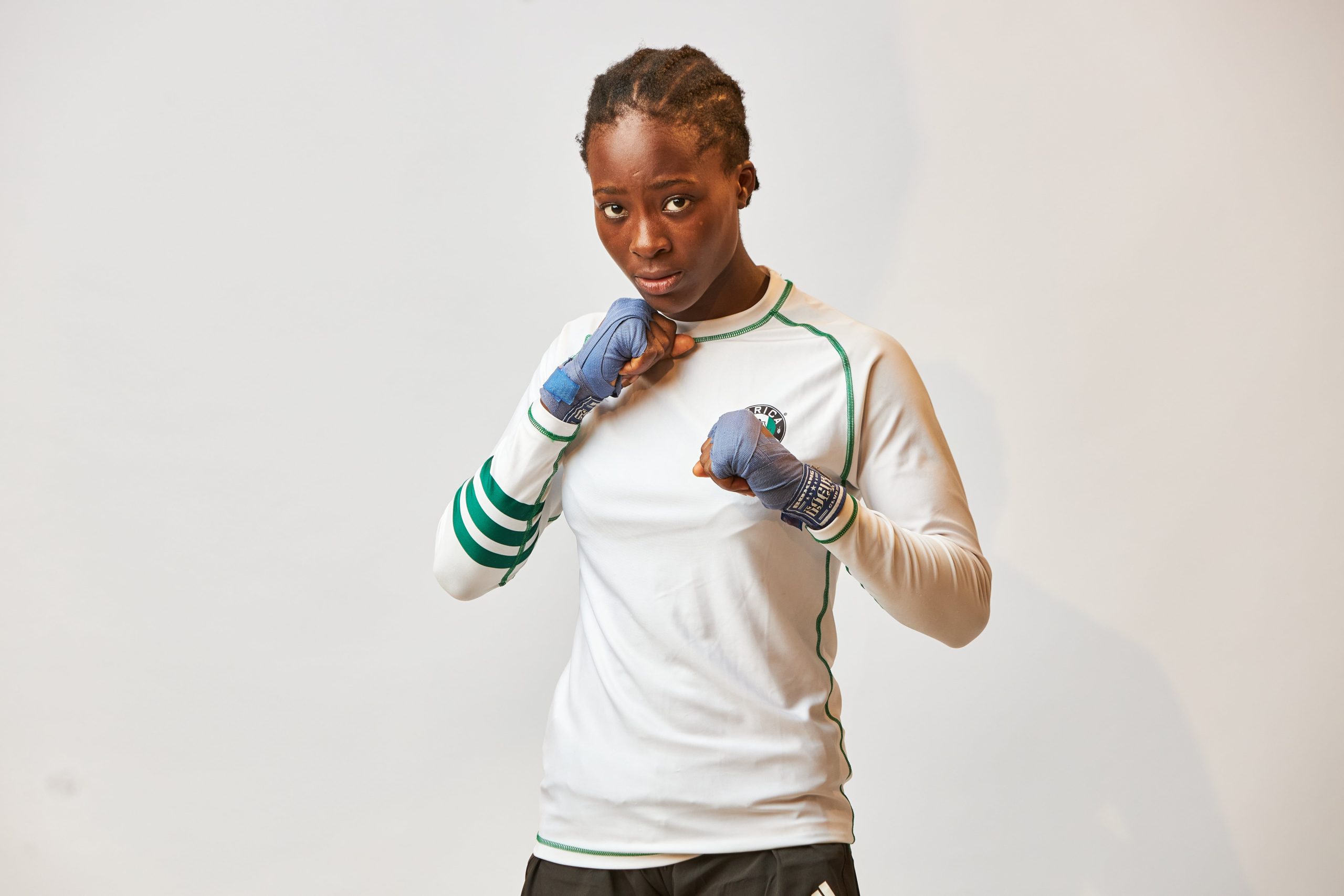 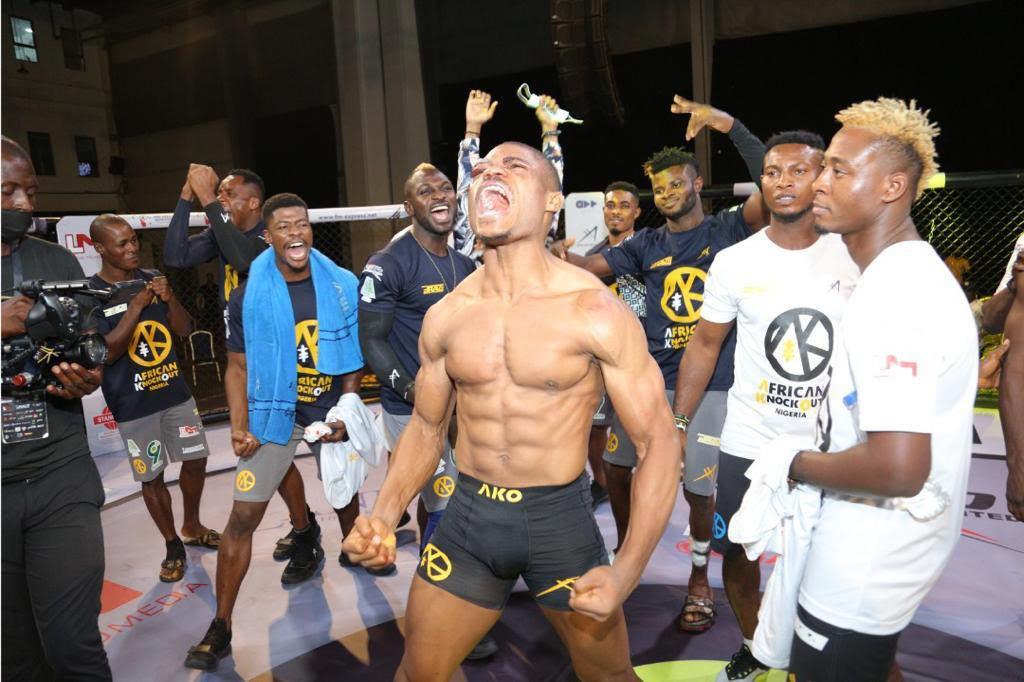 The Faceoff Fight Night series, the highly anticipated mixed martial arts event, is back with its third edition, this time featuring 22 fighters from six African countries.

Faceoff Fight Night 3 comes up on December 29 at the Landmark Event Centre, Lagos.

Tickets are available at www.wakaevents.ng.

FaceOff Fight Nights, which are usually a series of high-end MMA events with fighters from all over Africa, combine sports and entertainment while giving sports fans an opportunity to watch live professional fights.

UFC legend Kamaru Usman’s MMA promotion, African Knockout (AKO), producers of the African KnockOut (AKO) TV show currently showing on Netflix, whose mission is to promote African talents and develop MMA into a major sport in Nigeria and Africa, is the host of this exciting experience.

For this third season of the Faceoff Fight Night series, the owner of the most finishes in AKO history, Nigeria’s own Segun ‘Machine Gun Shegz’ Ogunnoiki, will make his main event debut when he faces a veteran in the sport, Cheriff Drame of Benin Republic, in a middleweight clash.

Faceoff Fight Night 3 will also see knockout specialist, Daniel ‘The Big Shark’ Emeka get a chance at redemption when he takes on the AKO season 1 winner, Ndidi Alonu, in the co-main event, in what promises to be another classic middleweight bout.

The undefeated Melvin ‘Nicotine’ Ugochukwu will take on AKO debutant Johnson Dennis in a light heavyweight bout, while Emmanuel Benard Eweh puts his undefeated record on the line when he takes on Joisas Musasa of the Democratic Republic of the Congo in a bantamweight duel.

In an interesting addition to this season’s fight night series, the event will feature, for the first time ever, two all-female MMA fights.

Pamilerin Akintayo of Nigeria will take on her countrywoman Juliet Chukwu in the first of the two all-female bouts, while 19-year-old Jane Osigwe, also from Nigeria, will square off against 28-year-old Kengni Reine Kevine of Cameroon in the night’s other all-female fight.

Faceoff Fight Night 3 will be broadcast on SuperSport 2 on Gotv and SuperSport Variety 4 on DSTV. It will also stream live for the international audience on the “The AKO Show” YouTube channel.

For more information and updates, kindly visit www.ako.show and follow @theakoshow on all social media platforms.