What is magic spray in soccer? Explaining the World Cup’s favorite injury quick-fix 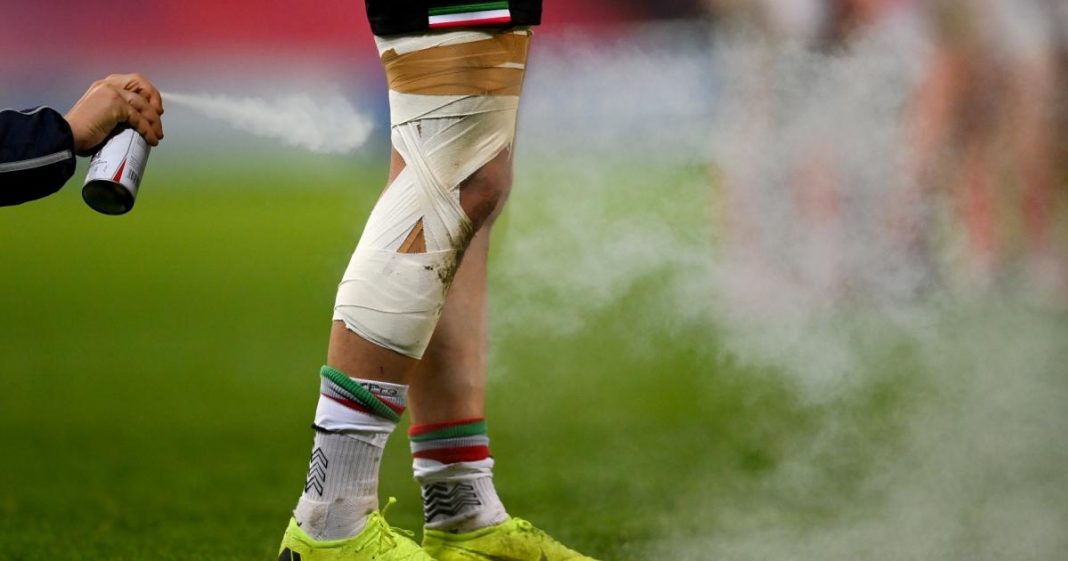 Is it real? Or is it magic?

If you’ve been watching the World Cup closely enough, the odds are that you’ve seen many a player crumble to the ground after taking a knock to their lower extremities.

Hearts sink to the floor as the player struggles to get up, looking all the more likely to be subbed off the pitch.

That’s when the training staff springs into action, ambling across the pitch with a vial of some sort of mysterious compound. Tending to the player, they spray the affected area with the wondrous elixir, at which point the wounded footballer gets a second wind.

MORE: Christian Pulisic makes it clear: ‘I didn’t get hit in the balls’

So, just what is that “magic spray”? And how exactly does it work? The Sporting News has you covered.

What is magic spray in soccer?

The potion that trainers drape their wounded ballplayers in after sustaining a knock is no potion at all. Rather, it’s likely a skin refrigerant, better known as cold spray.

Not quite so magical, after all. However, it does carry some useful properties — mainly, it makes skin cold to the touch, helping numb affected areas after a blow. That helps players fight through the pain barrier and stay on the pitch, even after taking a serious knock.

Does magic spray work for refs, too? #USAvPAR #CopaAmerica pic.twitter.com/LjE2soRgE0

Featuring complex chemicals like dimethyl ether, tetrafluoroethane or ethyl chloride, cold spray doesn’t magically heal injuries. But it can provide just enough relief to help players get through a match, even after sustaining sprains, strains and everything in between.

So the “secret stuff” isn’t all that secret, in reality. But if it helps keep superstars like Kylian Mbappe, Lionel Messi and Luka Modric on the field, I doubt anyone will complain too much.