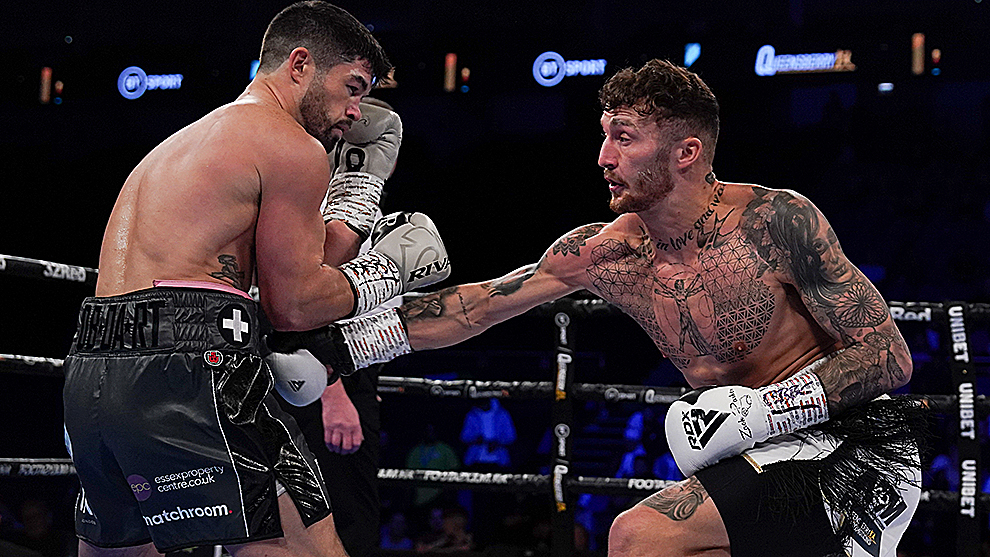 PEOPLE have asked me how I feel about having to withdraw from my fight with John Ryder on Saturday due to a severe injury to my right hand. “Gutted” is the only word that can describe how I feel. I have been in touch with Mike Hayton, the best in the business when it comes to hand injuries and will be in surgery next week to get it all sorted.

The injury happened at the start of the fourth with an uppercut or something I connected with, but then I felt it and I knew I couldn’t keep John off with it. I wanted to win the title, bring it home to Derby and make everyone happy — that’s why I’ve struggled to talk about it since then even though I want people to understand what happened.

After an initial consultation with a surgeon, I was told that if I fought on, I could have done long-term damage to my career. I might not have been able to box again, so I had to stop. I’ve read and seen horror stories about boxers who have had career-ending injuries.

The only way I can explain it is that it would be like tying a footballer’s laces together and asking them to play football. Or another way of looking at it is if a footballer breaks their ankle they are not asked to play on. It was a hard decision, a very hard decision with a lot of things on it, but it was one that I had to make. It would have been impossible to continue.

I’m 28, I’ve got a lot of time and boxing left in me. I want to make the most of it. Hopefully, I get a rematch down the line to set it straight. John has put himself in line for a big fight against Canelo. If that doesn’t happen, I’d like to be in line for John. I was up on the scorecards before the injury, and it will always be a good fight it you put us two in the ring. I respect him a lot.

If John gets Canelo, then the best of luck to him because he deserves it. John and I are both good guys. We both have families. I told him after the fight that I hope he goes on to win the full world title. I wish John the best and I hope he gets the best after this fight.

I’ve had my CT scans. You can see where the bone is fractured, and I could have ended up with permanent damage. They will pin and screw my hand back together then it will be three to four months before I can start punching again.

As I said, it was a very hard decision to make. Every time I tried to throw it, I could hear the cracks and clicks — I can even hear it in my head now when I’m thinking about it. I went to Derby Hospital at first and then Mike confirmed it is a clean break on the metacarpal. It is like a cross on the x-rays. It was a bad break.

People have said I should have fought on. At this top-level, you cannot fight someone as good as John with one hand. You need to be able to jab him off and use both hands. Over the past few days, I’ve got to know more about myself, more about boxing and it’s been a learning thing for me. I will come back stronger.

You will always get stick on social media, and that happened to me over the weekend. I laugh at it. It effects my manager, Neil Marsh, more than it does me. People go for people online then they do the ‘Be kind’ hashtag thing. You should just be nice and try to understand what people are going through.

This is an opportunity for me to give fans and people in the trade the facts, you can say stuff about me, yet I could have lost my whole career that night. I’ve still got a lot to give in boxing. I take inspiration from the likes of John and all that he has done in his career, so I will be back. It is top-level boxing, so you cannot play games when you are in with someone as good as John. I put all my effort into wanting to win. There were a few tears from me after it happened. There will be family time for me now. It is hard because my family were gutted for me, really, as they know what I’m like and how much I wanted it. I put a lot of pressure on myself as a fighter. We move on, though. It’s not about getting knocked down, it is about how you get back up. And I’m going to get back up from this.