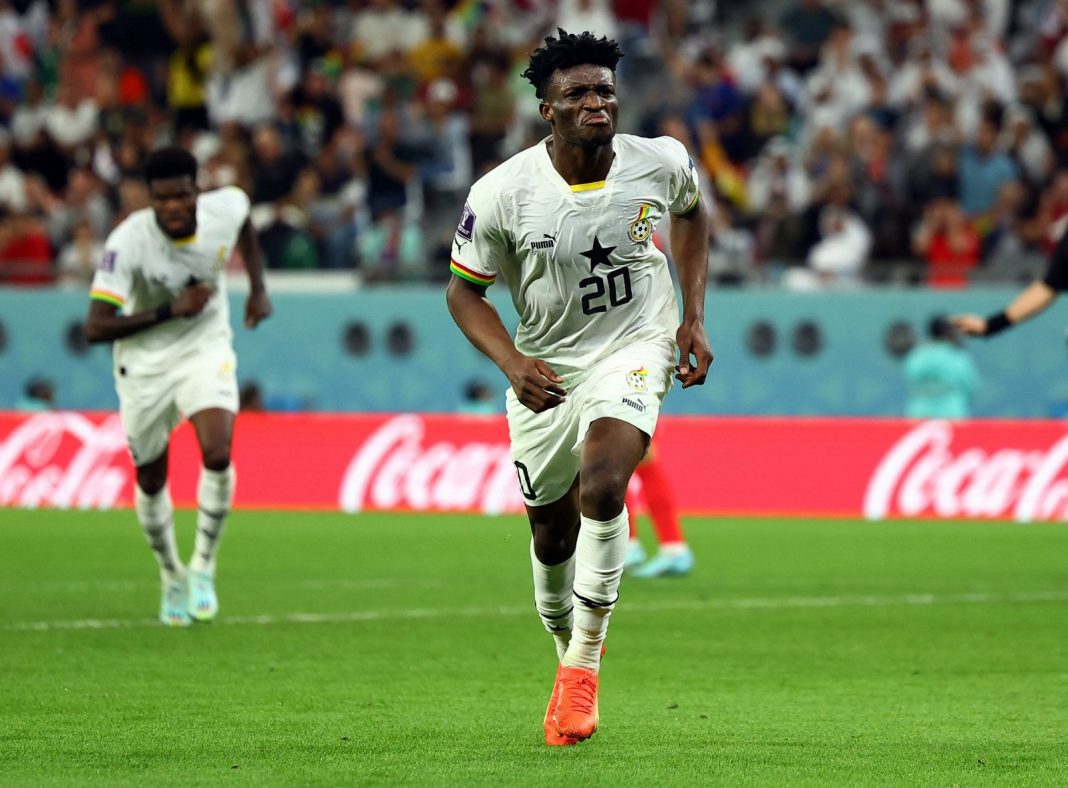 Chelsea manager Graham Potter has entered the heated race to clinch one of the 2022 World Cup’s rising stars, with a wealth of top outfits interested.

Riding an indifferent wave of form since switching Brighton & Hove Albion for Chelsea earlier this season, Potter has now identified AFC Ajax’s Mohammed Kudus as a transfer target, with the Ghanaian dynamo impressing on the world stage.

This is according to a report from Spain (via BBC Sport), which declared that Chelsea are among the likes of Liverpool, Paris Saint-Germain and Real Madrid in pursuing a move for the ace that will see pen strike paper.

The 22-year-old has been a vital cog for his side in Qatar, threatening from every angle and providing a robust presence that has left his side within grasp of a place in the first knockout phase of the tournament.

Whilst stylistically two players with different skill sets, Kudus could adopt the seat that Hakim Ziyech has taken on the Chelsea ship since himself signing from Ajax in 2020.

Where the Blues’ Moroccan playmaker strives to provide creative auxiliary, looping precise balls into the box and drawing players toward him like a magnet, creating space for teammates to drive forward into fruitful openings, Kudus is a dynamic presence blessed with versatility.

Ziyech has often struggled to maintain a regular starting role in West London, despite oozing class and guile in abundance, and Todofichajes report that the 29-year-old is a January target for Serie A champions AC Milan.

Originally a box-to-box midfielder, Kudus has recently found a home higher up the pitch, with an innate knack for striking the back of the net; for his club this term, the £12.9m-rated star has recorded ten goals and two assists in 21 matches, often flourishing in and around the opposing penalty area.

Four such goals came in the Champions League, with a goal apiece against Liverpool and Serie A leaders Napoli.

And now efforts have been emulated in Qatar, with the Black Stars one victory away from the next stage.

Positioned on the right flank, and with two goals against South Korea coupling a tenacious display against Portugal, the “special” Kudus – in the words of Owuraku Ampofo – is relishing the chance to increase his stock and perform against the very best.

As per Sofascore, the dynamo has recorded 2.0 shots per match at the World Cup, precisely recording 1.5 on target, while also contributing effectively with defensive duties by making 1.5 tackles and 0.5 interceptions per game.

He has also recorded 2.5 dribbles per outing whilst plying his trade for his country, and will be a driving force behind prospective qualification to the next round.

With a worth of roughly £15m, Kudus will likely see his stock skyrocket as the winter transfer window looms near, and Chelsea should bite the bullet and utilise their wealth by signing a sought-after star capable of injecting vitality and dynamism into the ranks, consequently swatting away the interest of top European rivals.

And with Potter looking to reshape the Blues to his design, signing a multi-faceted star like Kudus could prove worthwhile, replacing Ziyech, seven years his senior, and installing a player capable of absorbing the tactical intellect of his diligent manager and thriving with a direct, and positive approach.