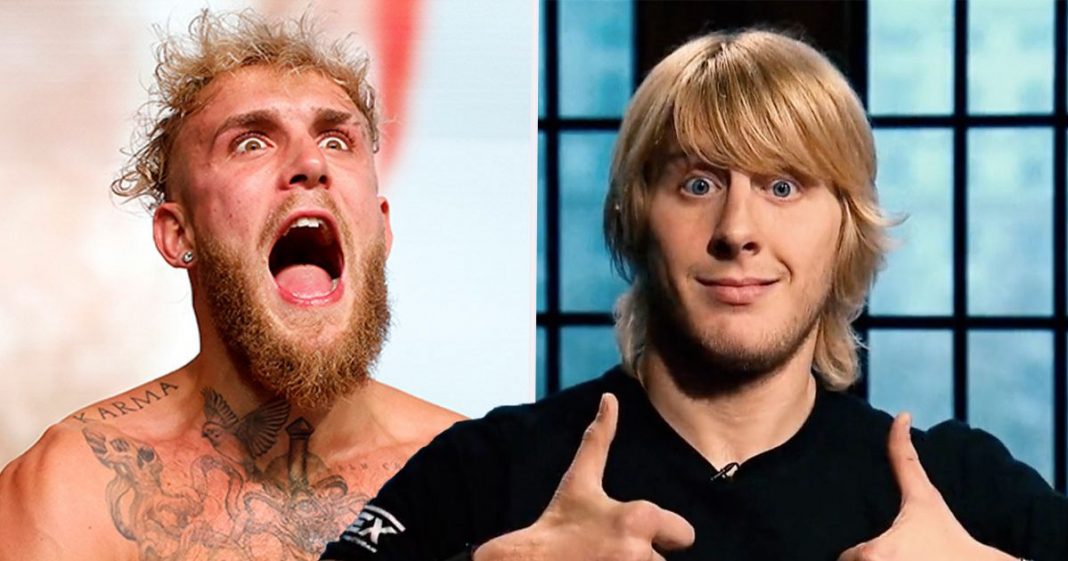 Paddy Pimblett has accepted Jake Paul’s $1million sparring challenge after the pair rowed over whether the YouTuber’s fights are fixed.

Pimblett accused Paul of rigging his boxing bouts – including his points win over UFC legend Anderson Silva last month. The social media star hit back at the Liverpudlian and challenged him to a spar at his gym in Puerto Rico – promising to pay him $1m if he ‘won’.

Pimblett, who returns to action on Saturday week at UFC 282, declined to fly out so close to his fight, but offered to meet Paul in the ring at the UFC’s Performance Institute in Las Vegas less than 48 hours after his bout.

“Challenge accepted but I’m not coming to Puerto Rico when I’m fighting next Saturday,” he said in a video posted to social media. “If you want to spar, come to the PI next week. As I say, I fight Saturday, I’ll chill Sunday and I’ll beat you up Monday, offer’s there.”

Paul has consistently faced fixing accusations since he knocked out Ben Askren last year. They resurfaced when he beat another retired UFC fighter in Tyron Woodley – and again when he dropped Silva en-route to a points win.

“He gets the best coaches in, the best nutritionists in and stuff like that, Jake Paul is actually not that bad now, even though I think his fights are fixed,” Pimblett said. And asked if he really feels that the fights are rigged, Pimblett doubled down, adding: “Yeah, but I don’t think the Tyron Woodley knockout was fixed.

“When you get knocked out like that and you land face first, if you’re not unconscious you’d go [put your arms out], you can’t help it that’s a human reaction. I seen an angle of a punch he hit Anderson Silva with the other day where he sat down and he didn’t even hit him.”

W ill Jake Paul beat Paddy Pimblett in a spar? Let us know in the comments section below

Paul later took to social media to post a video in response, saying: “I was really wanting to like you, I really was; you’ve got a good thing going for you but then you come out and say my fight with Anderson Silva was rigged,” Paul said.

“I’m sick and tired of this narrative. It’s stupid and pathetic; you’re disrespecting the own GOAT of your own sport. You’re saying that Anderson Silva is a criminal, that he is a fraud. You’re saying Viacom, one of the biggest media companies in the world, is doing criminal stuff.

“I have a proposition for you; since you wouldn’t rig a fight, let’s spar. Fly to Puerto Rico – I’ll get you a private jet – and we can do five three-minute rounds of boxing. If you win, I’ll give you $1million, which is what you deserve to get paid Paddy. You know it, but the UFC is not paying you that, you deserve to get paid more.

“But if I win, you have to join the United Fighters Association and help me sign up all the fighters in the UK. So let’s spar, put your money where your mouth is – let’s go.”