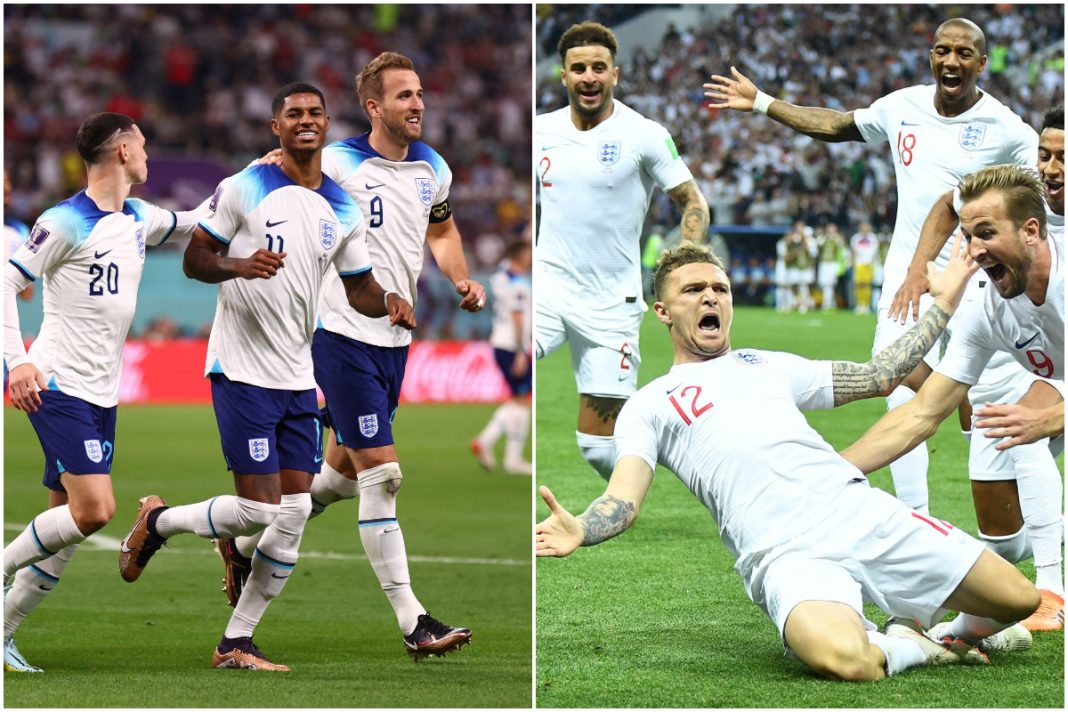 Marcus Rashford’s outstanding free-kick against Wales tonight is the first at a World Cup since Kieran Trippier’s memorable finish in 2018.

The Manchester United forward netted a brace to secure England’s progression to the Round of 16. They will face Senegal on Sunday, December 4 after finishing first-placed in Group B.

????’? how you hit a free-kick ?#BBCFootball #BBCWorldCup @MarcusRashford pic.twitter.com/dLEKv7ttjt

The last time any player netted a direct free kick also sent England fans into bedlam, as it was Trippier’s in the semi-final four years ago. He opened the scoring in the fifth minute against Croatia and had the players and supporters dreaming of a place in the final.

The Three Lions ultimately fell short in the second half after the Croatians netted two goals with no response from England.

They then made the Euro 2020 final before narrowly missing out on penalties at Wembley Stadium.

This year provides the opportunity for Gareth Southgate’s men to go one step further and end 56 years of hurt.