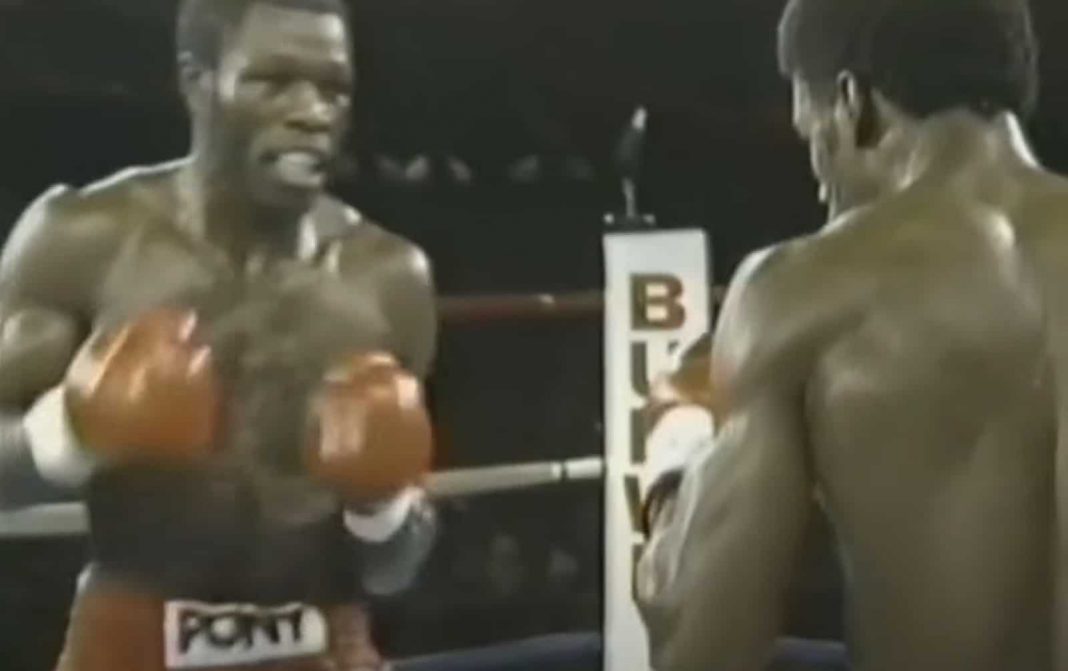 By Ken Hissner: One of the most well-liked boxers ever produced out of Philadelphia passed away on November 20th, in IBF Super Welterweight champion Buster Drayton at age 70.

We just lost a great champion and brother, one of south 7th Street South Philly’s finest, Buster Drayton. My heartfelt condolences go out to the family and friends, and fans of the Champ. May he rest in peace, gone but not forgotten.

In June of 1986, ranked No. 2 Drayton, 27-9-1, was defeated by a majority decision to No. 3 ranked Puerto Rico’s Carlos Santos, 33-1, for the vacant IBF Light Middleweight title at the Meadowlands Arena, East Rutherford, New Jersey.

Drayton was managed by Ivan Cohen and trained by Wesley Mouzon. He boxed approximately seven times for Philadelphia IBHOF promoter J Russell Peltz who had this to say about him:

He was the perfect example of a fighter who learned from his setbacks and proof that you didn’t have to be undefeated to make a name for yourself. It’s a shame that today’s television executives simply don’t understand that, and that’s why guys like Buster would have a tough time today because everything is about the numbers and not the ability.

Drayton had four straight knockouts after winning the title, two non-title wins, and two title defenses, all in France.

In August 1986, he stopped former WBA Light Middleweight champion Davey Moore, 15-2, in 10 rounds. In March 1987, he stopped Frances Said Souma, 22-4, after ten rounds. In June, he lost his title to Canada’s Matthew Hilton, 26-0, by decision in Montreal, Canada, having broken his right hand in the third round.

Drayton ended his career in June of 1995, losing a decision to Derrick “Poppy” Rolan, 21-2, for the IBF-USBA North Atlantic middleweight title in Worcester, Massachusetts. His final record was 40-15-1 with 28 stoppages.

I remember training and sparring with this guy many times, and back then, it seemed he had one of the most unorthodox boxing styles that I had seen. Bus could knock you out with a left hook or what I believe was his favorite shot, that dam overhand right. He was always full of laughter.

Drayton served as a sparring partner for world middleweight champion “Marvelous” Marvin Hagler for four years and had his to say about it:

The other sparring partners were thinking they were going to knock Marvin out, but my attitude was I was going there to learn. Hagler told me to go out there on your own, for you are ready to be a champion.

I covered Buster Drayton’s title-winning fight with Carlos Santos, but my strongest memory was when he visited the Ring editorial office in Manhattan shortly after stopping Davey Moore in the first defense of the IBF belt. He was beaming from ear to ear as he recounted the tale of his extraordinary fistic odyssey, which resulted in a feature article in the December 1986 issue.

From being bullied into boxing while serving in the Marine Corps to his upset victory over Santos, Buster’s story unfolded in a gust of enthusiasm. He credited sparring with Marvin Hagler on a regular basis for giving him the confidence boost he needed.

“I thought, hey, this guy is the champion, and I’m holding my own with him,” said Drayton. “I can really make something of myself.”
And he did.

Nigel Collins, Ring Magazine Editor
A close co-worker and friend Doreen Donnelly had this to say: I never heard anyone ever say one bad or mean thing about him. That is rare. Everyone loved him.

As a police officer at the Veterans Affairs Medical Center, Buster greeted everyone with a smile. He went out of his way to assist anyone that he saw. He was a pleasure to work with and always had a positive attitude. He was the heart and soul of the police department, and when he retired, he left a hole that seemed impossible to fill.

He will be missed, but he will live on in the stories that will be told for years. (A personal note from this writer knowing her she was a big fight fan for years, coming to the fights and as nice of a person you could meet).

On December 6th, from 8 am to 10 am at Mt. Enon Baptist Church, 500 Snyder Avenue, Philadelphia, Pa. will be a “Service of Love” for the champion.