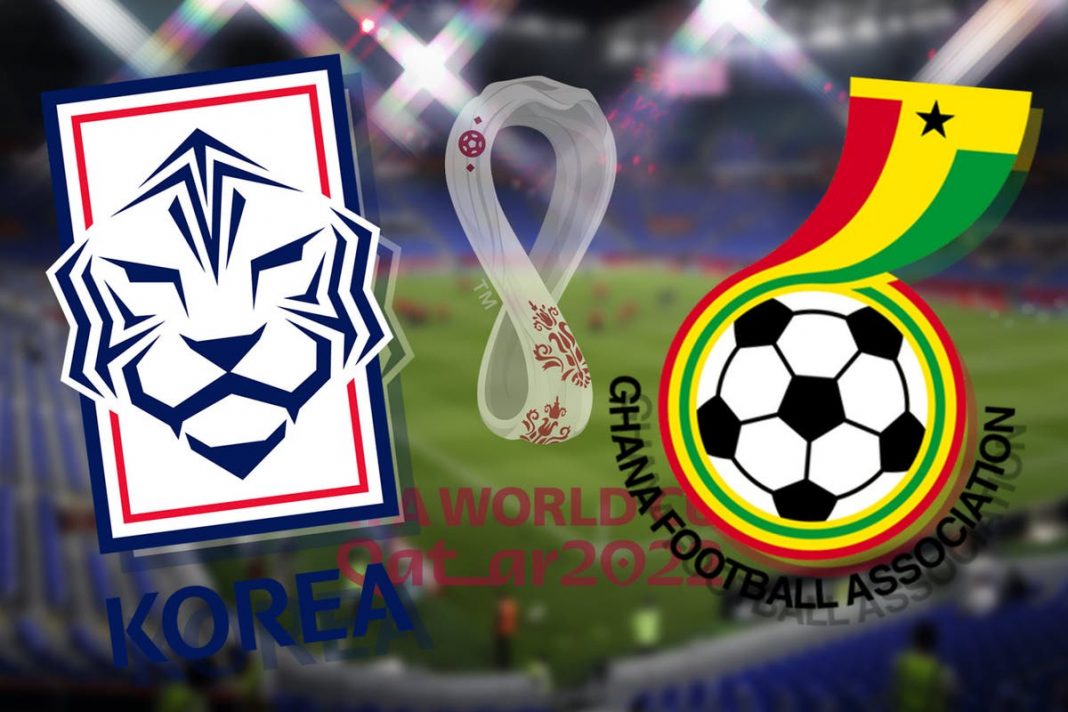 Korea have a point to their name after an opening Group H stalemate against Uruguay in Al Rayyan on Thursday, riding their luck somewhat after La Celeste twice hit the woodwork in a low-key affair and missing good opportunities through Hwang Ui-jo and a masked Heung-min Son.

That is one point more than next opponents Ghana, who lost out after a thrilling second half against Portugal, Andre Ayew and Osman Bukari netting in an eventful finish before Inaki Williams crucially slipped with a tremendous chance in the ninth minute of stoppage time after coming from behind to dispossess red-faced goalkeeper Diogo Costa.

Both sides should be looking at this as their most winnable group game, which could add a lot of excitement to proceedings.

The match will take place at Education City Stadium in Al Rayyan, Qatar.

Where to watch South Korea vs Ghana

TV channel: In the UK, the match will be televised free-to-air and live on BBC One, with coverage beginning at 12:45pm.

Live blog: You can follow all the action via Standard Sport’s live blog.

South Korea may once again be without Wolves forward Hwang Hee-chan, who missed the opener against Uruguay due to a slow recovery from a hamstring issue.

But talisman Son appeared to have no problem playing in that facemask to protect himself after surgery to fix facial fractures suffered on club duty with Tottenham.

Hwang Ui-jo could be replaced by Cho Gue-sung in attack after South Korea failed to muster an attempt on target against Uruguay.

Ghana captain Andre Ayew trained separately from his team-mates on Friday but the former Swansea and West Ham striker is expected to be available.

The stakes are high in this encounter, with defeat ending Ghana’s hopes of qualification and anything less than a win for Korea making their path to the last-16 tricky with only Portugal left to play.

After a good first half against Uruguay, Paulo Bento’s side were dominated thereafter and lucky that the woodwork denied both Diego Godin and Federico Valverde.

After a dire first half, Ghana showed they are no pushovers against Cristiano Ronaldo and Co and were it not for Inaki Williams’ slip could have been celebrating a famous last-gasp point.

A draw could well beckon here though, which will leave the group finely poised before matchday three.

Both sides have four wins apiece from nine previous meetings, including a thumping 4-0 friendly win for Ghana in the last instalment in 2014, when Jordan Ayew notched a hat-trick in a World Cup warm-up.

Odds via Betfair (subject to change).