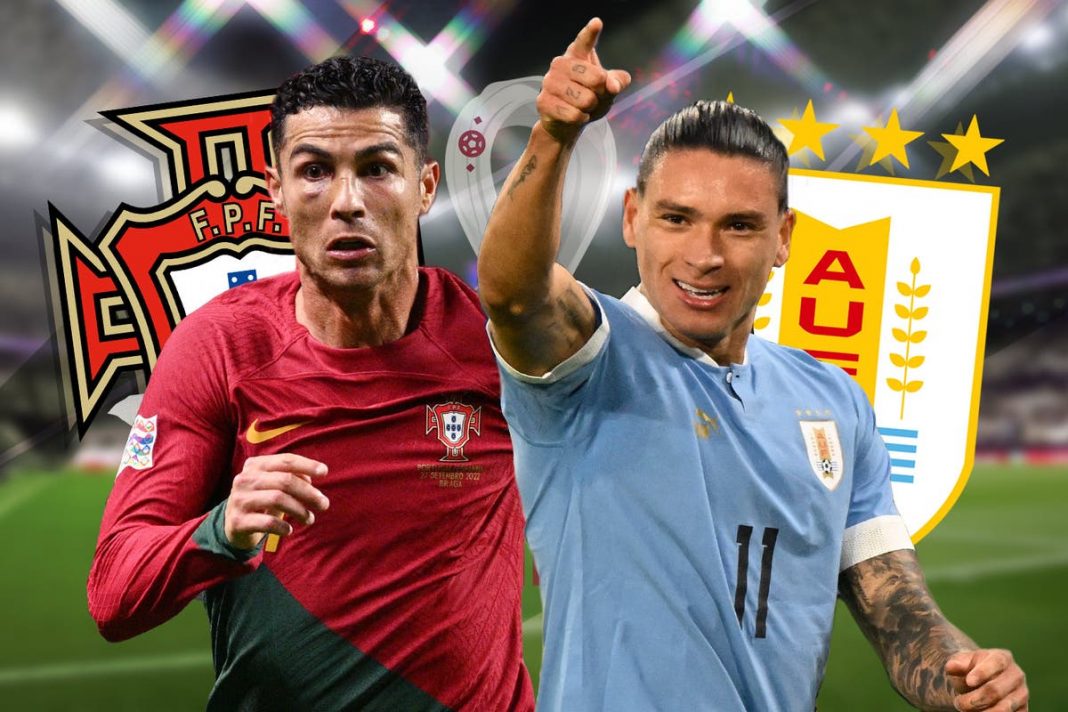 ortugal beat Uruguay 2-0 on Monday with two goals from midfielder Bruno Fernandes to become the third team after France and Brazil to qualify for the World Cup knockout stage.

The Europeans had dominated possession before Fernandes’ 54th minute cross floated past Uruguayan goalkeeper Sergio Rochet, who was rooted to the spot as Cristiano Ronaldo rose to head the ball and initially celebrated the goal as his.

Fernandes scored the second in injury time after a penalty was awarded for handball following a video review.

Uruguay, who had knocked Portugal out of the 2018 World Cup, will rue a string of chances on the break: midfielder Rodrigo Bentancur skipped past three players only to see his shot brilliantly saved, Maxi Gomez hit the post and Luis Suarez shot into the side netting.

Portugal’s second win in two games put them top of Group H on six points and heading into the last 16. Uruguay, third on one point, must beat Ghana in their final group game to have a chance of progressing.

Bruno Fernandes may have one or two goals on the night for Portugal – and was unlucky not to grab a third – but was still the star man on the night at Uruguay were beaten at the World Cup.

Cristiano Ronaldo ran off celebrating the opening goal but was not officially awarded it after his header was adjudged to have failed to meet Fernandes’s cross.

Portugal then won a penalty which Fernandes dispatched with Ronaldo off the pitch, settling nerves to seal his nation’s spot in the knockout stage. Uruguay will need to beat Ghana to get through Group H and avoid their first World Cup group stage exit since 2002.

Nizaar Kinsella was at Lusail Stadium following a Ronaldo-led Portugal side.

The opening 45 minutes had perhaps been the most turgid of the tournament so far. A game dominated by seasoned veterans looking for a last dance, the tempo was something approaching that of a waltz, with only Rodrigo Bentancur going close to breaking the deadlock by gliding through the Portuguese defence.

Unlike club level this season, however, the Tottenham midfielder could not finish and struck tamely at Diogo Costa.

84:00 – To bring on Paulinha and Nunes to see a game out is a huge boost to Santos. Even if the Selecao aren’t as entertaining as they could be, there’s so much to steel to compliment their style going forward.

77:00 – Suarez hits the side netting from point-blank range!