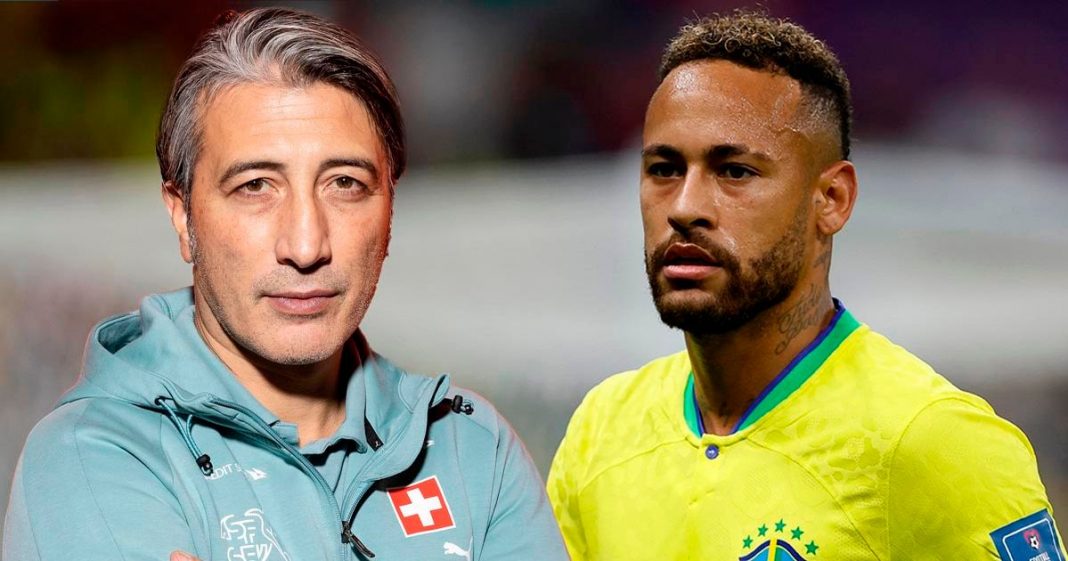 Switzerland coach Murat Yakin has urged his team not to be fooled into thinking Neymar’s injury has taken the magic from Brazil.

Yakin’s team opened their own campaign by beating Cameroon and next up are a Selecao side that have been stripped of their talisman. But the Swiss boss is still preparing his team to expect the worst and hope for the best.

Yakin said: “If you are playing against a team who are missing a world-class talent and their best player, it must pain us all in our football hearts. You want to play against the best when you come to the World Cup.

“But Brazil have excellent players and enough talent to construct three great teams. We must be ready to face an outstanding team – but we are also ready to show our own game against opponents who are one of the strongest in the tournament. To do that, we must focus on our own qualities and skills.”

Murat has thrown down the gauntlet for his players to prove he was right when he hailed them as the best team to ever represent Switzerland.

Neymar was withdrawn through injury against Serbia on Thursday
(
Getty Images)

HAVE YOUR SAY! How will Brazil fare against Switzerland without Neymar? Comment below.

Former Liverpool and Stoke playmaker Xherdan Shaqiri, who plays for MLS side Chicago Fire, said: “It is good that the coach says those words about us – and now let’s see if we can show something against a great team.”

Neymar took to social media to explain how this latest injury setback has impacted him emotionally, writing: “The pride and love I feel wearing the shirt is inexplicable. If God gave me the opportunity to choose a country to be born in, it would be BRAZIL.

“Nothing in my life was given or easy, I always had to chase after my dreams and my goals. Never wishing someone harm but helping those in need. Today has become one of the most difficult moments of my career… and again in a World Cup!

“I have an injury yes, it is annoying, it is going to hurt, but I’m sure I will have a chance to come back because I’ll do my best to help my country, my teammates and myself. Long wait for the enemy to take me down like this? Never! I am the son of the god of the impossible and my faith is endless.”

A surprise Switzerland victory would all but secure their place in the last 16 of the competition.