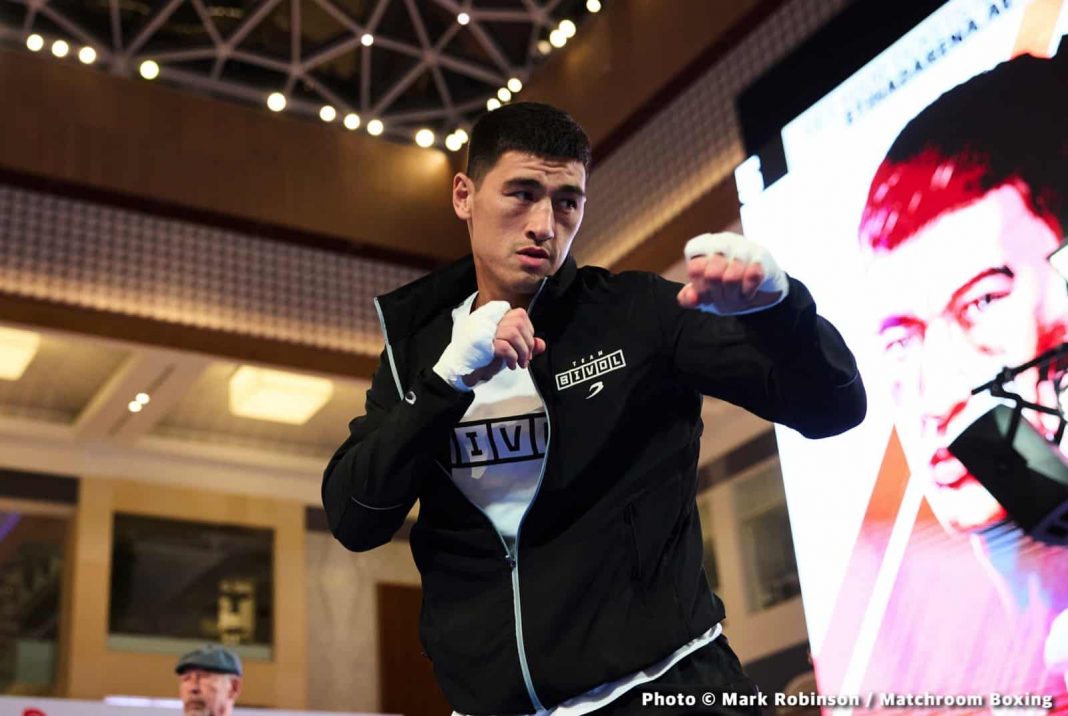 By Dan Ambrose: Jermall Charlo is pushing hard for a fight against Canelo conqueror Dmitry Bivol that has cash-out written all over it for the unbeaten WBC middleweight champion.

After fourteen years of playing it safe, fighting non-threatening opposition, why would ‘Big’ Charlo suddenly want to break that trend by facing an elite-level fighter in Bivol (21-0, 11 KOs)? It’s pretty obvious when you think about it.

When Jermall returns to the ring next year, he may be forced to defend his WBC middleweight title against his mandatory Carlos Adames, and that’s a fight that he will likely lose.

Fighting only once a year for the last two years and coming off of what will be a 20-month layoff, the slurring Jermall will be overmatched against the younger 28-year-old Adames (22-1, 17 KOs). Additionally, the money that Jermall will make fighting Adames won’t be huge because that’s NOT a pay-per-view-worthy contest.

It doesn’t matter if Showtime sticks Charlo vs. Adames on PPV; it won’t bring in big numbers because it’s not a fight that boxing fans are asking for. Adames isn’t a big name.

On the flip side, if Jermall faces Bivol next at 168, it’s a fight that will sell on PPV because it can be marketed from the standpoint that the winner will face Canelo Alvarez next.

Jermall’s career won’t be damaged as severely losing to Bivol as it would in getting beaten by Adames. In other words, Charlo would have the excuse of fighting a guy from a bigger weight class than him in Bivol, even though we wound that Jermall is bigger than him.

“2023, I know that’s the biggest question that everybody has. I’m 100% now; I’m ready. You saw Bivol call me out,” said Jermall Charlo to Fighthype when asked when he’ll return to the ring.

It was Charlo doing the calling out, not Bivol, but it’s still an interesting fight if it happens.

“I’m bigger than him. I’m big Bol! Big Mall,” said Charlo about him being bigger than Bivol.

You got to give Jermall respect for being able to drain down from the 170s to fight at 154 and 160 all these years, but it’s also kind of lame.

“I was impressed by the Canelo fight. I’m impressed with the dude, period,” said Jermall about Bivol.