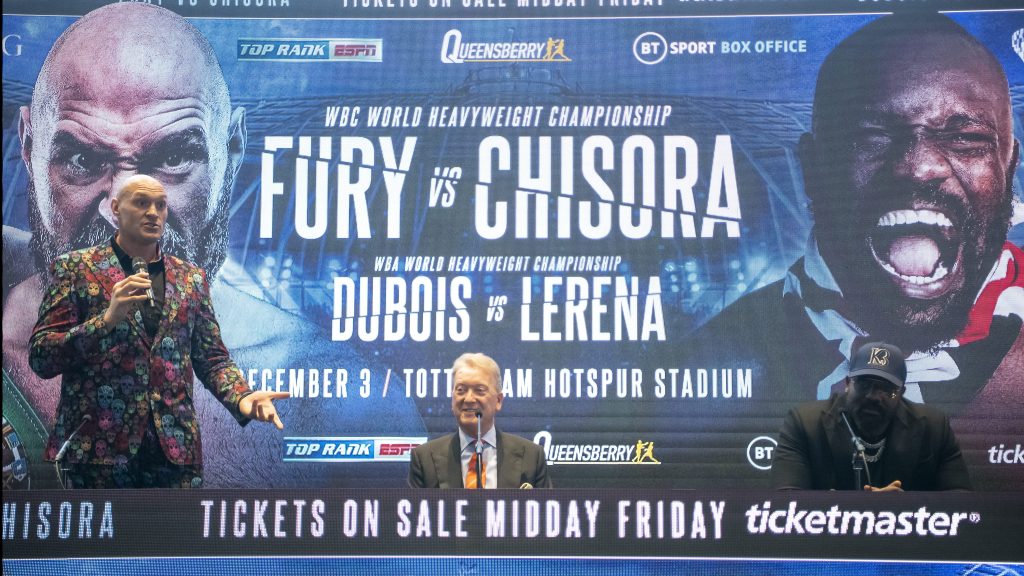 Tyson Fury will face familiar foe Derek Chisora in London. Meanwhile, in the Phoenix area, great little men Juan Francisco Estrada and Roman Gonzalez will face off in the rubber match of their epic trilogy.