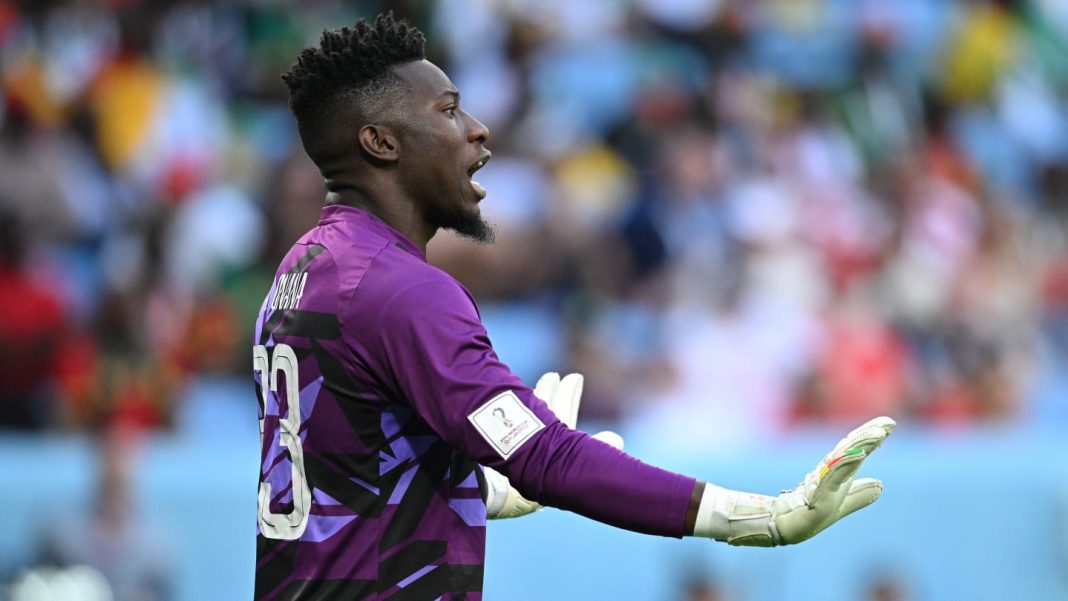 Cameroon have confirmed that Inter goalkeeper Andre Onana has been suspended due to a disciplinary issue.

Onana played the full 90 minutes in the 1-0 defeat to Switzerland and had been expected to feature on Monday against Serbia, only for numerous reports to claim that the Inter stopper had been banished from the squad.

Some reports argued that Onana had been dropped due to a difference of opinion when it comes to tactics, with Cameroon manager Rigobert Song said to prefer a ‘more traditional’ style of goalkeeping.

Now, the Cameroon FA have confirmed that Onana has been suspended.

“The Cameroon Football Federation hereby informs the public that following Mr. Rigobert Song Bahanag’s decision, Head Coach of the Indomitable Lions, the player Andre Onana has been temporarily suspended from the group for disciplinary reasons,” a statement read.

“The Cameroon Football Federation reiterates its full support to the Head Coach and his entire staff as they implement the Federation’s policy aimed at preserving discipline, solidarity, complementarity and cohesion within the national team.

“FECAFOOT further reaffirms its commitment to create a peaceful atmosphere for the team and to provide them with adequate facilities for an outstanding performance.”