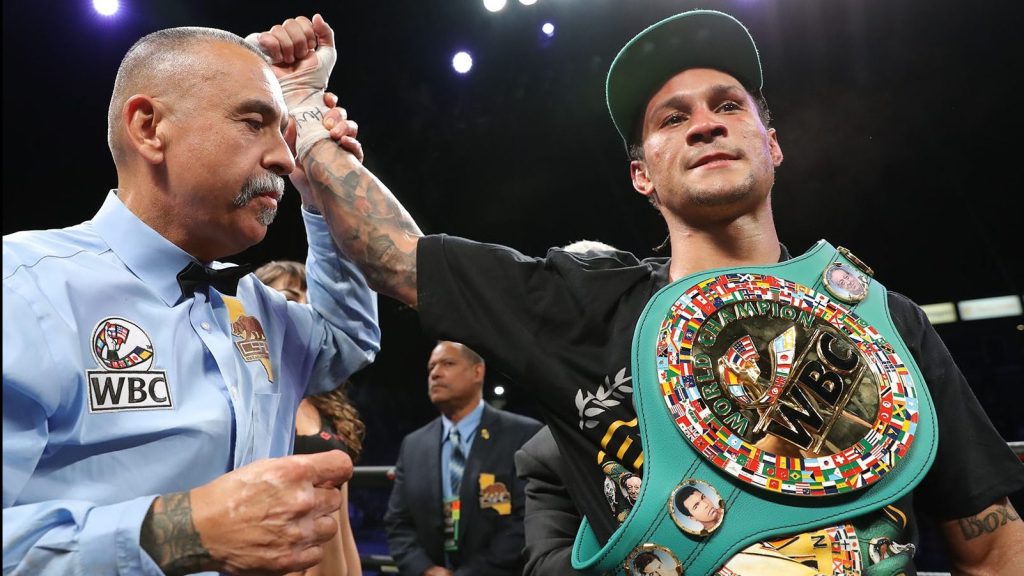 Editor’s note: This new feature – Weekend Review – replaces the discontinued Good, Bad, Worse. The premise is the same: A look back at the past week of boxing.

Regis Prograis – Prograis had been a forgotten man since he lost his junior welterweight title to Josh Taylor in October 2019 because he fought only once a year after that and never on a big stage. On Saturday, he reminded us what we were missing. The 33-year-old from New Orleans gave a dazzling performance in Carson, California, stopping overmatched Jose Zepeda in 11 rounds to become a two-time 140-pound champion. Prograis (28-1, 24 KOs) gave a boxing clinic, which left a good fighter in Zepeda looking lost most of the fight. The loser landed only six-plus punches per round, according to CompuBox. And then Prograis finished the job in style, scoring a brutal knockout 59 seconds into Round 11. He left no doubt that he’s a threat to anyone at 140 pounds – including his conqueror, Josh Taylor – and could compete with the elite 147-pounders eventually. It was a special night for him.

Jose Zepeda – Zepeda (35-3, 27 KOs) had a bad night. He had two previous losses in his career but was never dominated like he was by Prograis, who seemed to expose Zepeda’s limitations in the latter’s third failed attempt to win a major world title. The 33-year-old from the Los Angeles area never gave himself a chance to win. He should’ve gotten nasty with Prograis after it became clear he couldn’t box with a superior boxer but didn’t, although that’s easy for me to say because I’m not taking one hard punch after another from one of the best in the business. Bottom line: Zepeda was in over his head. Does he still have a realistic chance of winning a belt? That would depend on the opponent. I don’t see him beating someone at the level of Prograis or Taylor. And, of course, how many more opportunities is he going to get?

Dillian Whyte – The longtime heavyweight contender eked out a majority decision over relative unknown Jermaine Franklin (21-1, 1 KOs) on Saturday in London, a fight that some believe Franklin did enough to win. Had Whyte lost, he would’ve fallen in back-to-back fights (he was stopped by Tyson Fury in his previous outing) and been 2-3 in his last five. The 35-year-old Londoner would’ve been hard-pressed to bounce back from that. As it was, Whyte (29-3, 19 KOs) had his hand raised. And now he seems to be on track to face Anthony Joshua in a rematch next year. If he can find a way to win that fight, people will have forgotten his cold streak and he’ll be back in legitimate title contention.

Bakhodir Jalolov – The 6-foot-7 Uzbek seems to have all the ingredients necessary to become a heavyweight champion, which was evident once again during his fourth-round knockout of Curtis Harper on the Prograis-Zepeda card. The 2020 Olympic gold medalist has a vast amateur background, which gives him an outstanding fundamental foundation. He can box. And 12 knockouts in as many pro fights supports the notion that he can crack. One question mark is his chin. We’ll see what happens when he’s caught by another big puncher. As it stands, the Brooklyn-based Jalolov is on a short list of rising big men who could one day soon dominate the division. Among the others: Joe Joyce, Jared Anderson and Frank Sanchez. Stay tuned.

John Ryder vs. Zach Parker – The British super middleweight contenders were engaged in a compelling fight when, after four rounds, the previously unbeaten Parker (22-1, 16 KOs) quit because of an injured (broken?) right hand Saturday in London. Ryder (32-5, 18 KOs) was baffled initially but then celebrated, which makes sense: He’s now the mandatory challenger to Canelo Alvarez’s WBO title. For Parker, there was nothing to celebrate. He had his own dreams of challenging Alvarez but will now have to take time off to heal and then begin the rebuilding process. And some observers undoubtedly wonder whether Parker should’ve tried to continue, which is harsh judgment because we don’t know the extent of the injury. Nevertheless, the unfortunate ending contributed to a disappointing night for a good boxer.

Yokasta Valle – The strawweight titleholder from Costa Rican moved up in weight to challenge junior flyweight titleholder Evelin Bermudez on the Prograis-Zepeda card, leaving her at what seemed to be at a physical disadvantage. That didn’t deter her. She used a combination of ability, hustle and sheer guts to outwork her Argentine opponent and win a majority decision, become a three-division champion and make it clear that she’s one of the best female fighters pound for pound. Valle (27-2, 9 KOs) is a former atomweight champ. The prideful Bermudez (17-1-1, 6 KOs) has nothing to be ashamed of. She gave a good effort. And she’s only 26. She’ll be back.

The Vargases – Former junior middleweight titleholder Fernando Vargas has produced a brood of promising boxers. His three sons – Fernando Jr., Emiliano and Amado – have a combined record of 14-0 (11 KOs) in their young careers after Junior and Amado won their fights on the Prograis-Zepeda card. Of course, it’s early. The second-generation Vargases, who are trained by their famous father, are just started out. However, having been around boxing their entire lives, they have a good feel for the sport and have inherited dad’s fighting spirit. I won’t be surprised if one or more of them succeeds long term.