The BN Preview: Tom Farrell aims to provide Harlem Eubank with the first test of his pro career 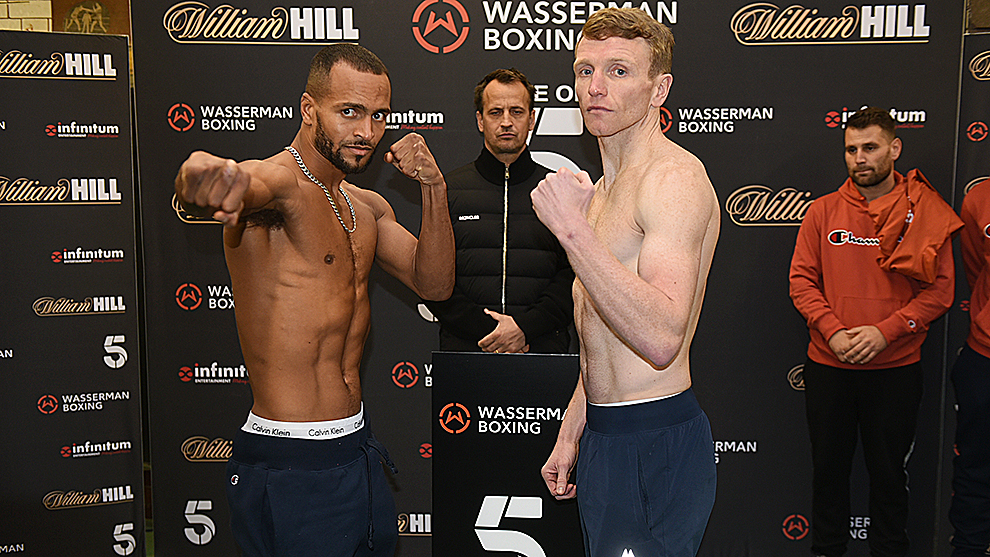 LOOKING ahead to his 10-rounder against Harlem Eubank at Bethnal Green’s York Hall on Friday night (November 25), Tom Farrell said: “Let’s see how good he is.”

Eubank has been good enough to win all 15 fights so far and the affable 28-year-old super-lightweight from Brighton says the Farrell fight marks “the next phase in my career.”

He headlines for the first time and Channel Five televise.

This fight was set to happen in Newcastle in July. Farrell was ruled out after testing positive for Covid 19 and Eubank had his hands full with his replacement, Mexico’s Elliot Chavez (11-4-1). Referee Kenny Pringle threw Chavez was out in the ninth after he had twice hit Eubank on the break.

Eubank put it down to frustration and Farrell went along with that, adding: “There was a language barrier as well. I thought he [Harlem] did well to get up and carry on. He showed his minerals.”

Eubank has served a quiet, tough apprenticeship away from the spotlight.

He won 50/50 fights against Martin McDonagh (8-1) and Daniel Egbunike (6-0) and produced one of the punches of the year to flatten veteran former Commonwealth lightweight champion Sean Dodd (17-6-1) in May. The shot was a lightning left-hook counter.

Dodd is a common opponent. He beat Farrell on a four-round technical decision that didn’t really prove much three years ago, apart from that Farrell has a tendency to cut.

On the biggest nights of his career, Farrell has been well beaten in six by Ohara Davies (15-1) and outpointed by Leytonstone left-hander Philip Bowes (19-3) for the Commonwealth title by five, six and eight rounds.

There was a run to the final of Ultimate Boxxer final, where he was beaten by Cori Gibbs, last November, but that aside, Farrell hasn’t been that impressive lately.

He was upset over six by Lithuania’s Edvinas Puplauskas (6-28) last September after being dropped three times and struggled with Nigeria’s Oliade Fijabi (16-2) in June.

In fairness, Farrell, the older fighter by five years on Friday night, probably needs bigger fights to motivate him after eight years as a pro.

Ahead of this contest, Farrell said: “I’m the best he’s boxed, the most experienced, the most skilful. He hasn’t had the fights I’ve had, the ups and downs I’ve had. Let’s see how good he is.”

Eubank has the smooth, unhurried look of a Eubank – Chris Jnr is his cousin – and says having one of the most famous names in British boxing has pushed him on.

“If your name is Eubank,” Harlem said, “you’re a target and you have to use that to your advantage. You always get everyone’s best and that forces you to be resilient. That’s how you develop. You take your beatings and come through it.”

Eubank has had sink-or-swim spars under coach Adam Booth and come through them a better fighter.

Farrell goes along with the assessment of most in the trade that Eubank is much improved.

Farrell is a tough, honest competitor, but of the two, Eubank is the fresher and the fighter on the way up. We go for Eubank to win a very watchable fight on points.

Liam Williams (23-4-1) was beaten by Chris Eubank Jnr in February – and that led to a rethink. He returned to former coach Gary Lockett after spells with Dominic Ingle and Adam Booth.

Lockett will be in the corner when the 30-year-old Welshman returns to face Frenchman Nizar Trimech (9-3-2).

The loss to Eubank was a strange affair. Williams went down four times that night, but in between the knockdowns, he boxed well. In fairness, knockdowns in the first, second and fourth rounds gave Eubank Jnr a cushion so the urgency in his work disappeared somewhat.

“Apart from the knockdowns I probably would have won the fight,” Williams told Boxing News.

“I wasn’t 100 per cent. I haven’t been too downhearted because there was stuff going on that put me at a disadvantage.”

Trimech has drawn two and lost one of his last three against opponents with a combined record of 45-2.

There was a draw with Poland’s Kamil Szeremeta (21-2), the former European champion who lasted into the seventh round with Gennady Golovkin.

Expect Williams to stop him late.