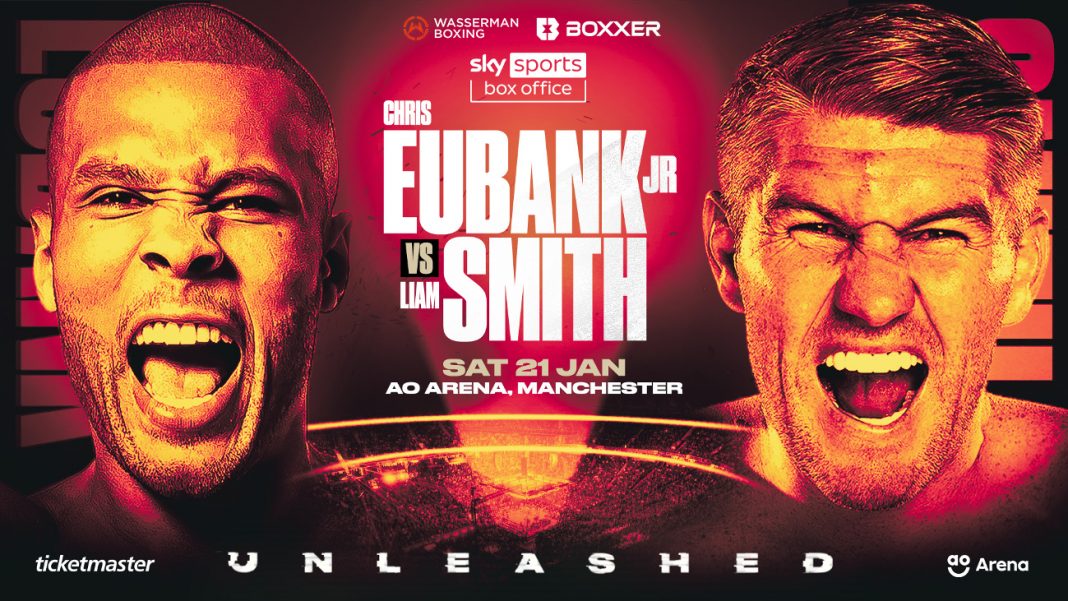 For Eubank Jr, this is a replacement for his fight with welterweight Conor Benn.

The message that some boxing fans will get from this fight is that Eubank Jr. is more interested in fighting opposition from weight classes below him than taking on fighters his own size and furthering his career.

Some would say that Eubank Jr isn’t focused on trying to win a world title, and only wants to get paydays against local lads, particularly if they’re smaller than him.

In real terms, it’s a step down for Eubank Jr from some of the fights he’s had lately, but it’s still a decent match-up.

It would be better at this late stage in Eubank Jr’s career to be fighting highly ranked middleweights like Jaime Munguia than dipping down to the 154-lb division to face the fading Liam Smith, but it’s a business fight for him.

It’s a questionable move on the event organizers to place the Eubank Jr vs. Smith fight on Sky Box Office PPV because it’s essentially a domestic-level fight and NOT one that has any relevance to the world stage.

It’s a nice little domestic scrap, but this fight isn’t a stepping stone for either of them to win a world title, which is why it shouldn’t be pay-per-view.

Eubank Jr-Smith has been a fight that has been brewing for at least a decade, and it’s a little late in the game for the fight to be taking place.

As the saying goes, ‘better late than never,’ but it’s too bad the clash didn’t occur eight to ten years ago instead of at this point in their careers.

After Liam’s loss to Kurbanov in 2021, his career was seen as being over, but he’s rebounded with three straight wins, albeit against lesser opposition, but it’s still great that he’s back on the winning track.

Eubank Jr, 32, recently missed out on a career payday when his opponent Conor Benn tested positive for a banned substance, wiping out their mega-fight on October 8th.

“I’m glad to put it over the line for Team Eubank Jr. It’s a big event, and it deserves the time to promote it. It’s a big year. We’ve got a hell of a year.

“It’s been talked about since we signed junior. It’s got the makings of a British blockbuster. Sky Sports Box Office, January 21, at the Manchester Arena.

“We looked at a lot of options at middleweight. There’s Munguia, Felix Cash. There are some great fights out there. The [Conor] Benn fight is inevitable [for Eubank Jr], given that Benn is cleared for whatever they do, but we can’t wait.

“They have to sort their stuff out. That’s a case that needs to be heard. I believe that’s underway. At the same time, we’re Team Eubank, and we have to move on.

“We have a strategy for the year, but you can’t overlook someone like Liam Smith. It’s a tough, tough fight. It’s a fight that fans have called for. I’ve had a long history with the Smith family on the winning and losing side. This fight has something very special about it.

“It’s a little early. The ink is just drying,” said Sauerland when asked about the undercard for Eubank Jr vs. Smith. “They don’t get better than this. It’s going to be a great build-up and a fantastic fight, I’m sure.”