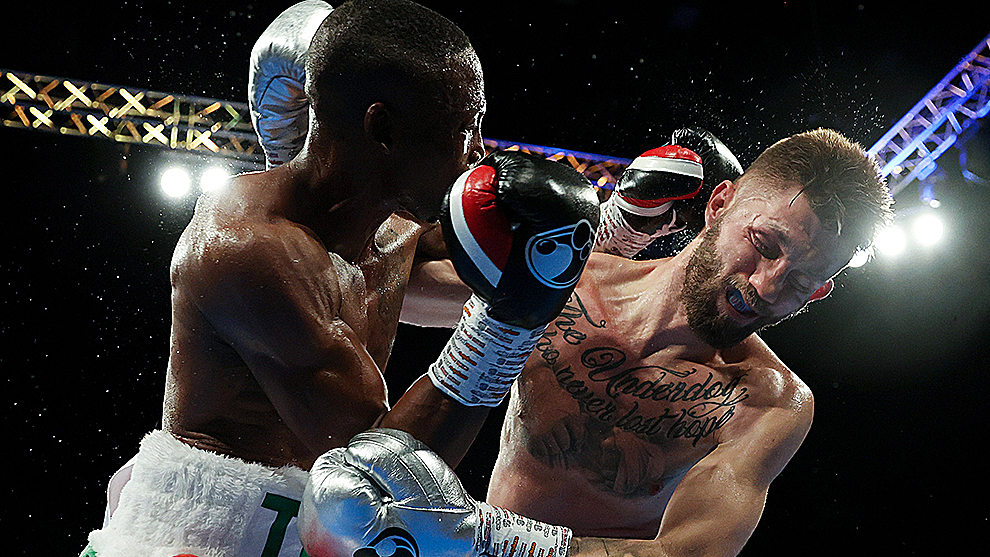 YESTERDAY afternoon (November 21) Doncaster’s Jason Cunningham, a regular panellist for Boxing News, was all set to answer the latest couple of questions sent his way for this week’s edition of the magazine when suddenly he found himself unable to think of anything other than the current status of his own career.

Quite unexpectedly, in the middle of the afternoon Cunningham had discovered, via a post on Twitter, that the last man to fight and beat him, South Africa’s Zolani Tete, had reportedly failed a performance-enhancing drug test following their fight on July 2. This news, reported yesterday by The Daily Dispatch, a South African newspaper, was to immediately change not only Cunningham’s frame of mind but also, potentially, the lens through which he views his own career and year to date.

After all, should it now be confirmed Tete, 30-4 (23), did something illegal ahead of their July 2 fight, there is every chance he will serve a lengthy ban and that his fourth-round stoppage of Cunningham will be changed to a No Contest. “My head’s done in from what I’ve just found out,” Cunningham, 31-7 (7), told us when the news broke yesterday. “I’ll be back to your (panel) questions shortly.”

There are, of course, far more pressing questions Cunningham must now ask, with answers required from other people, not him. Indeed, he said he will be contacting the British Boxing Board of Control today (November 22) in search of these answers.

All we know so far, in terms of the process, is that the UK Anti-Doping Agency (UKAD) relayed its initial findings to the SA Institute for Drug-Free Sport, which then informed Boxing SA. This was confirmed on Sunday by BSA Acting CEO Nsikayezwe Sithole, who told The Daily Dispatch, “We are engaging with Tete’s team and they have advised us they will challenge the finding.”

The performance-enhancing drug for which Tete failed his test wasn’t identified by The Daily Dispatch, but Tete’s manager, Mla Tengimfene, revealed his fighter had arranged to have his “B” sample tested Tuesday. “We are confident that this is one big mistake,” Tengimfene said. “Zolani has no knowledge of this and in all the years I have been with him he has never failed a dope test. It baffles me that he would do it now at the tail end of his career.”

Should Tete’s “B” sample show a positive result for the same substance there is a possibility the British Boxing Board of Control will suspend the 34-year-old former WBO bantamweight belt-holder for the maximum of four years, though rare is it we see boxers receive the full punishment in these kinds of situations. In the meantime, Cunningham, a man whose career was derailed by Tete in July, can do no more than wait to learn whether he was unfairly beaten that night in London and whether his career, as a result, was derailed by illegal means.