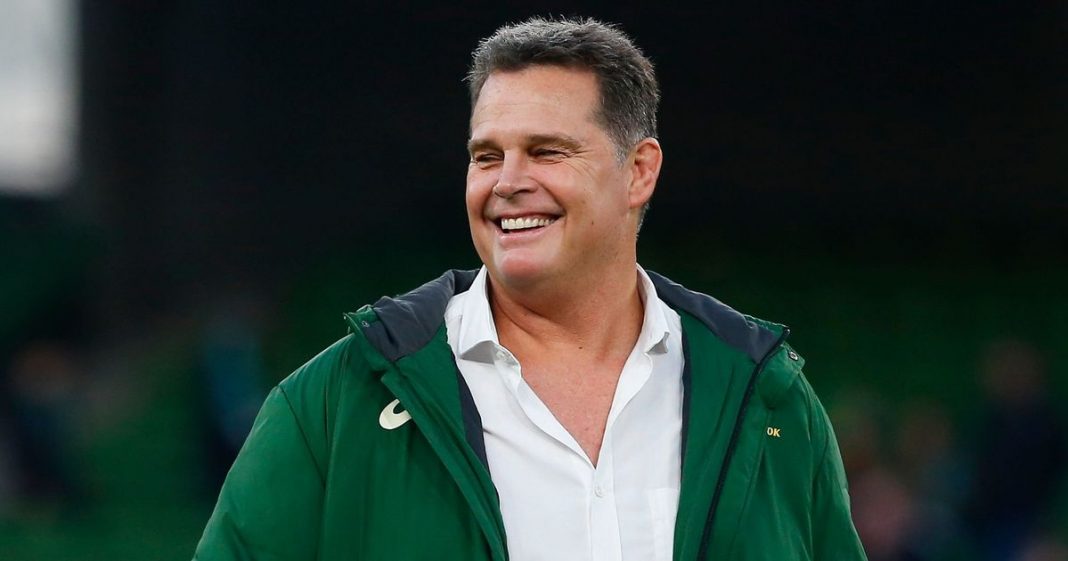 South Africa’s director of rugby Erasmus was handed a two-game ban by World Rugby for his latest antics after posting videos on social media criticising referees.

Erasmus sarcastically questioned the decision-making of referee Wayne Barnes in South Africa’s narrow defeat to France last week, and also went public with his frustration over the officiating in the defeat to Ireland.

The ban means Erasmus will not be at Twickenham for England ‘s closing match of the autumn series against the Springboks. Erasmus’ punishment for airing his grievances on Twitter comes shortly after he returned to rugby following a year-long suspension. The 50-year-old was slapped with a 12-month ban after releasing an astonishing hour-long video tearing apart the performance of referee Nic Berry in the first Lions test last year.

Erasmus’ startling conduct has made him a maligned figure among opposition fans. His persistent antics have led to speculation that there is now a reluctance among officials to take charge of South Africa matches, with backlash seemingly now expected from the director of rugby along with fervent Springbok supporters.

And Smit, who led the Springboks to World Cup glory in France 15 years ago, believes the actions of Erasmus are making his national team difficult to like.

“It’s hard to defend him,” Smit told BBC Sport’s Rugby Union Daily podcast. “The way he has approached this is not right. Are you telling me Rassie is the only coach frustrated by a call that has gone the wrong way? Something has to be done. There has to be a line that has to be drawn, and he is making it difficult for his team. It’s made us, as a rugby team, so easy to dislike.”

Meanwhile, legendary former South Africa lock Victor Matfield believes South Africa’s rugby governing body must make their stance clear on whether they support Erasmus’ actions, as they have so far remained silent on the issue.

“We’re in a position where he is our director of rugby and he is the face of SA Rugby,” Matfield told News24. “He has been tapped on the fingers twice from the IRB (World Rugby) and SA Rugby is saying nothing,”

“Either SA Rugby must stand with him and say that they’ll back him 100 percent or someone from SA Rugby needs to talk to [him] and make him stop what he is doing.”