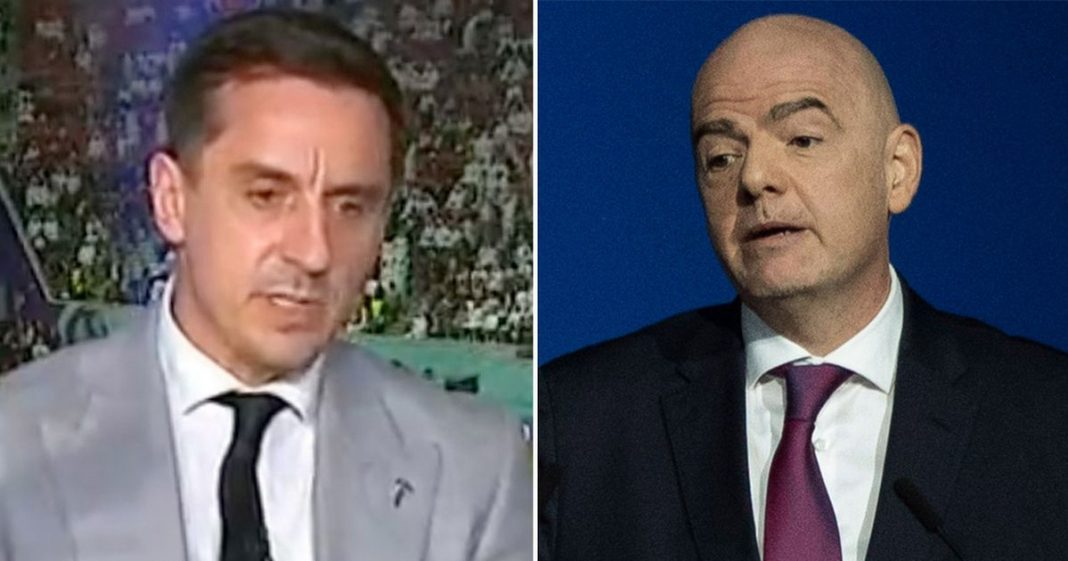 The World Cup finally got underway on Sunday evening with 12 years of lengthy planning coming to fruition with the first match.

The controversial tournament kicked off with a glitzy opening ceremony at the Al-Bayt Stadium in Al Khor featuring Hollywood legend Morgan Freeman. Attention then turned to the football with Qatar becoming the first ever home nation to lose their opening game – Ecuador running out 2-0 winners.

The tournament itself remains shrouded in controversy with a number of shocking stories coming out of the Gulf state. Here are the latest developments from over in Qatar from the last 24 hours:

Riot police were called in to tackle crowd chaos at a World Cup fan zone – just as the tournament kicked off. Thousands of supporters had pushed and shoved against police lines to enter a secure area as Qatar’s clash with Ecuador was getting underway.

Helmeted police officers armed with batons and shields were drafted in to stand guard at the entrance, with shoving then breaking out as crushed fans begged to enter the zone.

It wasn’t clear if anyone was injured or arrested. Similar problems were reported on Saturday night at a pre-World Cup concert as people tried to push their way inside the same six-mile long zone on Doha’s seafront Corniche.

Who do you think will win the World Cup? Share your predictions in the comments below

Former Manchester United defender Gary Neville has torn into FIFA president Gianni Infantino following his controversial comments on the eve of the tournament.

Speaking to beIN Sports, he said: “I mean, he’s [Infantino] a terrible face for football – that guy [Infantino]. Some of the things he said yesterday were inappropriate and shouldn’t be said by him. He should be statesmanlike – he should be bringing people together.

“He’s the global representative of football – not answering to one or two nations, which he seemed to be doing yesterday. He’s got to rise above it. I’m sick of these leaders – like Johnson, likes Trump, like Infantino, like [Sepp] Blatter, who to be fair don’t unite.”

Read his comments in full here.

An early candidate for the World Cup Golden Boot, Enner Valencia was forced off in his nation’s 2-0 victory over Qatar with injury.

The two-goal hero has given assurances over his fitness though by suggesting that he “hopes” to be okay to play in Ecuador’s next group game against the Netherlands.

He said: “The doctors will assess me, but I hope to play in the second game against Holland.”

Find out more about his injury here