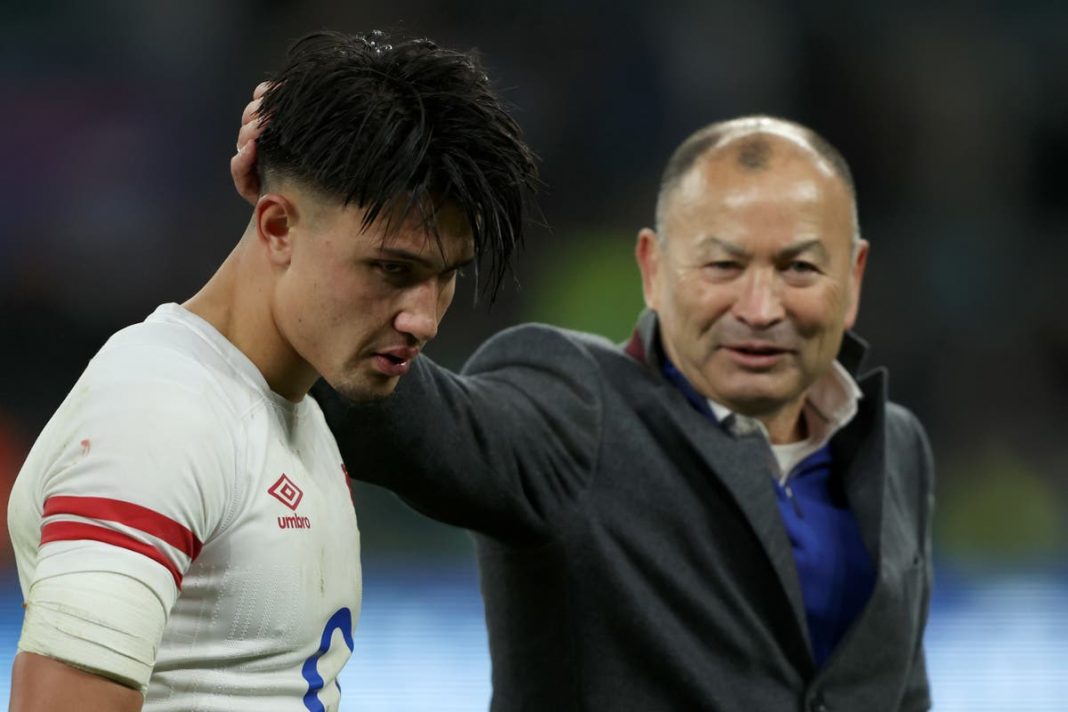 ngland have defended opting to punt out for a draw against New Zealand rather than chase a madcap victory at Twickenham.

Will Stuart powered over twice with Freddie Steward also crossing as England turned a 25-6 deficit into a 25-25 tie inside eight minutes in west London.

New Zealand kicked off the final play with Beauden Barrett in the sin-bin and on the ropes, but Marcus Smith booted out to seal full-time on a turbulent encounter.

Head coach Eddie Jones and captain Owen Farrell both stuck by the decision to settle for the draw, at the end of a match where for all but 10 minutes the hosts looked en route to defeat.

Dalton Papalii, Codie Taylor and Rieko Ioane powered in for scores that catapulted New Zealand into total control past the hour.

But all of a sudden England started attacking with pace, verve and threat, with the replacements making a big impact. Stuart capped a fine move, with Barrett sent to the bin as a result, and that sparked a stunning comeback.

Steward crossed and Stuart grabbed his second, and Smith’s conversion levelled the game. England fans all over Twickenham appeared stunned by the home side’s decision to take the draw, but captain Farrell was staying level about the issue after an absorbing clash.

“We just wanted to see where we were at off the ruck after the restart,” said Farrell. “If we got on the front foot, then we had an opportunity and we would have wanted to take it. If not, we wanted to make a good decision. And I think that was what was done.”

Farrell hailed England’s mental fortitude to hit back after the home side were all-but out of the contest.

“The belief showed by the team in that second half was outstanding,” said Farrell. “I felt like we were always in the game, even though it didn’t reflect it.

“Some other teams or even better teams would have dropped off. It didn’t feel like we were going to. But we stayed at it and had proper, proper belief today, and I’m proud of the team for that.”

All Blacks boss Ian Foster admitted his surprise that England did not chase the win at the death. The New Zealand head coach suggested his side would have pushed for a victory had the roles been reversed.

“Yeah, I was surprised they did that,” said Foster. “All I know is that if we flipped it over I would have liked our guys to have a crack.

“So I’m not sure what their tactics were. To be fair to them, they were running hot for seven, eight minutes and they probably felt like getting back to a draw was a massive achievement in that time. We’ll certainly be more disappointed with the result than them.

“We came and played some great rugby. And in our minds we should have walked away with a win.”