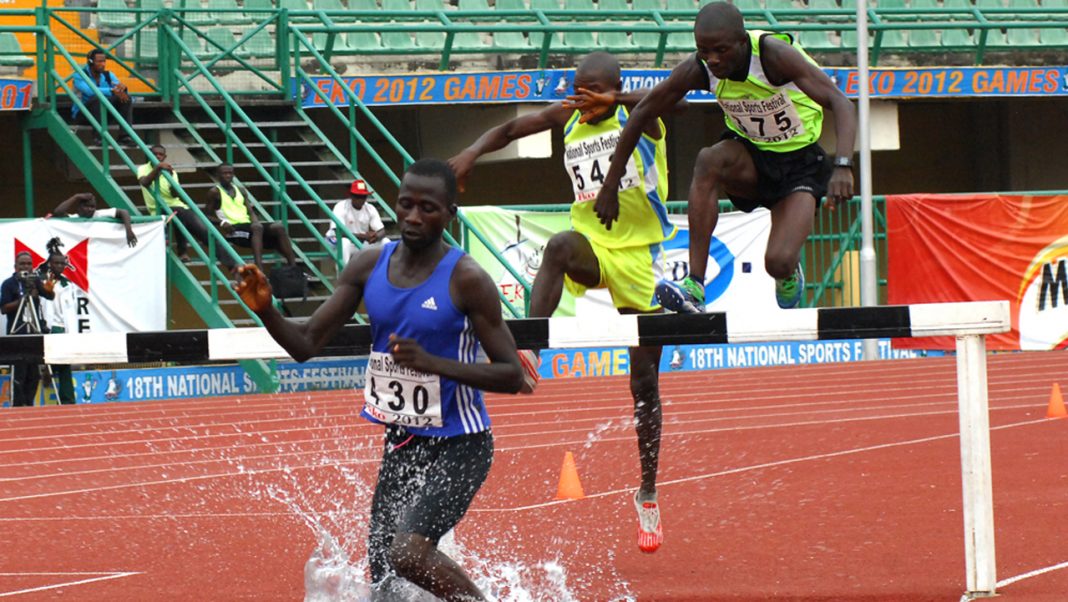 Okowa, who is the Vice Presidential candidate of the Peoples Democratic Party (PDP), paid a visit to the Stephen Keshi Stadium, Asaba, where he expressed satisfaction with the level of work done so far.

He, however, advised the site engineers to be safety conscious.

Okowa was accompanied by some members of his executive council, including the Secretary to the State Government, Chief Patrick Ukah (who is the Chairman of the Local Organising Committee), the co-chairman of the LOC, Chief Tonobok Okowa, and the Adviser to the LOC, Evangelist Solomon Ogba.

The governor inspected facilities, including the new indoor sports hall and multi-purpose complex, the new swimming pool, the new weightlifting gymnasium and the main bowl of the Stephen Keshi Stadium, where new tartan tracks are being laid.

Meanwhile, Secretary of the LOC, Chris Anazia, has said that the November 28 to December 10 scheduled date for Asaba 2022 National Sports Festival still stands.

Anazia, who is the Director General of Delta Sports Commission, revealed yesterday, that work has reached an advanced stage in both the indoor sports hall and the tartan track.

“All the necessary facilities inside the indoor sports hall are being fixed. Those in charge of painting are also working. The tartan track is getting shape. In a couple of days from now, the entire complex will change and we are looking forward to welcoming athletes from all over the country on November 28,” Anazia stated.