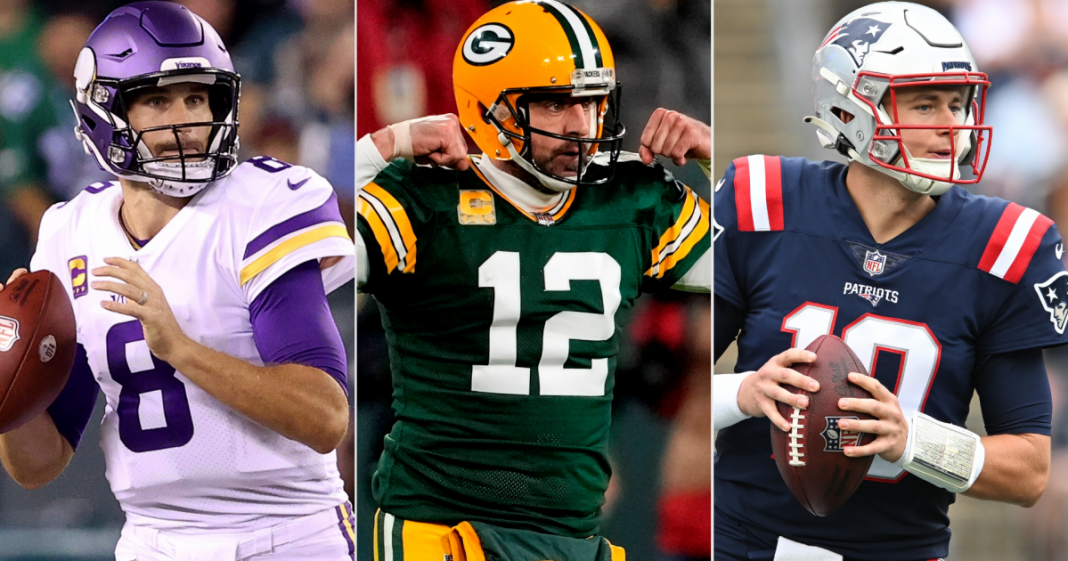 Week 10 in the NFL saw some surprise underdogs and reliable favorites delivering at home. There were still some shocking results, led by the Vikings and Packers rallying to stun the Bills and Cowboys, respectively, in overtime.

There also was one team, the Colts, that changed its potential identity from earlier in the week to becoming something old/different later in the week. At this point in the season, it’s about finding teams that more predictable in the sea of unpredictability.

Here’s are Sporting News’ picks against the spread for every NFL Week 11 game.

NFL picks against the spread for Week 11

The Titans won’t be shy about their run-heavy game plan with Derrick Henry per usual, looking to set up big pass plays off that. The Packers used that philosophy to perfection last week, with Aaron Jones and A.J. Dillon facilitating deep shots from Aaron Rodgers to rookie Christian Watson. Rodgers at Lambeau at night is easier to trust than Tannehill on a short week.

The Vikings are coming off a long emotional road overtime win. The Cowboys are coming off a long emotional road overtime loss. That seems like a cocktail for a letdown and a rebound. Minnesota is feeling it in close games this season and can use power running effectively with Dalvin Cook again. The Cowboys’ secondary will struggling giving up more big plays to Justin Jefferson. Dallas doesn’t have the same firepower answer, especially when Dak Prescott isn’t playing as consistently well as Kirk Cousins.

The Jets and Patriots are coming off byes. Second-year first-round QB Zach Wilson will again lean on a run-heavy attack. So will second-year first QB counterpart Mac Jones. Bill Belichick’s team won the first meeting in New York 22-17 to end October and he will be well prepared for the mid-November rematch in New England. The Jets remain too one-dimensional and not multiple enough to win here while the Patriots will introduce new offensive wrinkles.

Justin Fields is a Georgia native. He will love this homecoming game against another defense that will let him run free and throw deep on the fast track in Atlanta. The Falcons are turning the corner from competitive to freefall. They don’t have the weapons to take full advantage of Chicago’s defensive weaknesses.

The Bills have been disappointing with Josh Allen’s poor play the past few weeks. Buffalo is simply overdue for a get-well game with a strong finish at home. Cleveland can run to stay in the game for a while, but Jacoby Brissett will need to deal with the Bills’ pressure in time and the Bills also can flip the script with Devin Singletary and their own rushing attack to help settle Allen. The Browns don’t need to travel far up Lake Erie, but there will be nothing strange about the result.

The Eagles will be recovering from a short week and playing the Commanders. The Colts are riding a high after winning Jeff Saturday’s debut in Las Vegas. Matt Ryan, with his QB job fully back will be pumped to face a team from Philly, his hometown. Nick Sirianni, however, also will want to prove how well he’s done since leaving Indianapolis. The Eagles will be OK giving up some rushing yards to Jonathan Taylor knowing they can tee off on Ryan later in the game once Jalen Hurts and the offense sets up a positive game script.

The Rams will hope to have Matthew Stafford back from his concussion, but he’s set to be down his critical go-to guy, Cooper Kupp. The Saints’ run defense has become vulnerable of late, but the Rams can’t run with their backs or Stafford. New Orleans will be fine with the one-dimensional attack with Kupp not there to exploit its secondary issues. The Saints win this game with their front four and offensive line both winning their collective matchups.

The Giants won’t hide their run-heavy game plan with Saquon Barkley and a good chunk of Daniel Jones. The Lions need to counter with the run themselves, but they will be in trouble when Jared Goff needs to put the ball in the air too much on the road outdoors in the November win of MetLife Stadium.

Baker Mayfield returns to Baltimore while playing for a team not in the AFC North. This is a tough draw against a Ravens’ defense that keeps getting better overall every week and is coming off a bye. The running and passing of Lamar Jackson will be challenging for the Panthers’ defense on the road with more of his critical help healthy.

The Commanders have the run defense to slow down Dameon Pierce. They also can commit enough to Antonio Gibson and Brian Robinson Jr. in their own rushing attack game to exploit the league’s worst run defense. Taylor Heinicke and Davis Mills will trade their share of mistakes in the passing game, but in the end the Commanders have more reliable receivers across the board.

The Raiders and Broncos are two of the league’s biggest disappointments in the same division. Derek Carr has reached new frustration levels with limited overall support beyond Davante Adams, Josh Jacobs and Maxx Crosby. The Broncos are trying to manage injury on top of offensive ineffectiveness. Denver feels a little more motivated and tends to play better at home, especially defensively.

The Bengals likely will be without Ja’Marr Chase for one more week so they’ll stick with their smart grinding offense with more of Joe Mixon. The Steelers are getting Kenny Pickett to protect the ball and their young playmakers are starting to come through for him. The Bengals also have too many key defensive holes to pull away and totally shut down their hosts.

The Chiefs need to run more than they usually do to attack the weak point of the Chargers’ defense. They will mix in just enough with the power with Isiah Pacheco to set up big pass plays down the middle of the field for Patrick Mahomes. The Chargers just don’t have enough healthy firepower around Justin Herbert to avoid being swept.

The 49ers will be more aggressive with their passing game and Jimmy Garoppolo playing off a threat of chunk runs from Christian McCaffrey and Elijah Mitchell. McCaffrey also was a handful for Arizona as a receiver earlier this season while playing for the Panthers. The defense also is vulnerable to No. 2 receivers and the tight end, which helps Brandon Aiyuk and George Kittle. If Kyler Murray can return, he would have plenty of problems doing much on the 49ers’ defense.

Season record against the spread: 74-71