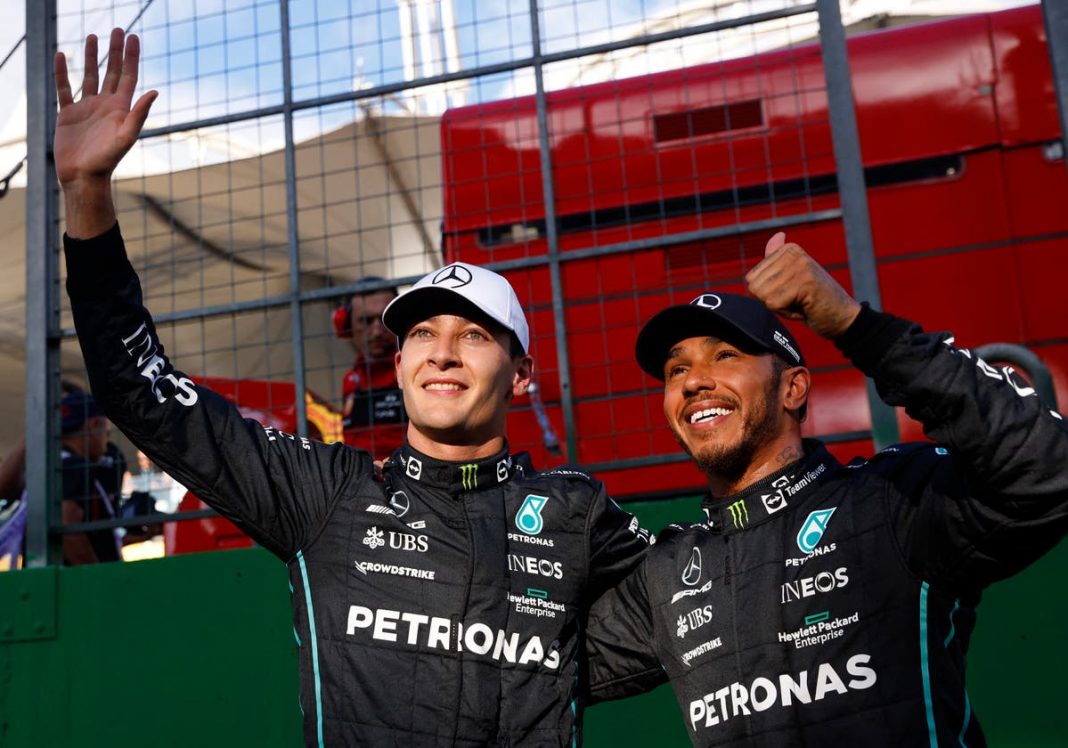 eorge Russell leads a Mercedes front-row lockout at the Sao Paulo Grand Prix after he passed Max Verstappen to win a thrilling sprint race on Saturday.

Verstappen went on to finish fourth after a collision with Carlos Sainz on a frustrating day for the world champion, an experience he has not had much of this season.

Hamilton passed Verstappen to take third but starts Sunday’s race second on the grid because Sainz has a five-place grid penalty for taking a new engine this week.

Kevin Magnussen celebrated his 100th race for the Haas team by claiming a sensational pole for the sprint race, but ended up finishing in eighth.

Magnussen maanged to complete a lap before the rain fell at Interlagos on Friday and produced a shock result to shake things up in Sao Paulo.

The penultimate F1 race of a long season in which Verstappen has largely dominated sees the final outing of the Sprint for 2022.

Verstappen won in Mexico a fortnight ago to set the record for the most victories by a driver in a single campaign and Ferrari’s poor showing suggests only the Mercs can take the fight to Red Bull in the final races.

Here are all the details for the Brazil GP weekend…

When is the F1 Brazilian Grand Prix?

What time is the F1 Brazilian Grand Prix?

A different weekend schedule started with first practice on Friday, ahead of qualifying Saturday had second practice before the F1 Sprint.

Where to watch the F1 Brazilian Grand Prix?

TV channel: In the UK, the race will be shown live on Sky Sports F1. Coverage of Grand Prix Sunday starts at 4.30pm.

Free highlights will be available to watch on Channel 4 at 10.55pm.

How does the F1 Brazilian Grand Prix Sprint race work?

Saturday’s Sprint determined the order for Sunday’s race. Here’s how the Sprint finished: