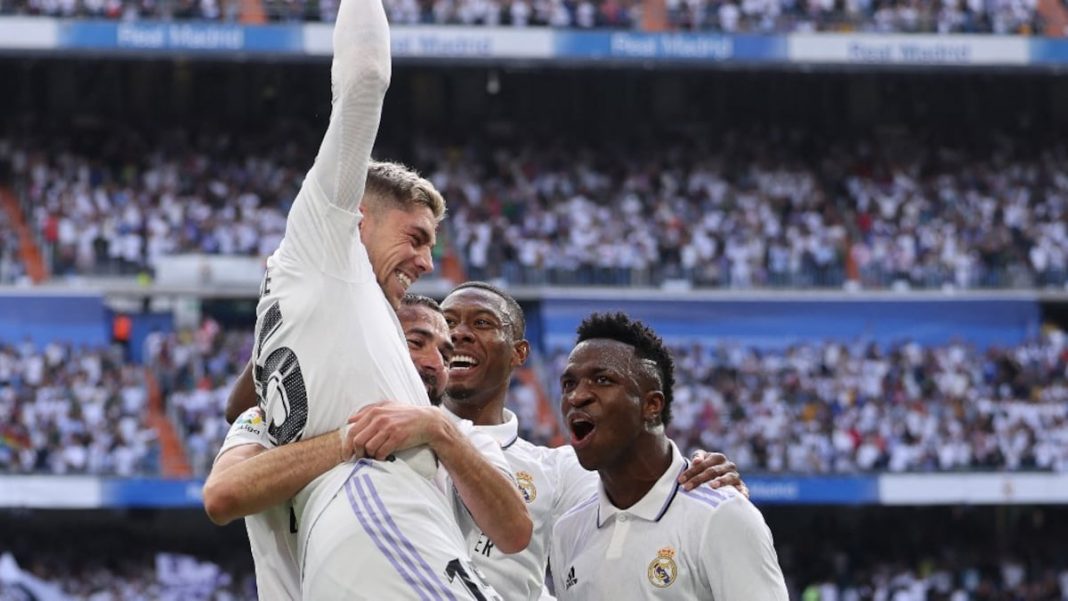 UCL Draw Live: Who will Real Madrid face in Round Of 16?© AFP

The UEFA Champions League Group stage concluded with some entertaining matches and now all eyes would be on who comes up against one another in the Round of 16. All eyes would be on who defending champions Real Madrid face. While Bayern Munich was the only team to qualify for the Round of 16 by winning all 6 of their group matches, Spanish giants Atletico Madrid failed to even qualify for the Europa League, finishing bottom of the four teams in their group.

4:39PM: A total of 4 teams have qualified for the Champions League from the Bundesliga as well as the Premier League. The Italian Serie A will have 2 teams representing their league in the Champions League while Spain would only have 1 participant this time, the defending champions Real Madrid.

4:28PM:Proceedings about to begin. All eyes on the Champions League Draw

4:22PM:All in readiness! Who will be the champion this time around?

4:21PM:The draw would be taking place at the UEFA Headquarters in Nyon.

4:16PM:Real Madrid are the defending champions of the UEFA Champions League. They had defeated Liverpool in the summit clash.

4:12PM: The draw will begin at 4:30PM IST. It would be telecasted on Sony Sports Network while the live streaming would be available on SonyLiv. Stay tuned.