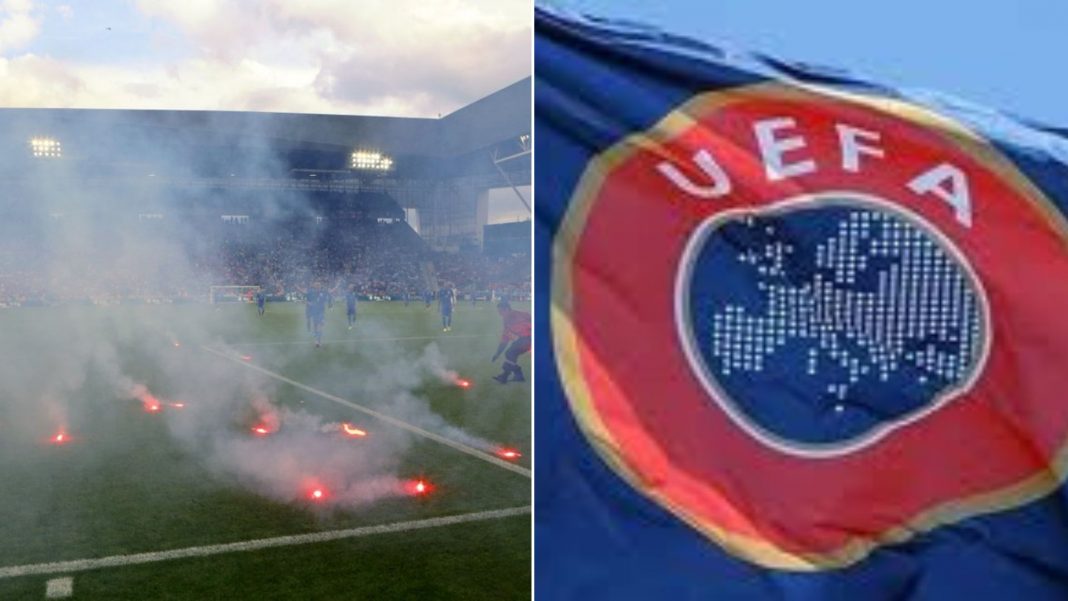 Croatia’s football federation has been punished by UEFA on Friday for “racist and discriminatory behavior” by their fans at the team’s last match before traveling to the World Cup.

According to the report in Daily Mail, UEFA has not specified the incidents that took place during Croatia’s 3-1 win over Austria in the Nations League in September. The match, unfortunately, had reports of insults ‘directed by fans at the federation and far-right chants’.

The Croatian body has been fined 20,000 euros for the ‘discrimination‘ and 23,000 euros for ‘other incidents‘ during the game in Vienna. UEFA also ordered that a section of their stadium to be closed when Croatia play Wales in March to kick off their European Championship qualifying group.

This is not the first time the Croatian football federation has been charged by the UEFA for fan disorder. During the Euros 2016, the game between Croatia and Czech Republic was forced to be stopped for ‘several minutes’ after Croatian fans ‘threw firecrackers and lit flares‘ on the pitch. They were also heard singing ‘far-right songs‘ and displayed ‘offensive banners at the stadium‘.

The 2018 World Cup runner-up will be playing Saudi Arabia in Riyadh on November 16th in preparation for the World Cup before flying off to Qatar. They are in the group with Belgium, Canada, and Morocco.